Hurricane Katrina: 10 Years After the Storm 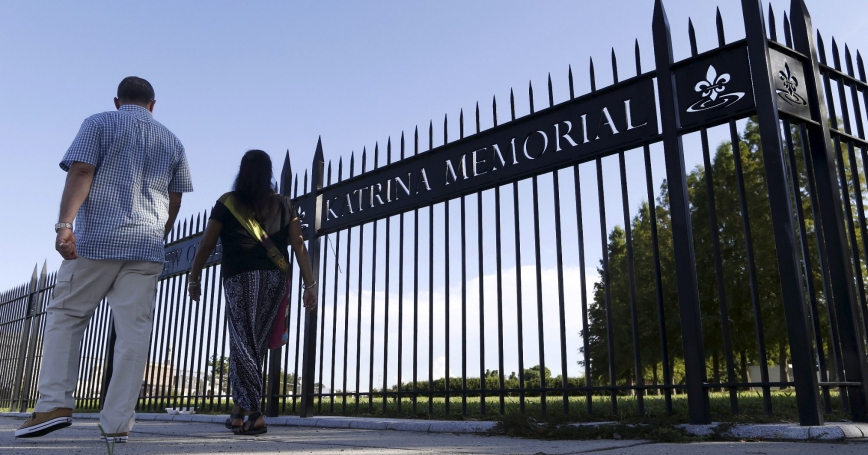 Saturday marks 10 years since Hurricane Katrina ravaged the Gulf Coast. It was the costliest and one of the five deadliest hurricanes (PDF) to ever strike the United States. Hundreds of thousands of people were displaced. Many homes and other structures were destroyed. And more than 1,800 people lost their lives.

As the region struggled to cope and rebuild, RAND experts worked and continue to work on solutions to the region's long-term challenges. To mark the decade that has passed since the storm, here are highlights from our efforts to inform public policy in the Gulf States region. The work has been recognized for making an impact while also providing lessons and insights for the future.

RAND research and analysis has helped Louisiana better understand how to improve coastal conditions through investments in storm protection and coastal restoration.

These efforts included a risk assessment model and a planning tool. The risk assessment model estimates the potential damage of future storms, including land loss and its associated costs. The planning tool analyzes data to help develop alternative sets of projects that optimize efforts to reduce property damage from flooding and increase land building along Louisiana's coast.

This work played a prominent role in the development of Louisiana's 2012 Master Plan for a Sustainable Coast. It continues to guide major investment decisions and future planning efforts.

To help communities bounce back from disasters, RAND experts have been working on the forefront of community resilience, examining how to blend science on human resilience with insight on infrastructure policy. Resilient communities have the ability to withstand, recover from, and learn from disasters.

Experts created an online training course to help communities strengthen their resilience to a range of acute and chronic stresses and a toolkit for talking about the concept, along with among many other resources.

Effects on Students and Schools

Many of the 200,000 Louisiana students displaced from public schools by Hurricanes Katrina and Rita, which hit during the same season, may have suffered academically. A 2006 RAND study noted that most of these students missed weeks or more of school due to the storms. Besides losing valuable instruction time, students had to adapt to new schools and new curricula while grappling with traumatic events, such as the death of a family member or friend.

The associated trauma also had mental health implications for the region's youth. While initial efforts by schools to support mental health needs were strong, RAND research showed that most were unable to sustain the support over the longer term. Additional work by RAND experts shows that schools are a promising setting for helping children exposed to trauma and that school-based treatment can reduce barriers to care.

RAND researchers examined Katrina's short- and longer-term effects on labor market outcomes. Looking at patterns for people in the states most affected by the storm, RAND experts found relatively short-lived negative consequences, followed by eventual recovery. But those who evacuated were harder hit in terms of labor force participation and employment. This has implications for future acute disasters but also for how a region responds to any chronic stress. According to researchers, targeted assistance for displaced people, especially those who do not return soon after a disaster, could make a difference.