Political Scientists and the Military 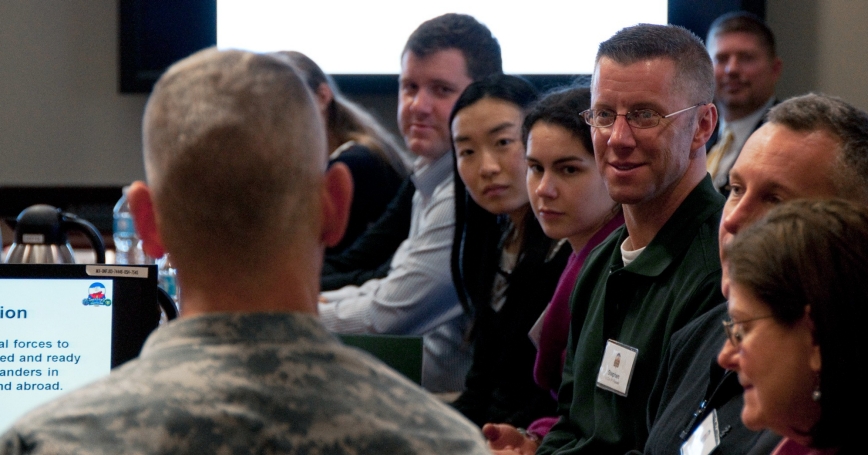 In a conversation a few years ago with one of us, a senior political scientist from a prominent Ivy League university asked for insights on how to offer defense policy advice on a contemporary Middle East security issue. It quickly became clear that this academic had no idea of the overall structure of the defense policy community, much less specific ideas about who to approach or how best to offer advice. Specifically, this individual wanted to approach the military leadership but did not know the difference between the service chiefs and the chairman of the Joint Chiefs of Staff, much less understand the unique roles of the Joint Staff, combatant commands, or Special Operations Command. Moreover, this person was uncertain what was actually under the purview of the military leadership when it came to selecting and implementing policy recommendations. As the conversation went on, it became clear that this expert lacked the most basic understanding of the defense policy world and especially of how the military fit into it. The academic's opportunity to offer advice, unsurprisingly, never materialized.

Though the international relations community has for some time focused on the need to “Bridge the Gap” between academia and policy, the above anecdote illustrates an important aspect of this divide that has received far less attention: the lack of military expertise in academia. Indeed, while articles in the Schoolhouse series here at War on the Rocks, journal articles, and entire books have been dedicated to closing the broader gap, they have collectively overlooked the military component. We highlight here bridging the academic-military gap because both communities can contribute to and learn from one another, and because greater interaction will ultimately lead to improved policymaking and policy-relevant research....

Paula Thornhill is a retired USAF brigadier general and a senior political scientist at the nonprofit, nonpartisan RAND corporation. Rachel Whitlark is a post-doctoral research fellow with the Project on Managing the Atom and International Security Program at the Belfer Center for Science and International Affairs within Harvard University’s Kennedy School of Government.

This commentary originally appeared on War on the Rocks on August 10, 2015. Commentary gives RAND researchers a platform to convey insights based on their professional expertise and often on their peer-reviewed research and analysis.