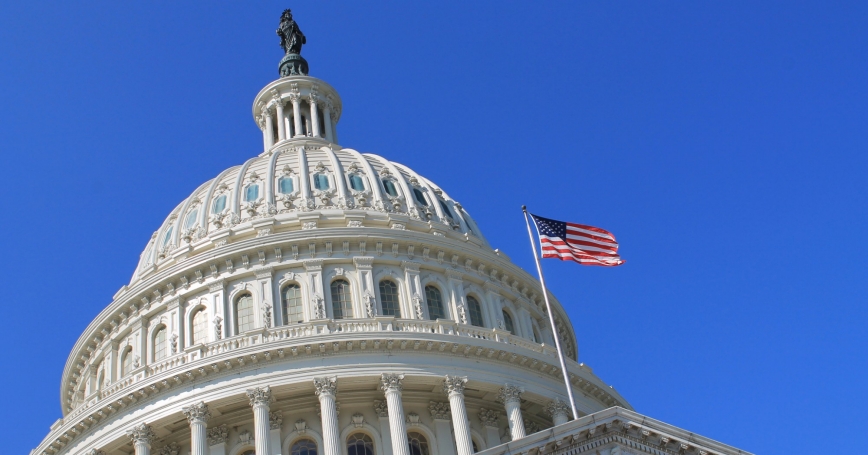 With the House adjourned for the summer and the Senate set to wrap up later this week, the strenuous pace in Washington will slow somewhat, affording a welcome break for busy congressional staff. However, important issues remain on the table for the fall session, so RAND has developed a list of must-read research and commentaries that will help ensure that policymakers are ready to dive right back in this fall.

Among the first items likely to top the fall agenda is consideration of the Iran nuclear agreement. For the last two years, a team of RAND researchers have considered key questions about what might happen in the days after a deal. Now, with the agreement being examined on the Hill, fresh questions have arisen about what would happen if Congress scuttles the deal. According to Dalia Dassa Kaye, director of the Center for Middle East Public Policy, “failure to reach or approve a deal would likely produce one or more of the following: an expanded Iranian nuclear program; an erosion of broad international sanctions without any benefit to regional and global security; heightened potential for military conflict; and the loss of opportunities to work on major areas of common concern to Iran and the United States.”

In the wake of some recent high-profile data breaches, including a major one at the Office of Personnel Management that has rattled many federal employees, cybersecurity remains a top concern of lawmakers.

In the new report Defender's Dilemma, RAND researchers examine the perspectives and perceptions of private-sector chief information security officers, the development of network defense measures, and the role of software vulnerabilities. While government efforts aren't high on CISO's lists, researchers recommend the development of a government guide outlining how systems fail—similar to guides for aviation and medical fields—to help build a body of knowledge to educate companies with the goal of developing higher levels of cybersecurity. A community that is prepared to share what went wrong and what could be done better next time could produce higher levels of cybersecurity for everyone.

The U.S. Highway Trust Fund is running on fumes after passage of a short-term extension. As Congress debates a longer-term fix, questions remain about how to finance the package in an era in which the gas tax is no longer cutting it. To answer these questions, some state and federal policymakers have begun to explore a shift from taxing fuel to taxing vehicle miles traveled (VMT). These fees could be structured to reduce congestion, emissions, and wear and tear on roads. However, transitioning to VMT fees would introduce key challenges: public resistance stemming from privacy concerns, multiple technology and system requirement choices, and the administrative challenge of collecting fees directly from millions of drivers, rather than the status quo of levying taxes on a smaller number of fuel wholesalers.

Both the House and Senate were able to pass bills reauthorizing the Elementary and Secondary Education Act this year. However, there are policy differences in each chamber's respective bills, and the conference process for ironing them out is expected to carry over into the fall. In a series of commentaries, experts from RAND Education have compiled recommendations for Congress as it works to revamp the long-expired law. Researchers address a variety of issues, including requirements for testing, the federal role in improving schools, how Congress can help boost teaching effectiveness, and how policymakers can provide flexibility for educators to undertake promising new educational approaches.

The Obama administration recently announced a pilot program to allow incarcerated Americans to receive Pell grants and pursue postsecondary education. RAND researchers had previously found that allowing prisoners access to education can have huge effects. Individuals who participate in correctional education programs, including GED, vocational, or college studies, had a 13 percentage point reduction in their risk of being reincarcerated. And for every dollar spent on prison education programs, taxpayers save $4 to $5 in incarceration costs.

With the West facing a persistent drought and a devastating start to wildfire season, lawmakers are evaluating options not just on how to respond, but also on how to increase the region's resilience to prolonged periods of water stress. The House has already passed a bill to address the current drought, and the Senate has held a hearing on the issue.

But where should policymakers focus? A RAND team worked with the Bureau of Reclamation and water agency managers from all seven states in the Colorado River Basin to gauge the river system's reliability and to weigh the many options for managing the river's resources in an age of increasing needs and uncertain and potentially declining supplies. The study found that additional conservation should begin soon, no matter what. Additional water conservation is needed now in the municipal and industrial sectors throughout the basin. Within the next few years, additional agricultural conservation and water transfers between the basins should take effect. Lastly, the implementation of a variety of different desalination projects will likely be needed within the coming decade.