The Strategic Value of Terrorism 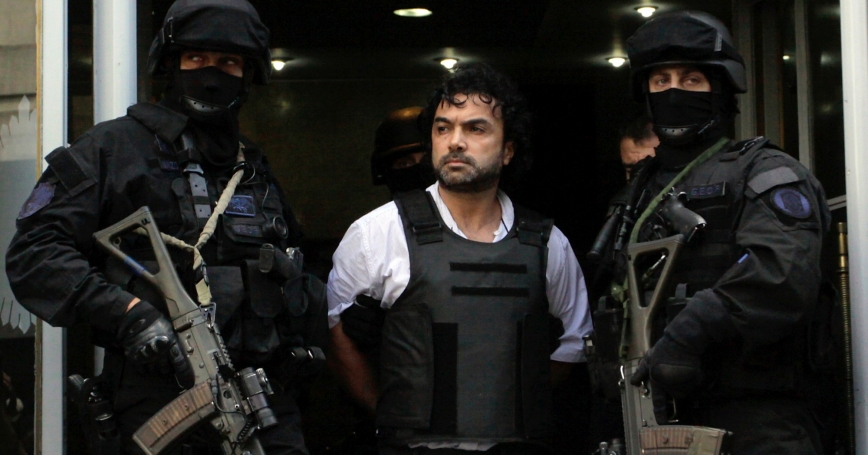 The convergence of ruthless terrorist networks and greedy criminal underworld operatives can pose unique and dangerous challenges. It offers terrorists access to human resources and skillsets that can enhance their operational capabilities, while it offers criminals new sources of profit and political rationalization. But convergence also entails risks for both terrorist groups and criminal gangs.

The specter of drug cartels lending their advanced skills in penetrating America's borders to bloodthirsty terrorists intent on attacking the American homeland may indeed sound terrifying, but such relationships are nothing new and hardly the perfect threat multiplier they may seem.

Terrorist groups engage in criminal activities to fund their operations all the time. They carry out bank robberies and engage in ransom kidnapping and extortion. The Irish Republic Army became deeply involved in insurance fraud. Terrorist organizations in Columbia, Afghanistan, and the Middle East derive revenue from drug trafficking. Hezbollah is involved in counterfeiting, including fabricating pharmaceutical products. The Islamic State runs a plunder economy, seizing mobile assets—automobiles, generators, construction equipment—in towns it captures to sell on the black market. Its destruction of ancient sites conceals a profitable traffic in antiquities.

Terrorists also recruit convicts into their own ranks, who can provide the militants with criminal skills and connections terrorists themselves may lack. They may also see convicts as victims of oppression by infidel capitalist society, or as individuals who may be especially vulnerable to their recruiting propaganda. Criminals may embrace extremist ideologies as justification and cover for crime.

Uruguay's Tupamaros recruited criminals as did Italy's Armed Proletarian Nuclei, which viewed them as “sub-proletarian.” And the terrorist label can provide a sort of underworld credibility to ambitious criminals. Terrorist leaders like Andreas Baader, a co-founder of Germany's Red Army Faction, and Donald DeFreeze, the self-proclaimed “field marshal” of the Symbionese Liberation Army, both began their careers as ordinary criminals who became radicalized through encounters with leftwing extremists.

At the same time, criminal syndicates are no strangers to the strategic value of terrorism. Italy's Mafia has long known this, carrying out fear campaigns that have included assassinating public officials and terrorist bombings to scare off investigators. Colombia's drug traffickers carried out kidnappings and bombings to dissuade the government from extraditing imprisoned comrades to the United States. Mexico's cartels employ classic terrorist tactics as well, including beheadings and mass murders.

Terrorist groups may commission criminals or collaborate on specific missions. In 2011, a senior Iranian official allegedly recruited his cousin in America to assassinate the Saudi ambassador to Washington. The cousin, in turn, reached out to what he thought was a Mexican cartel, that was, in fact, a U.S. undercover agent, to do the killing. This bizarre episode fueled concerns that Mexico's criminal cartels were already in league with jihadist terrorists.

But such alliances create dangers for both sides. A terrorist organization's criminal activities produce cash flows that can become ends in themselves. This can turn religious zeal into greed, transform political causes into for-profit criminal enterprises, corrupt individuals and tarnish the group's reputation among more devoted adherents.

Lacking the fervent dedication of their extremist partners, criminal elements are generally loyal only to profit and are certainly threats to double cross terrorists if it suits them. Criminal organizations are also more likely to be infiltrated by informants.

Perhaps of most concern to successful criminal enterprises is that alliances with terrorists could threaten their businesses by prompting authorities to target them for more aggressive enforcement. Mexico's drug cartels reportedly make billions of dollars a year and are not likely to engage with terrorists if it could mean a hit to their bottom line. When law enforcement problems morph into national security threats, the rules of engagement change—drone strikes could replace arrests and prosecution.

The notion that hostile governments will work through criminal cartels to avoid being held responsible for attacks works only to a degree. The United States has demonstrated its willingness to retaliate against those it considers to be state sponsors of terrorism—Libya and Iraq are two examples—no matter who carries out the attacks.

While terrorists and criminals joining forces is certainly a scary thought, it's nothing new and not something that works as simply in practice as it does on a white board. Still, it's a threat worth watching.

This commentary originally appeared on The Cipher Brief on August 25, 2015. Commentary gives RAND researchers a platform to convey insights based on their professional expertise and often on their peer-reviewed research and analysis.