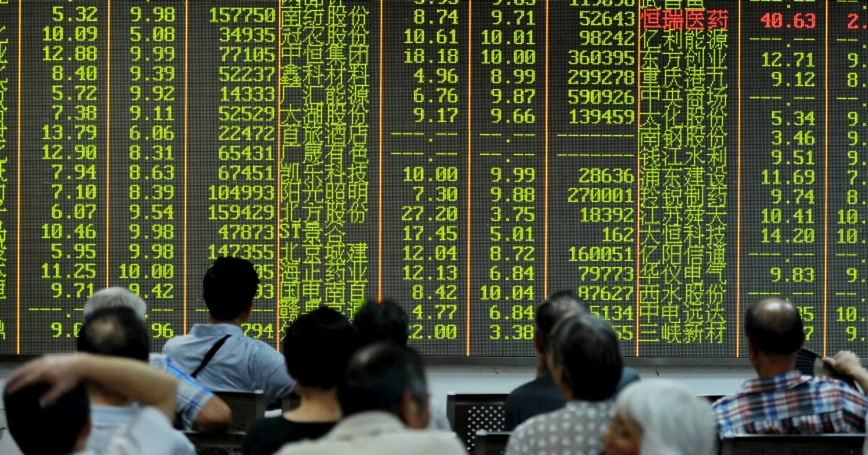 Last month, China devalued its currency, slightly lowering the bottom of the range within which market forces can determine the yuan's foreign exchange value. The central bank's announcement triggered severe repercussions in global financial markets—but it was inaccurate and incomplete.

The statement from the People's Bank of China (PBOC) hinted that the yuan—also known as the renminbi (RMB), literally “people's currency”—is likely to lose more value in the coming months. Strictly speaking, “devaluation” signifies movement from a higher pegged exchange rate to a lower, equally pegged rate. With the announcement foreshadowing gradual movement toward a lower foreign exchange value for the RMB, it's more accurate to characterize it as depreciation.

Even more indicative is what the disclosure left out. While acknowledging the underlying aims of offsetting GDP growth slowdown and boosting exports, the PBOC omitted any mention of other significant, if complicated, motives behind the depreciation.

Prominent among these goals is China's aspiration for the RMB to become an international reserve currency, along with the dollar and, to a lesser extent, the euro. With this aim comes the quintessential requirement that a reserve currency be freely convertible into other currencies—that is, freely “floating” in value relative to other currencies—rather than selectively convertible and partly blocked from conversion into other currencies, which is the RMB's present status. The RMB is readily convertible for companies, investors, and individuals that the PBOC and the State Administration of Foreign Exchange view as “approved” and “reliable.” Examples include Alibaba, Hua Wei, ZTE, Lenovo, and other brand-name Chinese companies, plus China's state-owned enterprises, such as the China National Offshore Oil Corporation, the China Chemical Company, and the China Petrochemical Corporation. “Approved” and “reliable” individuals include Zhang Xin, China's billionaire real estate developer, and a few others in the field (“reliable” includes a presumption that those so characterized will earn and transmit back to China sufficient dollars to overcompensate for their prior dollar investments). For other holders of RMB currency deposits, convertibility is often delayed, time-consuming, and uncertain. This large-scale government-managed convertibility is inconsistent with the freely floating convertibility of a global reserve currency.

The bank hoped the depreciation would be seen as moving the RMB closer to its “true” (or “equilibrium”) range in foreign exchange markets. China seemingly prefers that this appraisal be arrived at through a smoothly paced process in which market forces are “guided” by the PBOC rather than allowed to operate freely, which would make the currency prone to volatility. This preference is unrealistic and self-contradictory.

Another possible motive was countering the sharp downturn in the Shenzhen and Shanghai securities markets using the indirect instruments of monetary policy favored by the central bank, including expanding the money supply through gradual currency depreciation. But other members of the top leadership preferred and immediately invoked more direct and blunt instruments by suspending trading, disallowing short-sales, and making direct government purchases of vulnerable equities to counter the markets' precipitous fall.

Other salient aims of currency depreciation relate to key components of China's inflow and outflow of capital. On one hand, China's large (yet perhaps underestimated) GDP slowdown might be alleviated by foreign direct investment in China (capital inflow). On the other hand, GDP growth might be enhanced by Chinese companies' or individual investors' acquisition of higher-yielding foreign companies and equities (capital outflow). If and as gradual depreciation proceeds to a reasonably stable range, an appropriate balance between the two capital flows may ensue.

I conjecture that a “reasonably stable range” for the RMB's foreign exchange value is likely to lie between 7 and 8 RMB per U.S. dollar (1 RMB=13–14 U.S. cents), rather than 5–6 RMB per dollar (17–20 cents); today, its foreign exchange value is 6.4 per dollar (15.6 cents). Several congressional leaders and a few presidential candidates have argued—and sometimes continue to argue—that China's currency was undervalued, not overvalued. I'd opine instead that the RMB was and is overvalued, warranting depreciation, not appreciation.

Some of the factors contributing to a lower-valued RMB concern China's exports and its trade balance. Wages in China's manufacturing industry have been rising at or above 10 percent annually, while labor costs in other competitive Asian countries—notably, Vietnam, the Philippines, and Indonesia—have increased much less or are unchanged, and their nonlabor costs have been stable or have decreased. Consequently, China's competitive position in global markets has been weakened and exports curtailed, tending toward further currency depreciation.

Other factors likely to contribute to a lower foreign exchange value for the RMB relate to China's capital account, rather than its trade account. While some capital movements may boost the RMB's value, others will lower it, and the balance between them likely will move the currency's value downward. On one hand, and notwithstanding China's sharp economic downturn, foreign investment in China and its accompanying technology and marketing benefits may be stimulated by a lower RMB foreign exchange value. On the other hand, capital outflow from China has markedly accelerated as a result of both the slowdown in GDP growth and the appeal of reducing risks by diversification of asset holdings.

For example, officially reported capital outflow in the first quarter of 2015 exceeded outflow for the entire preceding year. These official estimates of outflows, moreover, are assuredly less than actual outflows. Some of this outflow is so-called hot money, representing capital flight that might return to China if and when the economy stabilizes at what has been termed a “new normal” GDP growth rate of 5–6 percent, down from the near-double-digit growth trajectory in prior decades. But most of the outflow is “cool” money in the sense of purposeful acquisition of foreign assets (including foreign real estate) whose yields are expected to be higher than those of assets in China.

Another important (and neglected) reason for expecting large capital outflows relates to a point mentioned earlier in connection with the RMB's full convertibility. China's banking system has a huge volume of demand and time deposits, approaching 94 trillion RMB (nearly $15 trillion), about 150 percent of China's GDP. The deposits are held by companies, individuals, cooperatives, and other entities. The corresponding total amount of demand and time deposits in the United States is 50 percent of U.S. GDP. Although there are plausible reasons deposits would be relatively larger in China than in the United States—for example, the abundance of nonbank repositories for liquid assets in the United States—the magnitude of the difference is striking. At least in part, it is explained by the hitherto and still prevalent restrictions on capital convertibility in China. If and as RMB convertibility is realized, a nonnegligible part of China's deposits will seek to hedge risks by diversifying into foreign assets. The result will be increased demand for dollars, promoting further RMB depreciation.

What therefore impends is likely to be the RMB's valuation in foreign exchange markets in a depreciated range of 7–8 per dollar, accompanied by recurring volatility along the way. Much of the worry in the United States and elsewhere about China's currency “manipulation” is overblown because a less restricted RMB would more likely be overvalued than undervalued, thereby adversely affecting Chinese trade and exports.

Charles Wolf Jr. holds the distinguished chair in international economics at the RAND Corporation. He is the author of Puzzles, Paradoxes, Controversies, and the Global Economy (2015).

This commentary originally appeared in The Weekly Standard on September 28, 2015. Commentary gives RAND researchers a platform to convey insights based on their professional expertise and often on their peer-reviewed research and analysis.