Congress Should Monitor Iran Deal, Not Keep Trying to Kill It 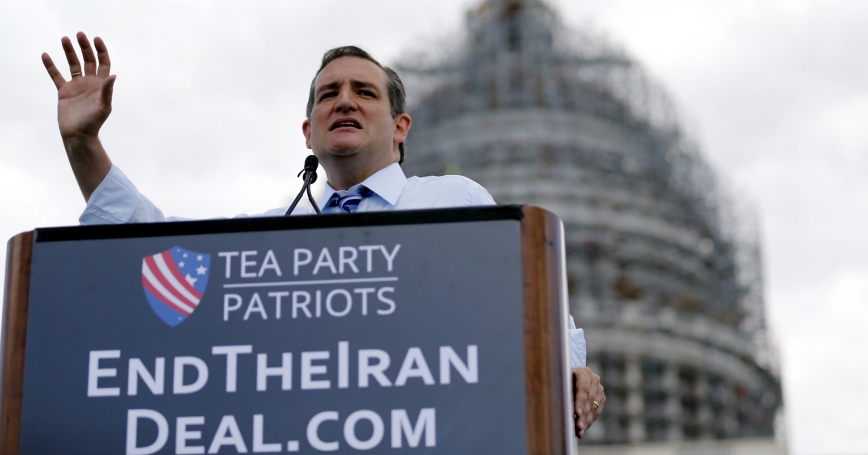 With the recent announcement by Sen. Barbara Mikulski (D-Md.) that she would support the Iran nuclear deal, formally known as the Joint Comprehensive Plan of Action (JCPOA), President Obama secured the support of enough senators to ensure that Congress could not block the agreement from taking effect. Opponents of the deal have lost, principally because they have been unable to demonstrate that any viable alternatives exist to rein in Iran's nuclear capability as effectively. So is the battle on Capitol Hill over?

Hardly. Hoping to cause the deal's failure, members of Congress who object to the JCPOA are already proposing that Congress pass new sanctions tied to Iran's support for terrorism. They could very well succeed in such an effort. While a two-thirds majority would be needed in both chambers to pass a resolution that would block the deal over a promised presidential veto, only a simple majority in the House and 60 votes in the Senate (to overcome a filibuster) would be needed to impose sanctions through new legislation. (The president might very well veto new sanctions as well, which would require a two-thirds majority to override; however, Congress could make it painful for the president to cast a veto by, for example, including new sanctions in must-pass legislation like a Continuing Resolution that prevents a government shutdown.)

Iran would object mightily to a bait-and-switch in which the United States relaxes nuclear-related sanctions under the JCPOA, but reimposes them separately as punishment for other Iranian behavior. Such a move would almost certainly drive Iran to pull out of the deal, arguing that Washington failed to hold up its end of the bargain. Indeed, earlier this week, Iran's Supreme Leader, Ayatollah Ali Khamenei, declared that Iran would withdraw from the agreement if the West failed to lift sanctions, as promised. It is safe to assume Tehran would do the same, Treasury Secretary Jack Lew warned lawmakers, if the United States were to “just reimpose the nuclear sanctions with a new label.”

Furthermore, U.S. allies and partners would view the imposition of new sanctions just as skeptically. In a briefing to Congress in early August, senior European diplomats asserted that their nations would relax sanctions even if Congress rejected the JCPOA — thereby giving Iran the economic benefits it has sought even if, in the absence of a deal, Tehran would not need to submit its nuclear program to intensive monitoring. Presumably, these nations would give Iran the same economic relief if Congress failed to block the deal, but then imposed new sanctions. Such a result would be a win-win for Iran and a lose-lose for the United States.

As a result it seems that the most constructive role for Congress at this point would be to engage in rigorous, careful oversight of the deal's implementation rather than to try to derail it through further legislation. Committees with jurisdiction over relevant issues — principally those responsible for foreign affairs, defense, and intelligence — could demand frequent briefings from the administration and hold regular hearings to ensure that Iran is following through on its commitments. Committees could hold classified hearings in which the executive branch reports sensitive details regarding Iran's nuclear program and open hearings in which administration officials could be held publicly accountable for any shortcomings in implementation. Congress could also pass legislation requiring the executive branch to provide regular, detailed reports — both classified and unclassified — on Iranian compliance. By gathering information about the deal's execution over time, Congress could make credible determinations regarding its effectiveness and develop legislation that is informed by facts.

The JCPOA is a multilateral agreement, having been signed by Germany, the United Kingdom, France, China, and Russia, as well as the United States and Iran. Enforcement of the agreement will be a multilateral task as well. Members of Congress should therefore travel widely to hear different perspectives on the deal and to share their own views with these partners and with the International Atomic Energy Agency, which will play a key role in verifying Iran's implementation of the deal. Many members of Congress deride international “fact-finding” trips as boondoggles that waste taxpayer's money, but Congress cannot expect to understand whether a complex international agreement is being effectively executed without getting out to the field and hearing from those involved in its implementation.

If the JCPOA indeed prevents Iran from developing a nuclear weapon for the next 15 years or more, it will enhance the security of U.S. allies as much as it does that of the United States. Nevertheless, Congress could consider ways to further promote the security of key partners such as Israel and Saudi Arabia. Obama has proposed providing Saudi Arabia a $1 billion weapons package to bolster its defense against Iranian aggression, and he has offered Israel additional intelligence and security assistance that would allow it to better counter Lebanese Hezbollah, which Iran supports. Congress should consider providing funds for such regional security initiatives.

Most discussions of how Congress could react to the JCPOA focus on how it could force Iranian compliance by utilizing negative incentives, such as additional sanctions or the threat of force. However, Congress could also encourage Iran to adhere to the deal by holding out the prospect of future rewards. The JCPOA does not call for the lifting of statutory sanctions that prevent U.S. companies from doing business in or with Iran. But Congress could hold hearings to examine what level of Iranian compliance with the JCPOA might, at some point, justify the lifting of these prohibitions. Such hearings could dangle the prospect of future economic relations with the United States in front of the Iranian government, providing an alluring reward for full implementation of the JCPOA that would have the side benefit of creating jobs and generating profits in the United States as well.

Congressional opponents of the agreement with Iran have so far focused on how they could derail it. That battle is over. If their goal is Iranian compliance, Congress should now allow the JCPOA to go forward, monitor its implementation carefully, and then respond to Iranian behavior with further incentives that reward Tehran for complying or penalties that punish it for failing to do so. To continue working ceaselessly to undermine the deal at this point works against that goal since it would undermine the credibility of the United States and — because other countries will relax sanctions regardless of what Washington does — give Iran the opportunity to reap economic benefits while continuing its nuclear program. Legislators have a continuing role to play, but if Iran's compliance is Congress's goal, the most effective move is to stop trying to kill the agreement and focus instead on ensuring that it is effectively implemented.

Larry Hanauer is a senior international policy analyst at the nonprofit, nonpartisan RAND Corporation. He is the author of the recent report, The Days After a Deal with Iran: Congress's Role in Implementing a Nuclear Agreement.

This commentary originally appeared on The Hill on September 12, 2015. Commentary gives RAND researchers a platform to convey insights based on their professional expertise and often on their peer-reviewed research and analysis.