ISIS Plus Chemical Weapons Does Not Equal Apocalypse 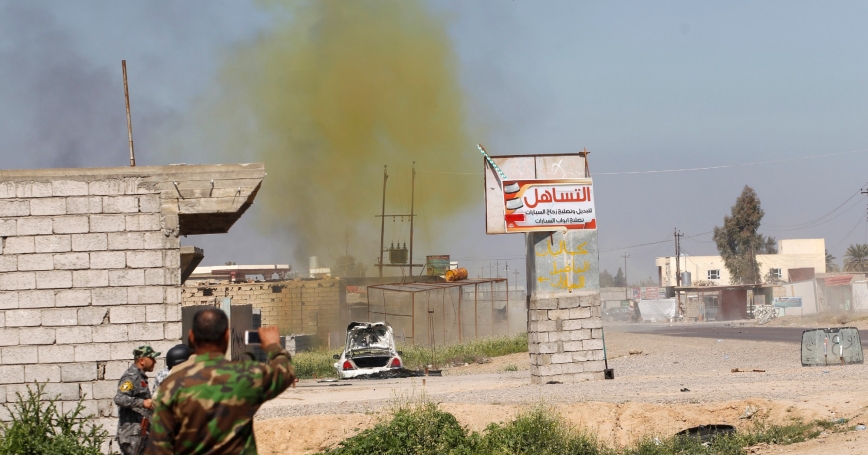 A chlorine-tinged cloud of smoke rises from a bomb detonated by Iraqi army and Shi'ite fighters in the town of al-Alam in Salahuddin province, March 10, 2015

Recent reports of ISIS chemical attacks on Kurdish forces are, naturally, cause for concern.

The self-proclaimed Islamic State, better known as ISIS, is a nihilistic group that already burns, beheads, and rapes. Why would it hesitate to add weapons that have been “condemned by the general opinion of the civilized world” to its long list of horrors?

This news doesn't necessarily suggest a technical breakthrough for ISIS, nor does it indicate that the group could launch chemical attacks beyond Iraq and Syria. And it doesn't change much for the coalition. As U.S. Marine Corps Brigadier General Kevin Killea said last month, “We really don't need another reason to hunt down [ISIS] and kill them wherever we can and whenever we can.”

Chemical weapons are often called “weapons of mass destruction.” But many of them have limited effects per pound, comparable to those of explosives. Mustard gas, which ISIS reportedly used, is a legacy of World War I, not a sophisticated weapon. It injures the eyes, skin and airways but rarely kills.

This makes mustard effective on the battlefield, however, so the reports are bad news for ISIS's foes on the ground. When mustard injures one soldier, many others must transport him behind the lines for treatment. Mustard injuries are also very painful and disturbing in appearance. This can demoralize troops, even those who were not exposed. And since the mustard agent is heavier than air, it lingers in trenches and bunkers, turning havens into hazards.

Gas masks and chemical suits can provide protection, but they have disadvantages. Masks interfere with breathing, sight, hearing and communication. Gloves make it hard to use weapons, communications devices and other objects. And the entire outfit subjects soldiers to heat stress, a notable drawback when you're already baking under the sweltering Middle Eastern sun.

Besides the battlefield efficacy of chemical weapons, ISIS is probably drawn to them for their disproportionate psychological power. Like beheading hostages on camera, chemical attacks grab horrifying headlines and linger in the mind's eye.

For example, the 1995 Tokyo subway attack resulted in 13 deaths and 6,000 injuries. But it is remembered around the world today because the perpetrators released sarin gas. Likewise, the chemical attacks of World War I that began 100 years ago are better remembered than some of the conflict's other horrors.

Unfortunately, use of these weapons isn't a new phenomenon for the Middle East, especially for the Iraqi Kurds. They've endured more chemical attacks than any civilian population in the region, including extensive barrages by Saddam Hussein in the 1980s.

In 2013, the Bashar Assad regime launched chemical attacks in Syria, albeit on a smaller scale than those that Hussein carried out against the Kurds or those against Iran in the Iran-Iraq War of the 1980s and the Yemeni civil war of the 1960s. Syria's mustard stockpiles may have been the source of ISIS's arsenal.

However, there's no sign that the mustard agent in play is likely to be used outside the region. To launch a substantial attack, ISIS would literally need tons of mustard. Safely smuggling such quantities to another part of the world would be much harder than conducting attacks with guns or explosives.

Thus, the renewed use of chemical weapons on the battlefields of Iraq and Syria is a dangerous regional phenomenon but not an imminent global threat.

This commentary originally appeared on Newsweek on September 11, 2015, under the title Here's the Good News About ISIS's Stash of Chemical Weapons.