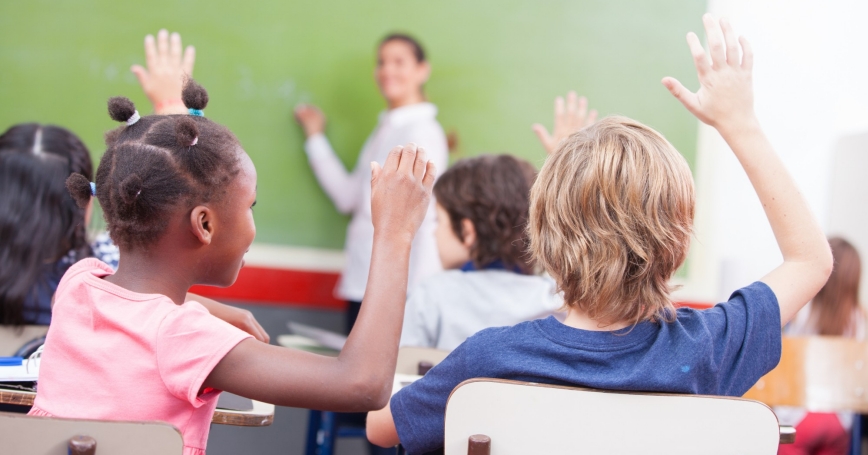 With competing legislation in Congress to reauthorize the Elementary and Secondary Education Act, or the ESEA, and the presidential race shining a spotlight on education issues, a decades-old policy issue is once again under debate: the flexibility to allow the approximately $14.4 billion of Title I-A funds to follow students across schools.

Under current law, Title I-A provides financial assistance to local educational agencies and schools with high numbers or high percentages of children from low-income families to help these students meet state academic standards. The Elementary and Secondary Education Act reauthorization bill passed in the House includes a version of Title I portability that would allow states the option to ascribe a fixed dollar amount per qualifying child and redistribute Title I funds to these local educational agencies and public schools (including public charter schools) based on the schools' share of enrolled eligible students. The House's version of portability would come at a cost for those agencies with the largest shares of low-income students, in some cases reducing their Title I funding by 20 to 30 percent.

The Senate rejected two amendments that would have taken Title I portability even further en route to passage of its own reauthorization package. One would have allowed Title I money to fund vouchers for low-income students to use at public or private schools, and the other would have expanded the House's portability policy to include private schools. Although these two amendments were ultimately unsuccessful, portability will be a key issue in the upcoming House-Senate conference to reconcile the differences between the House and Senate versions of the bill.

So, what is driving the returned focus on Title I portability? The federal attention to the issue reflects a broader political movement at the state level over the past decade to use public funds to allow students to attend schools of choice. Legislation passed in North Carolina and Nevada are recent examples. Many advocates of school choice support portability as a way for families to access schooling options that would not otherwise be available to them.

However, research shows that voucher-like school choice policies often face a number of constraints, many of which would occur under the proposed Title I portability policies. School choice policies are predicated on the assumption that parents have enough information to make an informed decision on where to send their children. However, the vast majority of school districts do not provide families with robust school quality information — in part because school quality is difficult to measure and portray clearly to parents and students. Even districts with large choice programs, like Denver and New Orleans, often struggle to provide families with the information they need to make optimal decisions. Research also shows that districts don't always do a good job of disseminating information and explaining options to certain groups — low-income parents and those whose children are first-generation Americans, for example.

Furthermore, school choice policies also assume that students have the means to get to their desired school. If families do not have the flexibility to drive children across the city, or schools do not provide busing, research shows that school choice options alone will not help families access better schools. Research also suggests that many parents prefer to send their children to schools in their neighborhood and that they would rather have higher-quality neighborhood schools than the option to send their students to high-quality schools elsewhere.

The use of public funds to provide both public and private school choice options is not a new idea (philosopher John Stuart Mill wrote about it in the 1800s), and it does have intuitive appeal. Federal policymakers interested in pursuing portability or other methods to expand school choice should also consider ways to ensure that families have enough information and support to make informed decisions and the help they may need to implement those decisions.

Policymakers must realize that not all families will be able to take advantage of choice, whether because of family circumstances or limits on the capacity of schools to accept new students. Furthermore, policymakers should carefully consider the potential unintended consequences of reducing federal funding for schools serving large shares of the nation's most vulnerable students.

While portability has a certain immediate appeal, it could have negative consequences for some of the poorest students. Policymakers seeking to expand school choice should recognize the complexity of the issue and be sure to address both the advantages and disadvantages of these policies.

Andrew McEachin is an associate policy researcher, Brian Stecher is a senior social scientist, and Grace Evans is a legislative analyst at the nonprofit, nonpartisan RAND Corporation.

This commentary originally appeared on U.S. News & World Report on August 31, 2015. Commentary gives RAND researchers a platform to convey insights based on their professional expertise and often on their peer-reviewed research and analysis.