Nuclear Weapons Should Be on the U.S.-China Summit Agenda 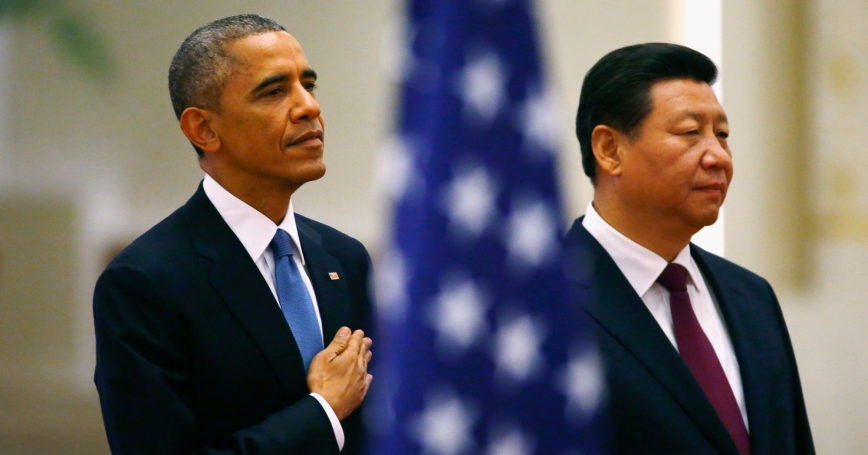 As the United States government prepares to host Chinese President Xi Jinping this week, oft-suggested topics for their summit agenda include China's cybertheft of sensitive U.S. data and the devaluation of the yuan. One critical candidate is consistently overlooked: strategic nuclear weapons policy.

This is not surprising. Given the obviously pressing and ever-present nature of matters like cybersecurity and the global economy, why would Presidents Barack Obama and Xi concern themselves with nuclear weapons? With the many beneficial dimensions of the U.S.-Chinese relationship, it may seem difficult or even perplexing to envision a crisis or conflict in which either country would contemplate the use of nuclear weapons against the other.

Indeed, in the U.S. 2010 Nuclear Posture Review, a strategically stable relationship with China is highlighted as an important goal for U.S. policy. Yet the pattern of U.S.-Chinese interactions over issues of regional security is becoming more complex. Consternation over China's island-building in the South China Sea and its attempts to challenge Japan over the disputed Senkaku/Diaoyu Islands in the East China Sea has caused an uptick in military tensions with China's neighbors, several of whom are allies or partners of the United States and thus may appeal to U.S. protection or intervention. With the possibility of a pro-independence political party winning Taiwan's presidential election next year, the Taiwan Strait could also re-emerge as a major point of friction between the United States and China.

Additionally, the dynamics of the U.S.-China nuclear relationship are changing along with China's relatively recent development of a nuclear arsenal so secure that even if it was targeted by an all-out attack, a few Chinese warheads would be guaranteed to survive — and be available for retaliation. The shift in the military balance between the two nations, from one of absolute U.S. dominance to one characterized by U.S.-Chinese mutual vulnerability, has only just started to become apparent in a compelling way to the U.S. and Chinese policy communities.

Some strategists might consider mutual vulnerability to have a profoundly stabilizing impact on U.S.-Chinese relations, since the risk of miscalculation could be counted on to induce caution on both sides. However, for this Cold War-style lesson to work, U.S. and Chinese leaders need to internalize and believe it, and it is not clear that such perceptions are currently or likely to be the norm.

It is possible that both sides could address mutual vulnerability in ways that make future tensions more likely to spiral out of control. For example, U.S. decision-makers might resist this new degree of vulnerability and choose to pursue more assertive strategies toward China under the assumption that the credibility of U.S. strategic prowess will still be sufficient to deter Chinese actions that run counter to U.S. interests. For their part, Chinese policymakers might feel encouraged by their newfound capabilities to take greater risks in conventional conflicts, believing they are immune from U.S. escalation.

With the potential for U.S.-Chinese mutual vulnerability to make the world more rather than less dangerous, an effort by both countries to find some common ground over issues of nuclear strategy could benefit from top-level political backing. Up until this point, these issues have been addressed primarily in meetings among U.S. and Chinese academics, think tank experts and unofficial government delegates. While these forums are extremely useful for making headway against the opportunities and challenges inherent in the U.S.-Chinese nuclear relationship, clear political oversight and interest are required to ensure that a meeting's conclusions will be communicated to those within the U.S. or Chinese government who direct nuclear policy.

At the impending U.S.-China summit, it would make sense for Obama to put on the table official discussions of strategic nuclear issues between U.S. and Chinese government or military representatives. At the very least, both presidents could agree to expand the military confidence-building measures they announced in Beijing last year to include issues of strategic stability and crisis management. These measures currently focus on developing common "rules of the road" for encounters between U.S. and Chinese surface ships and aircraft, and notification of major military activities. Expanding them to encompass nuclear issues could help manage U.S.-China relations in a way that is more conducive to stability, which would be in the interests of both sides.

This commentary originally appeared on U.S. News & World Report on September 23, 2015. Commentary gives RAND researchers a platform to convey insights based on their professional expertise and often on their peer-reviewed research and analysis.