U.S. Needs Larger Army, Not a Smaller One 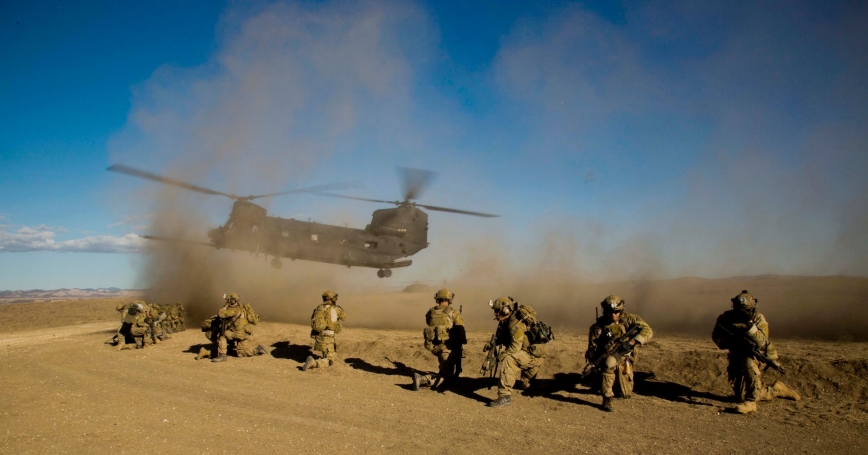 Last year, the Pentagon proposed significant reductions in the size of the Army active and reserve components. But with the global threat landscape ever evolving, the proposed cut to the Army is a decision the nation may well come to regret. We will attempt to explain why.

The latest Quadrennial Defense Review (QDR), released in March 2014, proposed cutting the Army's end strength from 570,000 active component soldiers to 450,000; the Army National Guard from 358,000 to 315,000; and the Army Reserve from 205,000 to 195,000. These force reductions would be even greater if additional spending cuts are mandated through sequestration, which could kick in next year.

The Department of Defense said in issuing the QDR that it could cut troop strength without compromising its pillars of protecting the homeland, building global security and projecting power when necessary. But meeting these commitments in today's world has proven a challenge, one that will be made even more daunting by a smaller Army....

The remainder of this commentary is available on armytimes.com.

Timothy M. Bonds is vice president of the Army Research Division and director of the Arroyo Center at the nonprofit, nonpartisan RAND Corporation. Michael Johnson is a senior defense analyst at RAND.

This commentary originally appeared on Army Times on September 9, 2015. Commentary gives RAND researchers a platform to convey insights based on their professional expertise and often on their peer-reviewed research and analysis.