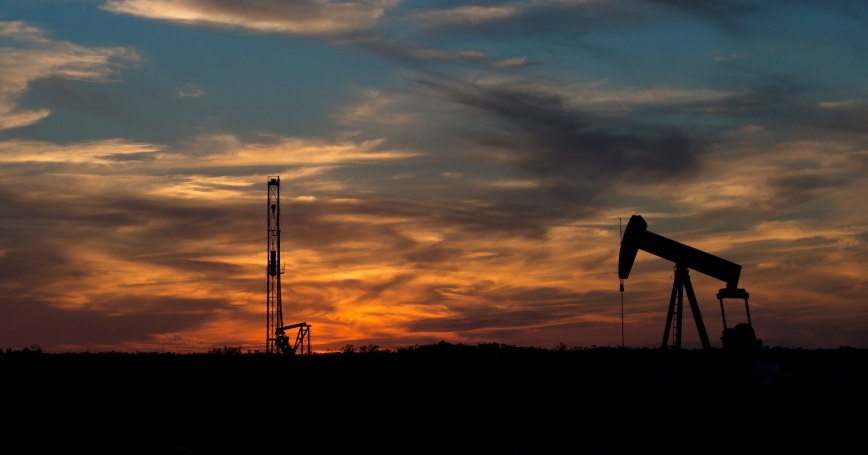 Rigging equipment is pictured in a field outside of Sweetwater, Texas, June 4, 2015

As Congress looks for the means to fix crumbling U.S. highways and bridges without raising gasoline taxes, some lawmakers apparently see the Strategic Petroleum Reserve as an ATM.

The Strategic Petroleum Reserve is a massive supply of crude oil maintained by the Energy Department for emergencies, such as price spikes in international oil markets due to supply disruptions. At approximately 690 million barrels, the Strategic Petroleum Reserve holds the world's largest supply of emergency crude and is an important U.S. economic and foreign policy asset.

Reluctant to saddle motorists with any increase in the 18.4-cent-per-gallon federal gasoline tax, which hasn't been raised since 1993, some lawmakers are proposing instead a sell-off of oil from the reserve to finance highway and bridge work. A bill passed in the Senate envisions revenues of some $9 billion from the sale of 101 million barrels of oil from the Strategic Petroleum Reserve to meet these needs, thus avoiding the unpleasant task of asking drivers to pay for the roads they use through an increase in gasoline and diesel taxes. This is a shortsighted strategy that relies on questionable assumptions about domestic oil production and ignores the vital role the Strategic Petroleum Reserve plays in keeping international oil prices stable.

First, the plan would require the U.S. to deplete its rainy-day oil supply at a loss. The last time the U.S. purchased oil for the reserve in January 2009 it paid $52 a barrel; the price as of July 22, 2015 was $49. Thus—in a reversal of the normal buy-low, sell-high strategy—the proposal would have the U.S. sell its crude at less than it paid for the last purchases, generating a loss of $3 dollars per barrel and costing taxpayers $303 million.

Lawmakers are wrong if they assume that the current surge in domestic oil production means the Strategic Petroleum Reserve is no longer necessary. As U.S. imports of oil fall, the reasoning goes, less oil is needed to cover a potential shortfall. But the threat to the U.S. economy from oil is not through physical shortages, but from the kind of price spikes the Reserve was designed to prevent. As oil is a globally traded commodity, a sharp reduction in supply, be it from Iraq, Iran, Nigeria or Venezuela, affects the price for everyone, not just countries that imported crude from a specific country. When oil peaked at over $147 a barrel in 2008, consumers in Canada, an oil exporter, paid the same price for gasoline and diesel as their neighbors across the border in the U.S., an oil importer.

Although Saudi Arabia is often pointed to as the only country capable of ramping up oil production in the event of an emergency, the real source of emergency supplies would be the Strategic Petroleum Reserve and the similar reserves kept by the other members of the International Energy Agency. And these supplies, as massive as they may appear, haven't kept pace with increased global consumption. In 1980, when the Strategic Petroleum Reserve was being filled, global oil consumption was under 64 million barrels a day. Currently, it is running at 94 million barrels a day.

The economic costs of price spikes driven by supply disruptions are high. For the U.S. economy, economists estimate that doubling the price of oil—that is, a rebound to over $100 a barrel—would shave 1 percentage point off U.S. growth rates. In 2014, such a price shock would have led to a $174 billion loss in GDP in a U.S. economy of $17.4 trillion. The International Monetary Fund has found that if oil prices double, global growth would slow 1.4 percentage points.

Keith Crane is director of the Environment, Energy and Economic Development Program at the RAND Corporation.

This commentary originally appeared on The Wall Street Journal on September 15, 2015. Commentary gives RAND researchers a platform to convey insights based on their professional expertise and often on their peer-reviewed research and analysis.