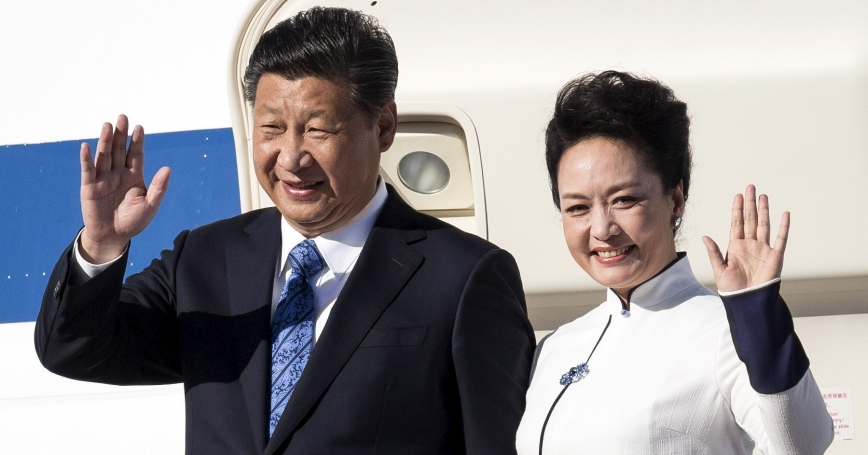 Since U.S. President Barack Obama and his Chinese counterpart, Xi Jinping, met in Beijing last November, the United States and China have seen incremental progress in cooperation on climate change, Iran's nuclear program and other areas, as well as continued strong trade. Yet these positive developments have been overshadowed by a deepening distrust over an array of other issues: the South China Sea, cyberespionage, the establishment of the Asian Infrastructure Investment Bank and the intensification of a human rights crackdown under an increasingly authoritarian Xi.

With this gloomy and tense backdrop, Xi's visit to the U.S. this week, which began yesterday in Seattle and will be capped with a state dinner at the White House on Friday, appears to face serious headwinds. Pessimistic Western commentators anticipate little chance of breakthroughs on the most intractable disputes. China's continued buildup of military airfields in the South China Sea in the face of U.S. criticism, and Obama's hint of potential sanctions over recent cyberattacks carried out by Chinese hackers or their proxies—despite strong objections from Beijing—point to deep frustration on both sides.

Not surprisingly, the narrative in official Chinese media coverage strikes a very different tone. Chinese media acknowledge the bitterly contested cyber and maritime disputes but regard them nevertheless as normal friction to be expected between two great powers. Overall, Chinese media and authorities project an air of hopeful confidence and anticipation over Xi's visit. Despite the tensions, Chinese officials even hint at Xi's ambition to win over the American public through a wide range of engagements. In Seattle, Xi already addressed American business leaders, promising to work with the United States to fight cybercrime, and he is set to visit both a Boeing factory in Everett and a high school in Tacoma with his wife today.

The differing views reveal volumes about the relative positions of the two countries. The United States, the global leader, remains on the strategic defensive, with the Middle East descending into chaos, an economically stalled Europe besieged by a refugee crisis and a defiant, revanchist Russia still in control of seized territory in Ukraine and now doubling down in Syria. Frustrated by China's limited contribution to these pressing problems, more American voices have questioned China's commitment to upholding the international order. Western commentators have pointed out how China continues to selectively pick and choose to support those aspects of the international order that work to its advantage, while circumventing or seeking to revise those aspects that do not—such as international laws regarding maritime disputes or Internet governance.

Timothy R. Heath is a senior defense and international research analyst at the nonprofit, nonpartisan RAND Corporation. He is the author of China's New Governing Party Paradigm: Political Renewal and the Pursuit of National Rejuvenation

This commentary originally appeared on World Politics Review on September 23, 2015. Commentary gives RAND researchers a platform to convey insights based on their professional expertise and often on their peer-reviewed research and analysis.