A Good Move in Cameroon 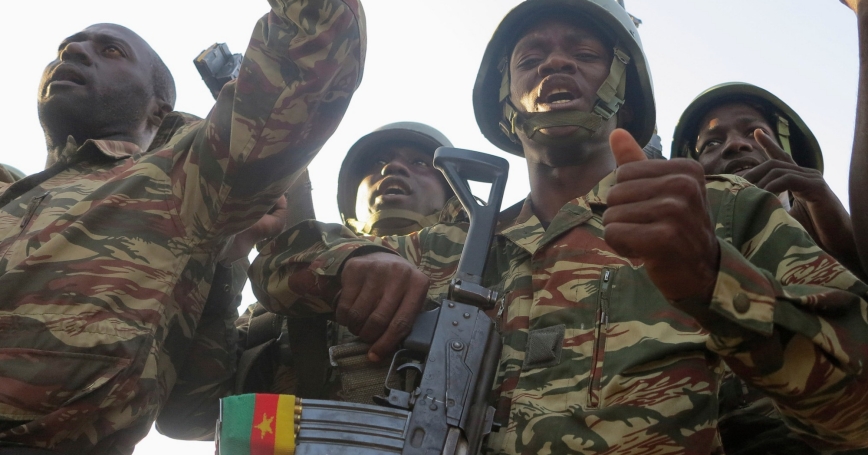 President Barack Obama's decision Wednesday to deploy 300 soldiers to the West African nation of Cameroon to help combat the Nigerian Islamist group Boko Haram is welcome news. Nigeria and other regional partners, including Cameroon, have been struggling to combat the extremists, who are best known in the United States for the 2014 abduction of almost 300 girls from a secondary school, and who, earlier this year, pledged allegiance to the Islamic State group.

In addition to its reign of terror in Nigeria, Boko Haram has been savaging Cameroon next door, where it is responsible for killing hundreds over the past year, according to an Amnesty International report published last month. Cameroon simply lacks the means to stop Boko Haram and badly needs a hand.

The same can be true of the rest of the multinational regional coalition that emerged last year to fight Boko Haram along with Nigeria: Cameroon, Chad and France, which is quietly supported by the United States. There is only so much this coalition can do given their military resources and the enormous scale of the territory affected. More French help could make a significant difference, but the French military is already badly overstretched and has other priorities in the region, namely Mali.

The United States is stepping into the breach at the right time, in the right way — by providing intelligence, surveillance and reconnaissance support that will greatly enhance Cameroon's and others' chances of prevailing. It should be added that while there are some countries whose militaries are so feckless that any assistance would likely be squandered, Cameroon is not one of them. Helping Cameroon almost certainly will yield good results.

Three hundred U.S. military personnel can only accomplish so much, however. The key to succeeding with so small a force, backing up a coalition with so few means, is in collaborating as closely as possible with it, ensuring a timely and appropriate flow of information and coordinating military action. The United States must work with Cameroon, Chad, France and Nigeria at a strategic level to forge a collective and coherent road map to victory, and at an operational level to make sure that those doing the actual fighting achieve as much as possible.

In a war fought on so vast a scale with so little, everything must count.

This commentary originally appeared on U.S. News & World Report on October 16, 2015. Commentary gives RAND researchers a platform to convey insights based on their professional expertise and often on their peer-reviewed research and analysis.