Adapting to a Hotter World 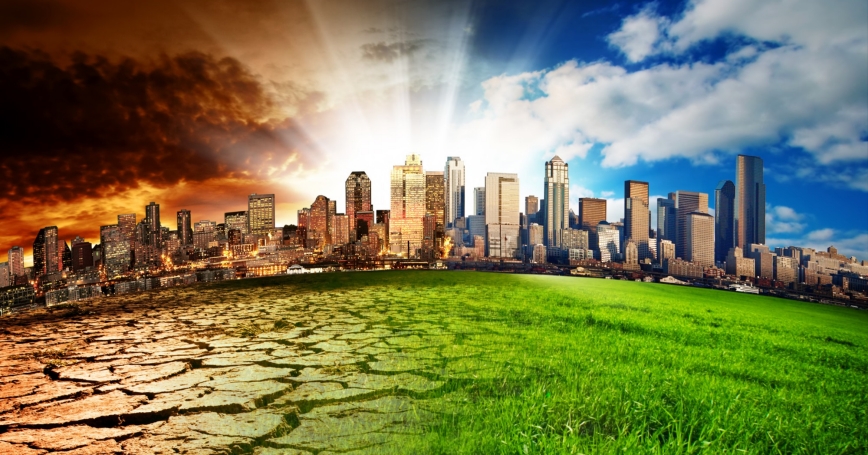 As countries gear up for the 2015 United Nations Climate Change Conference — which comes on the heels of President Obama's Clean Power Plan announcement, aiming to reduce carbon dioxide emissions from U.S. power plants — public debate over climate change will undoubtedly heat up. Unfortunately, that debate often oversimplifies the complex problem and neglects many elements that are critical to finding a solution.

The scientific consensus on climate change is clear. Human actions, like building coal power plants and driving gasoline-powered cars, have led to a global temperature increase of 1.8 degrees Fahrenheit over the past century. In the next 100 years, average global temperature will likely increase an additional 3.6 degrees.

This is expected to lead to more floods, droughts and extreme weather all around the world — with huge implications for public health. Growing droughts, floods and other natural disasters will threaten the fresh water supply and displace people. Swelling temperatures will raise sea levels, expand energy demand, reduce economic productivity and lead to increased incidence of heat stroke and spread of food-related illnesses, infectious diseases and airborne allergens. Disrupted ecosystems will alter food chains, potentially resulting in greater malnutrition.

Mitigation policies, such as the Clean Power Plan, are designed with the intent of tempering these impacts by slowing and potentially stopping further climate change. They also often produce additional benefits, such as reducing other health-damaging pollutants, or, as recent RAND research indicates, saving billions in health care costs.

But because climate change is largely irreversible, mitigation alone won't solve the problem. Adaptation — efforts to prepare for or adjust to climate change's effects — is also necessary. Adaptation can take many forms, including developing heat-tolerant crops and improving management of natural resources and resilience to extreme weather.

Both mitigation and adaptation are costly. And costs may increase as each successive strategy targets the low-hanging fruit options that will become increasingly scarce. And so while the Environmental Protection Agency expects the Clean Power Plan to save the United States between $25 billion and $45 billion annually by 2030, additional future mitigation will be more reliant on renewable energy sources, which have historically been prohibitively costly. While costs have dropped dramatically in recent years, future cost estimates carry a high degree of uncertainty. The projected annual global cost of adaptations before 2050 is expected to exceed $70 billion. Future adaptive measures, such as the major relocation of displaced populations, will have far-reaching social and economic implications. And consequences such as species extinction will likely fall beyond adaptation's reach.

Missing from today's climate change debate is an understanding of the costs, benefits and limitations of combined mitigation and adaptation efforts. Research could help determine how each strategy could overcome the other's limitations. While proposed frameworks to jointly assess mitigation and adaptation effects can identify redundancies and opportunities for cost reductions, little has been done to evaluate current and planned policies or resolve their conflicting goals.

State and local governments in Louisiana and New York City are among the leaders addressing climate change. In response to coastal flood risk, Louisiana has produced a 50-year, $50 billion strategy for reducing flood risk and coastal land loss (designed in cooperation with RAND researchers). Meanwhile, New York has an independent panel on climate change that advises the city on climate risks and resiliency. Such ongoing evaluation of strategies can inform broader initiatives.

Lacking simple solutions to the complex challenge of climate change, researchers and policymakers must debate and embrace all available information and remain flexible enough to reevaluate actions and adapt as new information arises. As the climate continues to change, so must the response to it.

This commentary originally appeared on U.S. News & World Report on October 2, 2015. Commentary gives RAND researchers a platform to convey insights based on their professional expertise and often on their peer-reviewed research and analysis.