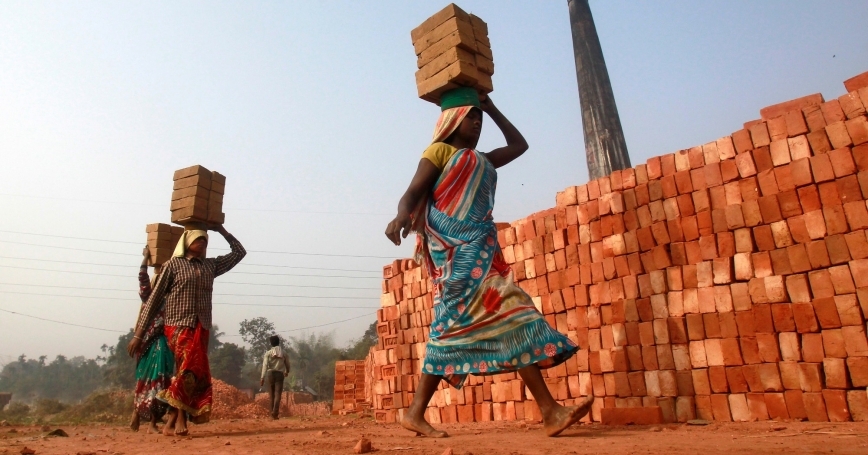 Laborers carry bricks at a brick factory on the outskirts of Agartala, India, January 7, 2015

by Joachim Krapels and Marco Hafner

During this year's General Assembly, the UN adopted a new Sustainable Development Agenda that contains 17 global goals, the first of which commits members to “end poverty in all its forms everywhere.” This is a worthy undertaking, given that today, 1.2 billion (PDF) people still live in extreme poverty (less than $1.25/day). The agenda also suggests ways these goals could be achieved, for example through employment and education.

Less clear to most policymakers is what the most efficient options are to reduce poverty through employment or training. This can be tricky. As a recent RAND Europe examination of interventions in South Asia shows, there are a lot of options to choose from.

Despite big investments in these programmes, very few are evaluated. Evidence on what works to increase employment is scarce. In recent years a range of new initiatives has started to generate robust evidence, such as the International Initiative for Impact Evaluation, known as 3ie, and the World Bank's Strategic Impact Evaluation Fund. The initiatives will generate substantial new evidence in the future, but their relative novelty means that it will be a while before data from completed evaluations becomes available.

To shed some light on the effectiveness of employment interventions, we therefore examined the existing impact evaluation literature from across the developing world. We applied a meta-regression to the relevant studies to identify which type of intervention appears to be most successful.

We find that around a third of estimates within interventions either increased income or employment for the participants. Still, this obscures quite a lot of diversity as substantial differences exist regarding the effectiveness of different types of interventions. While the results do not allow us to draw universal conclusions, they do suggest that public works tend not to be associated with successful outcomes. More promising for increasing employment (yet not necessarily income) appear to be financing interventions combined with some form of business training. One such intervention with positive results, the Micro-entrepreneurship Support Program in Chile (PDF), provided extremely poor households with start-up capital and offered 60 hours of business training to participants.

For women, we found that wage subsidy interventions could be successful. A wage subsidy voucher scheme in Jordan found that, during the voucher period, employment increased by 40 percent, but unfortunately dropped off after the intervention period ended, suggesting that designing interventions with sustainable impacts can be difficult.

Using data from impact evaluations raises interesting questions for policymakers about their scalability and potential replicability. A cost-intensive pilot may not easily be rolled out nationwide, and an intervention successful in Indonesia is unlikely to simply be duplicated in Ethiopia. We also know that exploration of the context that allowed for success is needed beyond the existing evidence. The challenge for future researchers and policy analysts will be to synthesise multiple sources of evidence in a manner that can be useful to policymakers.

While the search for effective interventions and their implementation continues, our first results suggest that investments in interventions that combine business training with financing could yield positive results. With substantial young populations waiting to enter the labour market, the South Asian countries harbour great potential. To reach the new Sustainable Development Goals, the interventions targeted at the young and unemployed will have to be effective though, as the risk of mass unemployment looms. As often, the opportunity is also the challenge.