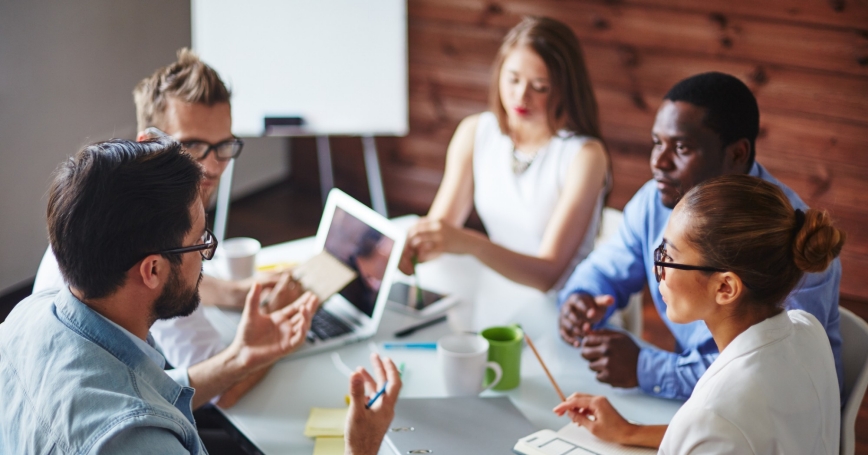 Growing economic inequality in the United States has been the subject of much discussion. Despite this attention, some would argue that little is being done to change levels of inequality.

A recent study in Science used the RAND American Life Panel (ALP) and other subjects to investigate whether “elites,” who are more likely to play a role in policymaking, value equity (sharing equally) or efficiency (maximizing the total pie), relative to a general population. It finds that even among self-proclaimed Democrats, most elites emphasize efficiency over equity. The authors argue that this helps explain why little is done to combat inequality.

Last year, we asked panel members in the ALP about whether or not they favored government redistribution to reduce income differences between the rich and the poor. Democrats were more than six times as likely as Republicans to believe that government should have some role in reducing income inequality. This result was not due to difference in the age, gender, education, or income distributions among Republicans or Democrats. In light of the recent article in Science, we returned to our data to make a more direct comparison. In contrast to the piece in Science, we found that Democratic elites do favor redistribution.

“Elites” are identified in the Science piece and in our new analysis as individuals age 40 and younger who are employed, with annual household incomes over $100,000 and graduate degrees.[1] Non-elites are identified as individuals 40 or younger who are employed, with household incomes under $100,000 and without a graduate degree. Because of this focus on individuals age 40 and younger, these studies may best be thought of in terms of “young elites,” rather than “elites” in general. The specific question we examine here is:

In response to this question, elites overall were slightly more favorable toward the government reducing income differences than non-elites, although the size of the difference was not statistically significant. However, Democrats were significantly more likely (about three times more likely) than Republicans to support government action to reduce income inequality, and elites who identified as Democrats were even more likely than other Democrats to support it: an additional three and a half times more likely.[2]

When we looked only within the elites themselves, excluding the non-elites, Democrats were again significantly more likely to support government action; Democrats averaged a score of 2.4 on the seven-point scale (where 1 is the most supportive of government action), while Republicans and other political affiliations averaged 4.6 and 4.7, respectively, placing them more against government support than for it.

Why, you might ask, are our results so different from those reported by the authors of the Science article? There are a few possible explanations.

First, we asked about preference for government interventions to redistribute income. Their experiment, on the other hand, used a modified dictator game. This is a classic economics experiment where each participant is asked to divide a pot of money between themselves and another (anonymous) person. This experiment is generally interpreted as a way to measure selfishness and generosity. The experiment varies the price of transferring money to another person; when the dictator gives up $1, the recipient gets $x, where x may be larger or smaller than 1. By asking people to do this 50 times for many different values of x, they can classify participants as more concerned about equity or efficiency.

These results might be different because our question directly asked people about their preferences regarding government intervention to improve equity, while the experiment in the Science article tested whether individuals wanted to improve equity through private redistribution, from one citizen to another. Essentially, the authors looked at different forms of redistribution. One possible explanation for the difference in the results is that people may have different preferences for how redistribution takes place. Some may prefer to have income inequality addressed through government intervention rather than through private giving. This is especially true if you think that the government is better at targeting fund recipients than any given individual.

An alternative explanation is that our question asked people to state their preferences, while the experiment in the Science article involved real money. Participants in that experiment were not making hypothetical choices; they actually did divide money between themselves and others. Talk is cheap. It's easy to say you want the government to redistribute income, but that doesn't mean you'll actually support it when the time comes. However, one could also argue that the dictator game, while it involves real money, is far from a normal situation. Imagine that you found $10 in the parking lot on your way to the grocery store; would you share it with the person in the space next to you? In some sense the dictator game is like that — players receive money and are asked if they want to share it with a stranger. How people behave in this situation might not be perfectly related to how they feel about redistribution or income inequality.

In contrast to the Science article, which suggests that redistribution doesn't occur because elites don't really want it, we find that elites and especially Democratic elites do have a strong preference for redistribution. We think more investigation is needed to understand why new redistribution initiatives are difficult to enact. One possibility is that those with the lowest levels of income, who would benefit from redistribution, are less likely to vote or otherwise participate in the political process. Another is that divisiveness on the issue is preventing backers of redistribution measures from gaining traction.

Michael S. Pollard is a sociologist and Katherine Carman is an economist at the nonprofit, nonpartisan RAND Corporation.