If We Keep Cutting Defense Spending, We Must Do Less 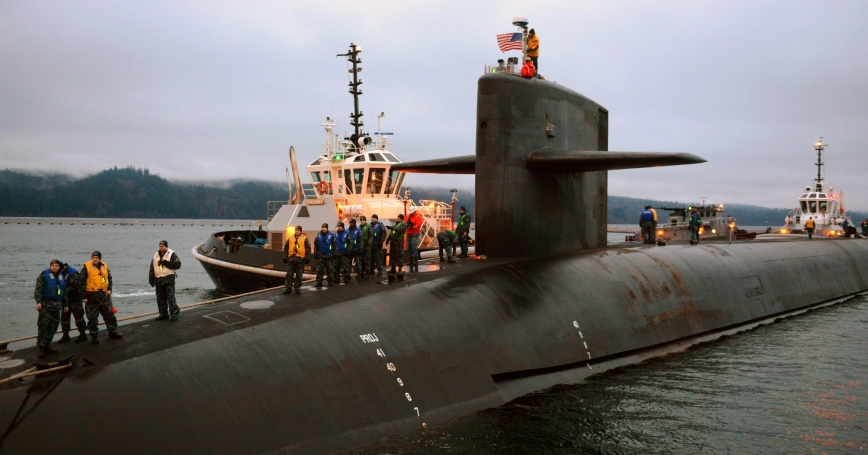 Since World War II, the United States has waged numerous wars while avoiding direct conflict with another major power. It has done so by ensuring that no adversary, even the leaders of the nuclear-armed Soviet Union, would ever believe that they could win a war against the United States and its allies.

A 2,000-year-old Roman maxim, “If you seek peace, prepare for war,” was reinvented as the modern doctrine of deterrence. It worked for 70 years. Today, war-weary Americans are in danger of forgetting its lessons.

The gold standard of deterrence, then and now, is to confront a potential aggressor with the credible prospect of failure. It has never been cheap or easy to sustain the forces, weapons, overseas bases or alliances needed to dissuade a powerful adversary from attacking. But such deterrence is infinitely preferable to war.

Two long wars, mounting national debts and enduring political gridlock brought forth the Budget Control Act in 2011 (PDF), which will require deeper cuts to planned defense spending over the coming decade. Since that time, global developments have combined to turn what looked to some like an acceptable gamble into a slow-motion train wreck.

The United States is underinvesting in defense and other instruments of national influence just when they are most needed. U.S. deterrence is no longer gold-plated.

Despite these developments, neither the administration nor Congress has reassessed the cuts in national security spending. But neither have they been willing to shrink America's role in the world or cede influence to Russia and China in their respective neighborhoods.

As a result, U.S. forces are spread thin across vast regions, they are failing to keep pace with the modernization of their most capable adversaries, and their combat readiness is poor. Spending as a percentage of gross domestic product is projected to fall to the lowest levels since the end of World War II.

Nowhere is the gap between U.S. security commitments and military preparedness more pronounced than in Europe. In 1999, when the U.S. led the NATO intervention in Serbia, it had 120,000 forces stationed in Europe. Today, it has roughly half that.

European militaries have shrunk as well. NATO today would be unable to prevent Russian forces from invading and overrunning the Baltic countries in a matter of days. Yet Obama has renewed the U.S. promise to defend them, as it has promised to defend Asian treaty allies.

The United States now risks relying more on its reputation from past wars than on actual military capabilities that can be brought to bear when and where needed for deterrence and defense.

A new RAND Corporation study shows that improving defenses along these lines needn't require Cold War levels of expenditure. It does require that Americans look realistically at the demands being placed on their forces and generate the revenues to meet those demands.

The United States could choose to do less in the world. But it can't meet growing challenges while spending less. Some Americans may still believe that the Pentagon can cut more without eroding capabilities—either because it can further tighten its belt or because the nation cannot afford any more “wars of choice” and therefore doesn't need a military that could fight one.

Neither assumption is warranted. The Defense Department has already absorbed billions of dollars in cuts and unexpected costs. And recent developments remind us that the United States is not the only nation that gets to decide where and when to fight.

In a turbulent world, improving U.S. deterrence is smarter, thriftier and safer than running the risk that an empowered adversary might miscalculate.

David A. Ochmanek is a senior defense analyst at the nonprofit, nonpartisan RAND Corporation.

This commentary originally appeared on Newsweek on October 19, 2015. Commentary gives RAND researchers a platform to convey insights based on their professional expertise and often on their peer-reviewed research and analysis.