RAND Experts Q&A on the Fighting in Kunduz 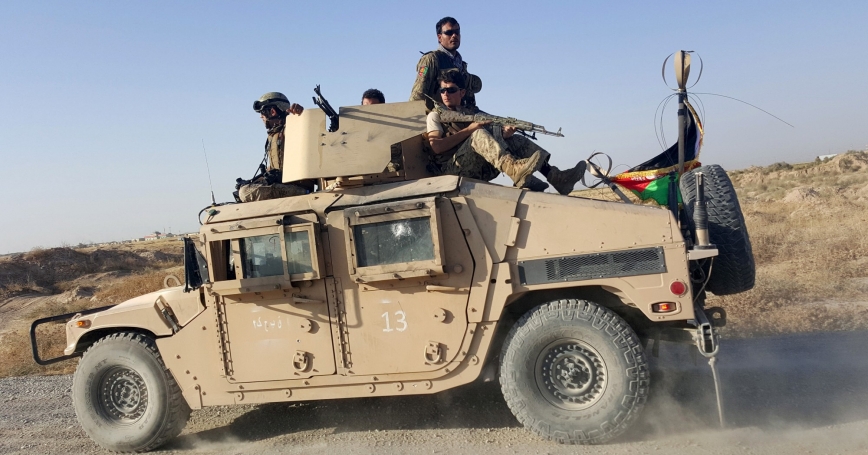 The Taliban battled its way into the center of Kunduz this week, with media reports saying it seized control of the northern Afghanistan city at least for a time. A trio of RAND experts participated in a Q&A on the situation and its significance.

Arturo Munoz is a senior political scientist who previously served 29 years at the Central Intelligence Agency; Rebecca Zimmerman is an associate policy analyst who has conducted extensive field research in Afghanistan; and Jason H. Campbell is an associate policy analyst who met with Afghan officials and citizens during a NATO-sponsored trip to the country last year.

Why was the Taliban able to overrun half of the city? What does this say about the Afghan government's ability to maintain control over the country?

Munoz: The fact that they achieved this military victory in the north is highly significant because the Taliban insurgency traditionally has been strongest in the Pashtun-dominated areas of southern and eastern Afghanistan. Most Taliban are ethnic Pashtuns, as opposed to the ethnic Hazaras, Tajiks, Turkmen and Uzbeks that collectively constitute the majority in the north. Partly because they enjoyed little popular support outside the relatively small Pashtun enclaves in the north, Taliban forces there for years were seen mainly as terrorists who could commit assassinations, suicide bombings and other terrorist acts, but not conduct major military offensives. By taking over the strategically important provincial capital of Kunduz, they have demonstrated that they now have the armed capacity to seize and hold territory, regardless of lack of popular support, thus advancing in an unprecedented manner the progress of the insurgency in that part of the country. Most observers expect that the Afghan army will succeed in retaking Kunduz. However, the unexpected fall of that important town to the insurgents bodes ill for the future, especially if the Taliban launch simultaneous attacks on provincial capitals.

Zimmerman: Afghanistan needs to keep northern minority groups attached to the central government if the country is to hold together politically, and to secure the north's vast mineral riches if the country is to prosper economically. The fact that Afghan forces have been unable to hold territory, despite the desire to do so, reflects a worrying overstretching of the force, and illustrates the extreme difficulty of empowering northern pro-government militias to hold that territory in place of the Afghan military. The wolves have been at the gate in Kunduz for a long time, and the Afghan government hasn't been able to devote the effort to securing the territory.

Campbell: At a macro level, the fact is that without the participation of coalition forces in combat operations the Afghan National Security Forces (ANSF) are spread too thin throughout the country to adequately address all of the pressing security vulnerabilities. Kunduz is an ethnically diverse province where rivalries over political and economic control have resulted in frequent periods of unrest. Nevertheless, since the overthrow of the Taliban the security efforts in Afghanistan have been decidedly more focused on the eastern and southern parts of the country, where the insurgency has been more robust, organized, and closer to the refuge and supply lines provided by Pakistan. Thus, the ANSF is currently limited in both the number and quality of reinforcements it can commit to northern provinces without placing other parts of the country at great risk. This reality is now confronting senior Afghan officials.

Why is Kunduz strategically so important? What does this development mean for the country and especially people of Kunduz?

Zimmerman: Kunduz is a border province, and thus the capital city plays a significant role in Afghanistan's contact with Tajikistan and the rest of the outside world. As with other areas in the north, Kunduz has minerals in the ground that make it a potential revenue generator for state or non-state actors. It is also a key agricultural hub. But the key terrain in Kunduz is political. With the northern communities constantly on alert to the possibility of getting short shrift, this sudden loss of security could cause some northerners to believe that the national government cannot protect them. If the central government doesn't take swift action to restore calm, their influence could be significantly weakened.

Campbell: Losing Kunduz for an extended period of time would be a crushing loss for the Afghan government and call into question the ability of the ANSF to maintain the territorial integrity of the country. It could also inspire other insurgent groups to press the advantage in other parts of the country. As for the people of the city, reports from other parts of the province that have been overrun by insurgents suggest that the population may be forced to adhere to the more strict codes of living and conduct seen previously during the Taliban era. Kunduz serves as a gateway to northern Afghanistan. Losing control of such a transport hub would create a significant logistical disconnect for the Afghan government and provide direct access to smuggling routes to Tajikistan and Uzbekistan to the north. Moreover, Kunduz city holds symbolic value to the Taliban as it was one of the group's last holdouts in the north prior to their overthrow.

The Taliban have not held a major Afghan city since their government was overthrown by the U.S.-led invasion in 2001. What does this military success reflect about the Taliban's strength, resilience and their military strategies?

Munoz: Afghans knowledgeable about the situation in the north have been warning for years that the security situation was deteriorating in part because of the influx of radical Islamic militants from Tajikistan, Uzbekistan and other part of Central Asia. These foreigners have been quietly setting up camps and training areas and establishing control over isolated communities. Although no accurate reports of the composition of the Taliban forces that took over Kunduz are available at this moment, it is logical to assume that they included a contingent of Central Asian Islamic radicals that have made common cause with them. This mirrors the situation in the south and east, where radical Islamic militants from Pakistan and other parts of the Middle East are often found in Taliban ranks.

Campbell: The advance into Kunduz city suggests that any hope for the Taliban being riven by an internal power struggle following the confirmed death of Mullah Mohammed Omar may be overly speculative. Additionally, early reports state that insurgent forces engaged in the attack on Kunduz city numbered in the hundreds and were deliberate in the buildings they targeted. This suggests that, given the numbers, the insurgent groups involved are capable of planning and executing a coordinated offensive. What remains to be seen is the degree to which they can defend their gains.