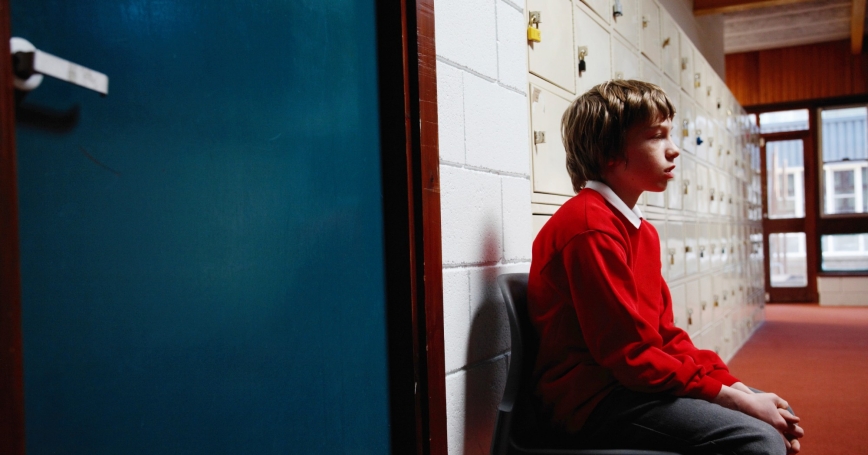 The U.S. Department of Education kicked off a “Rethinking Discipline” campaign over the summer that could help bring attention to “restorative practices,” an alternative to the zero-tolerance policies that are standard practice in many schools.

Many parents and students are familiar with zero-tolerance policies: If a student violates a school rule, commonly related to drugs and weapons, these policies mandate a harsh punishment, such as suspension or expulsion, regardless of extenuating circumstances or accidental mistakes.

Opponents of zero tolerance often cite research that shows these policies have resulted in disproportionately higher suspension rates among black students and students with disabilities. The policies are also disruptive—removing students from the classroom minimizes the time they spend learning. Research has shown that students who spend less time in the classroom are more likely to have higher dropout rates and lower earning power.

In contrast, restorative school practices are based on the premise that students need to take responsibility for their actions by addressing the students they hurt. This “restoration” can happen in addition to, or instead of, a suspension. Restorative practices are rooted in restorative justice, which has been around since the 1970s and uses face-to-face conferences to mediate and determine appropriate reconciliation between offenders and victims. In 1999, the International Institute for Restorative Practices was formed to expand the restorative paradigm beyond criminal justice.

According to restorative practitioners, the approach is more likely to result in lasting behavior change and lead students to more readily accept disciplinary decisions, since they have had a say in them. A key restorative practice features small-group discussions, called “circles,” that are held regularly throughout the school year with students and their classroom teachers. The goal is to create a positive atmosphere for discussion while providing a forum to deal with negative behavior, such as bullying or student fights.

Restorative practices are a more tailored approach than mandating prescribed punishments for specific misbehaviors. For instance, when a student has harmed another student or staff member, both parties come to an agreement on how to make amends. Or, if a student bullies or teases another student during class, the teacher can convene a specific “restorative circle” to address the behavior. During the restorative-circle discussions, the student who was teased tells the student who bullied how it felt. In theory, the student who bullied then apologizes, and together—with the teacher's help—the students decide on an appropriate punishment and ways to repair the damage.

Recent evaluations demonstrate the promise of the restorative approach in lowering suspension rates and reducing disparities in punishments. An evaluation of such practices in six U.S. schools (PDF) by the International Institute of Restorative Practices suggests that schools using the approach have seen a reduction in suspensions. A recent study of restorative practices conducted by a researcher from Rutgers University found that classrooms that rely heavily on restorative practices for discipline have fewer differences in the rates of disciplinary referrals for black students, when compared with referrals of white or Asian students. (For instance, a disciplinary referral often occurs when a teacher sends a student to the principal for a behavioral issue that the teacher tried to handle, without success.)

While these evaluations of restorative practices suggest that the approach may work, there has been no scientific experimental evidence of their effectiveness. However, RAND is currently conducting two studies to change that.

With funding from the National Institute of Child Health and Development, RAND researchers are conducting a randomized controlled trial of restorative practices in 14 schools in Maine. The goal of the trial is to show how restorative practices affect the school environment (such as school climate and student connectedness) and youths' behaviors (bullying, academic achievement, disciplinary referrals), and whether a restorative middle school can protect students from engaging in risky behaviors (drinking, sex) after they transition to high school.

In Pittsburgh, the U.S. Department of Justice is funding a randomized controlled trial that involves 22 urban public schools working with the International Institute for Restorative Practices to implement restorative practices for two years. For this study, RAND researchers will examine the challenges and successes related to implementation—and compare student behavior and other measures of school safety with those from 22 control schools in the same district.

In September 2016, these studies will begin to provide the first experimental evidence on the impact of restorative practices on student behavior and school safety. Discipline rethought, with hard data.

Joie Acosta and Matthew Chinman are senior behavioral scientists, John Engberg is a senior economist, and Catherine Augustine is a senior policy researcher at the nonprofit, nonpartisan RAND Corporation.

This commentary originally appeared on Education Week on October 13, 2015. Commentary gives RAND researchers a platform to convey insights based on their professional expertise and often on their peer-reviewed research and analysis.