The Prospective Impact of Airbus Industries on Mobile 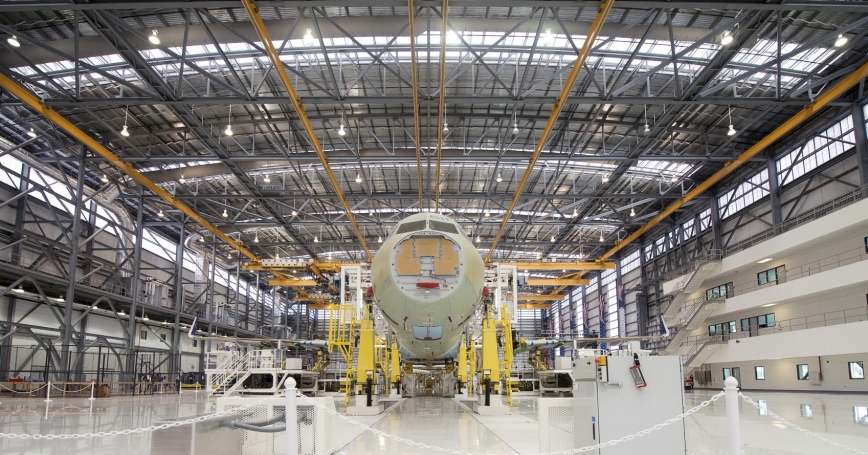 An Airbus A321 being assembled at the new Airbus U.S. Manufacturing Facility in Mobile, Alabama, September 13, 2015

There has been considerable acclaim and excitement associated with Airbus Industries' recent opening of a final assembly facility in Mobile, Alabama.

Recently, RAND published a report entitled The Economic Consequences of Investing in Shipbuilding that, coincidentally, evaluated the impact Austal USA Shipbuilding has had on the Mobile region. Indeed, Austal USA's current employment level of about 4,200 is approximately four times as large as projected Airbus employment in Mobile. 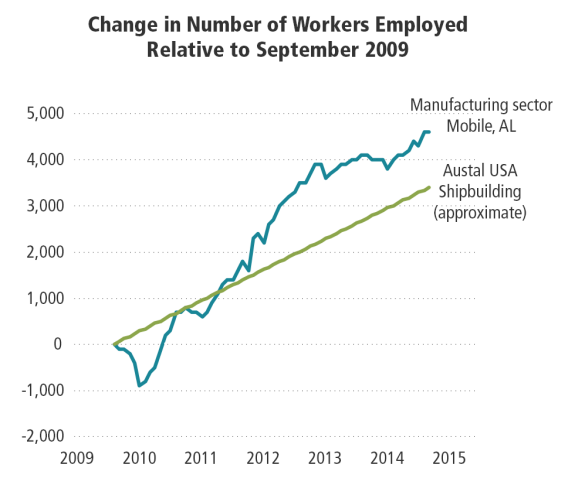 There are specific characteristics of Austal USA's operations in Mobile that have redounded to the broader region's advantage. The State of Alabama has provided an Austal USA-designed six-week pre-employment course to qualified individuals who aspire to work for Austal USA.

One drawback of Austal USA as a regional economic catalyst is that the low-volume nature of shipbuilding implies that relatively few local suppliers provide parts to Austal USA.

If Austal USA's experiences are any guide, we expect Airbus to have a net favorable impact on the Mobile region's economy. The region does not appear to be at or near full employment so we would expect Airbus's hiring to have net positive effects.

Ideally, for the region (if not for the firm itself), Airbus would provide training to a number of workers who would bring their skills to other employers. We would not, however, expect the type of substantial supplier clustering that has occurred in Alabama's automobile industry.

Edward G. Keating is a senior economist and Irina Danescu is a research assistant at the nonprofit, nonpartisan RAND Corporation.

This commentary originally appeared on AL.com on October 6, 2015. Commentary gives RAND researchers a platform to convey insights based on their professional expertise and often on their peer-reviewed research and analysis.