When Public Trust in Corporations Is Shaken 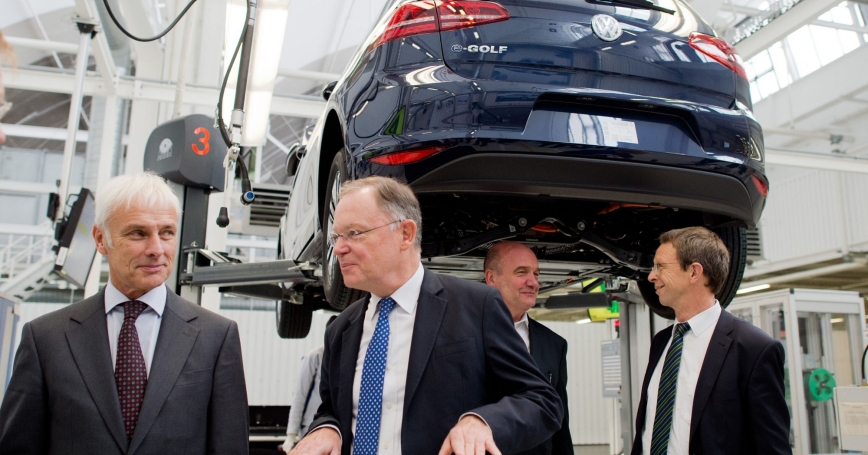 In admitting that it manipulated software in its diesel cars to skirt emissions regulations, Volkswagen became the latest corporate giant to have its reputation tarnished by scandal. These concerns have bred mistrust among various stakeholders including consumers, employees, partners and policymakers.

Volkswagen has pledged to rebuild this trust. But while there's a lot at stake for Volkswagen and the market for diesel cars, the impact could spread still further. The scandal could erode public confidence in automotive technologies and contribute to the public's skepticism of tech companies.

Cars have become increasingly reliant on technology. But if you can't trust a car company to do the right thing when it comes to emissions-monitoring software, do you want it making decisions about technologies that control even more critical functions like steering and brakes? It's an important question, considering that software controls automotive functions from bumper to bumper, including critical safety features like those designed to detect and avoid potential collisions.

Blurring the lines between automakers and tech companies, Apple, Google and other companies offer mobile apps that plug into and control car entertainment systems. Similarly, autonomous vehicle technology is expected to take reliance on technology a step further.

The Volkswagen scandal comes at a time when the public's trust in both the automotive industry and tech companies is at risk. In the last few years, tens of millions of vehicles were recalled over Takata's fatally flawed airbags and General Motors recalled millions of vehicles and paid compensation in more than 100 deaths because of faulty ignition switches. And when it comes to tech companies, surveys by the Pew Research Center show that many Americans lack confidence that their data is safe and "a cloud of personal 'data insecurity' ... now looms over many Americans' daily decisions and activities."

The Volkswagen scandal provides a stark reminder of how technologies may fail, or worse, be deliberately manipulated without consumers' knowledge. Automakers and tech companies employ software, algorithms and other complex technologies that almost guarantee that consumers and regulators must trust the companies that develop and sell them. Future cars — electric or autonomous vehicles, to name two — will rely even more heavily on these opaque systems.

People routinely trust their safety and private information to technology they barely understand. It is well-known that cars can be remotely hacked and that data breaches are common, but each day, millions of people drive to work or check their email without a single thought of their car's reliability or the safety of their private data. What happens when the public loses trust in these technology providers?

Typically, the perceived importance of organizational trust has centered on corporate reputation — meaning that the company is believed to be competent and won't behave badly. When faced with crises of confidence, organizations may need to rebuild trust with multiple parties. For example, government or regulatory bodies may demand reparation. Partners or clients could refuse further collaboration. The public could protest or boycott. Investors could flee. Not least are the affected parties themselves — consumers. Moreover, trust in one company affects — and is affected by — trust in that industry at large.

Previously successful strategies have involved proactive responses that express empathy for those affected and actions to address root causes of a problem rather than trying to manage perceptions surrounding it. In September 1982, seven people in the greater Chicago area died over 72 hours from cyanide-laced Tylenol. Tylenol subsequently lost 87 percent of its market share, and Johnson & Johnson's stock dropped 29 percent. Johnson & Johnson's organizational response, now a widely cited model of success, employed a wide-ranging and coherent strategy that included proactive recalls, transparent communications with the public and Food and Drug Administration and the invention of tamper-resistant packaging to prevent future incidents.

Tylenol returned to shelves after only a few months, eventually regaining most of its precrisis market share. Johnson & Johnson's reputation may have even been enhanced by its successful response.

Although this success may not be necessarily replicable (Johnson & Johnson was the victim, rather than the perpetrator, of the incident), some of its elements may be instructive for Volkswagen or other organizations. Tech companies, dealing with their own issues of consumer trust as related to user privacy and data security, may also benefit from exploring how reputational trust influences adoption of emerging technologies.

Trust's role in technology adoption and usage may increasingly be related to the companies that supply those technologies. In other words, trust in technology has become trust in an organization. So the level of public trust in an individual organization could end up burnishing — or infecting — an entire industry or new technology. Volkswagen, for example, has championed the promise and potential of clean diesel, leading some to suggest that the market for this technology will be significantly set back by the emissions scandal.

As the pace of innovation marches on, policymakers, automakers, and the tech companies still dreaming big should consider what factors influence consumers' continued willingness to purchase — and then trust their lives to — technological black boxes. If they don't, they risk the futures of the very technologies they seek to advance.

Douglas Yeung is a social psychologist at the nonprofit, nonpartisan RAND Corporation and a professor at the Pardee RAND Graduate School.

This commentary originally appeared on U.S. News & World Report on October 28, 2015. Commentary gives RAND researchers a platform to convey insights based on their professional expertise and often on their peer-reviewed research and analysis.