A Comprehensive Approach to Early Education 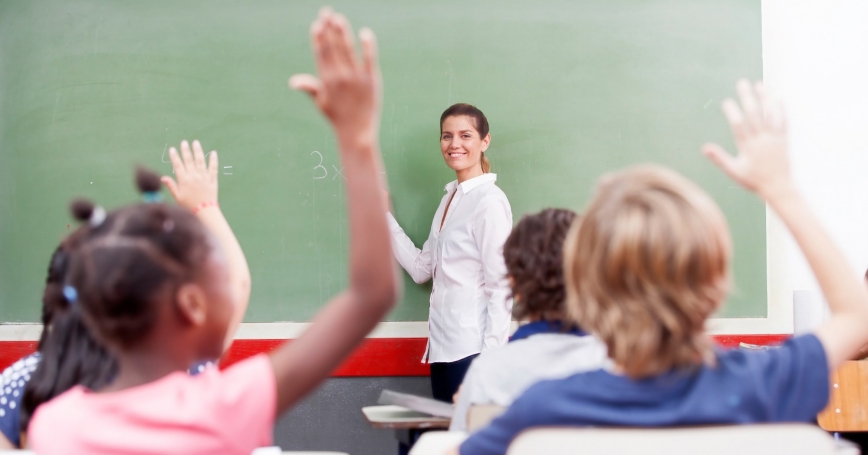 For many children, kindergarten is an exciting time that marks the beginning of their path to educational success. But too many begin school with deficits — in language, social and pre-math skills — that often persist throughout their educational careers. A relatively new approach to improving long-term educational outcomes, called “preschool to third grade,” or P-3, focuses on the youngest students. The goal of this approach is to ensure that children enter kindergarten with the skills they need to learn there and to create learning environments from pre-K through third grade that strengthen these skills and support learning. Research has shown that third-grade skill levels are important predictors of later academic and workforce success.

Some of these initiatives are more comprehensive than others. However, most emphasize greater access to high-quality pre-K for 3- and 4-year-olds; support for the transition from pre-K to kindergarten; alignment of curriculum, standards and assessment from pre-K to grade three; training for pre-K to third-grade teachers that focuses on child development and child-centered learning approaches; instructional practices that support an individual child's learning and social and emotional development; parent engagement in learning; and use of data for quality improvement and accountability.

While the preschool to third-grade approach is intuitively appealing — and some components of it have previously been implemented in a variety of local communities — studies to determine whether these initiatives produce improved academic skills had not been done until recently. A five-year preschool to third-grade initiative implemented by Hawaii's P-20 Partnerships for Education is the first to include a comprehensive set of components that comprise the new model and to rigorously evaluate its effects on third-grade reading scores.

The evaluator, the RAND Corporation, compared reading scores of students whose schools participated in preschool to third-grade programs with those of students in schools that did not. Teams in five local demonstration sites — chosen because of the relatively low performance of their schools — worked jointly with local pre-K and kindergarten to third-grade leaders to align preschool to third-grade curricula, implement teacher assessments (both preschool and kindergarten through third grade), provide professional development, improve access to early learning services, work with parents and schools to increase the number of children with preschool experience and ease their transition to kindergarten and support parents as children's first teachers.

State-level components of the initiative focused on building professional capacity in the pre-K to third-grade workforce, raising awareness of the potential value of early learning among policy leaders, establishing state guidelines for early-learning objectives and family involvement and linking pre-K and kindergarten-to-college, or K-20, data in a longitudinal database.

RAND's recently published evaluation indicates that Hawaii's preschool to third-grade initiative has been successful at raising third-grade reading scores. The amount of improvement is equivalent to the benefits of an estimated nine additional weeks of schooling each year. This is more improvement than the average elementary school intervention for mainstream students delivers.

A key driver of the initiative's success, according to both researchers and participants, was the cooperative, ongoing relationships established in the demonstration sites between pre-K and kindergarten to third-grade leaders and practitioners, many of whom did not know each other before the preschool to third-grade initiative began. This collaboration was explicitly required as a condition of the program's participation. Local decision-making regarding activities to be pursued within each core area and a focus on measurable outcomes also contributed to the initiative's success.

Gail L. Zellman is a senior research psychologist and M. Rebecca Kilburn is a senior economist at the nonprofit, nonpartisan RAND Corporation.

This commentary originally appeared on U.S. News & World Report on November 20, 2015. Commentary gives RAND researchers a platform to convey insights based on their professional expertise and often on their peer-reviewed research and analysis.