A Tale of Two Deliveries, or an Out-of-Network Problem 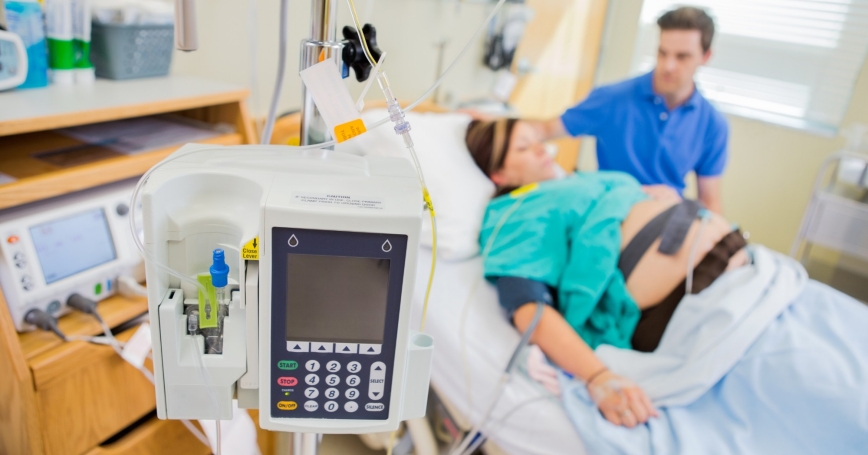 As coworkers and first-time moms-to-be, we shared much of the pregnancy journey together — including the same employer-sponsored health insurance plan. We even delivered within weeks of each other at the same hospital. For both of us, the key to managing the pain of labor and delivery was the epidural delivered by our anesthesiologists.

When it came to paying the bill, our hospital experiences diverged in one key way. Layla received an unexpected bill for $1,600 for anesthesiology services and warned Erin to expect the same. Yet Erin's bill never came. Layla happened to deliver on a day when an out-of-network anesthesiologist was on call, while Erin was seen by an in-network anesthesiologist. Purely by chance, one of us received an expensive physician bill and the other did not have to pay a dime.

Neither Layla's statement of benefits nor the bill from her provider had stated that the $1,600 was an out-of-network charge. And she was still on the hook for the $560 difference, while Erin paid nothing for the same service. How was that possible? The answer, we discovered, was in the way insurance networks are structured and in how hospitals contract with physicians.

When 'In Network' Isn't All-Inclusive

We both intentionally selected obstetricians and a hospital that were “in network,” thinking that we had done all the necessary homework when it came to orchestrating, and paying for, a planned hospital stay. As we would learn, selecting an “in network” hospital is only part of the puzzle for consumers negotiating the health care system.

Since the Affordable Care Act (ACA) was implemented, news stories have often described examples of hospital patients who have been hit with surprising and substantial doctor bills after being discharged. While the ACA includes provisions that limit out-of-pocket costs for patients seeing “in network” providers, the same protections are not extended to care received from out-of-network physicians — even when the patient has no choice in the matter.

Who would have the presence of mind during labor to ask whether the anesthesiologist on call is part of her insurance network?

Patients often aren't made aware of this out-of-network policy until after they are discharged. Sometimes the physician in question wasn't even there, which can be the case with radiologists and pathologists who read test results off-site. An out-of-network physician is allowed to bill patients for the difference between the amount charged for services and what the insurance company is willing to pay. For Layla, the difference was a few hundred dollars, but when surgery or emergency care is involved it can easily soar into the tens of thousands.

When out-of-network physicians treat patients at an in-network hospital and bill the patient for the difference, it's called “balance billing.” It is illegal in Medicare to balance bill if a physician accepts Medicare patients, but the practice is allowed in other insurance plans, including employer-provided plans and those purchased through ACA marketplaces. It may be impossible in the moment to know whether a physician is in-network or out-of-network.

Excuse Me, but Are You Part of My Network?

Who would have the presence of mind during labor to ask whether the anesthesiologist on call is part of her insurance network? While providing patients with information regarding which physicians are in network is an important part of health insurance transparency, it is meaningless in situations where the patient has no choice. During labor and delivery, neither of us had any idea if more than one anesthesiologist was available, much less whether they were in-network. The additional out-of-pocket charge on top of the other labor and delivery expenses was left entirely up to chance.

Have You Recovered Enough to Decipher Your Bill Now?

A few months after delivery, Layla called her insurance company and was told that she was required to pay the charge because she “chose” an out-of-network provider. After making it clear that no choice was involved, she learned that the first step to having the service covered would be to request that the service be processed as in-network. She was also told to mark her “choice” of an out-of-network provider as involuntary. When that request was turned down, she filed a formal appeal that eventually went her way. When her baby was almost nine months old, Layla received a $560 check reimbursing her for the out-of-pocket costs. The transaction costs for this months-long back and forth were significant.

Expecting patients to decipher and pay unexpected and non-transparent physician charges in the days and weeks of recovery following a hospital stay places a substantial and unnecessary burden on the patient. When it comes to post-labor and delivery, a patient is also juggling the demands of a newborn and often experiencing increased financial strain due to parental leave from work.

Out-of-network charges may disproportionately impact those least able to dispute them.

A national survey published in 2013 showed that the likelihood of involuntary use of out-of-network providers was higher among those with lower incomes and whose health status is “fair” or “poor.” This suggests that out-of-network charges are disproportionately impacting those who may be least able to dispute them.

Patients who have gone out of their way to ensure they receive care at an in-network facility should not be surprised by bills for involuntary out-of-network services. One solution would be to require that all providers offering care at an in-network facility are included in the plan's network. Absent that, a few policy changes in the current system could be a step in the right direction.

Hospitals could have patients preregister for a planned stay and work with the insurance company to provide each patient with the estimated total expected charges. The estimates should incorporate all hospital and physician services, and account for possible variation due to intensity of services required or out-of-network services.

Physician bills and insurance statements need to be simplified. While bills and explanations of benefits usually state the amount the insurance company won't pay, they often don't clarify that the charge is the result of out-of-network services.

Clearer explanations of charges, reasons the insurance company did not pay the full amount, and why the patient is being charged would help consumers better understand their bills — and help prepare them to pay them.

Researchers and policymakers have questioned the limited hospital and physician networks in the ACA health insurance marketplaces, as these networks provide access to a smaller set of providers.

Clearly spelling out expected health care costs, and the likelihood of out-of-network charges, would go a long way toward reducing the economic uncertainty associated with hospital stays — and help patients understand the billing statements they receive after discharge.

Erin A. Taylor is an associate policy researcher and Layla Parast is a statistician at the nonprofit, nonpartisan RAND Corporation.