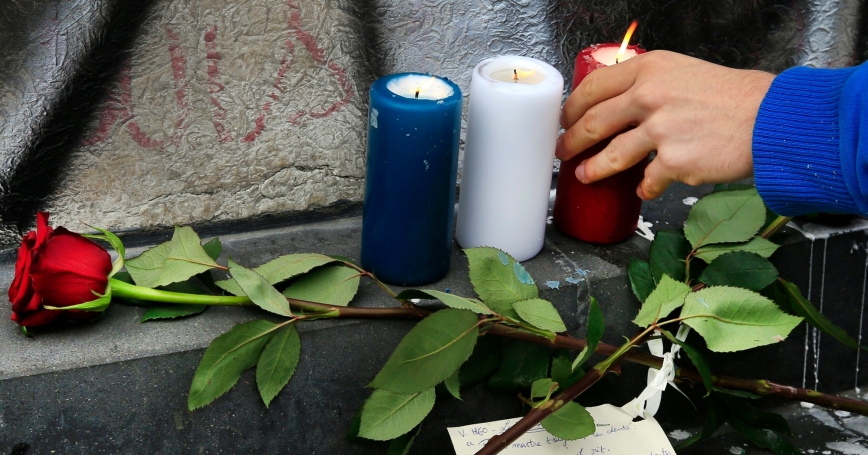 Candles in the French national colours are placed near the Bataclan concert hall the morning after a series of deadly attacks in Paris, November 14, 2015

It was the Mumbai scenario that security authorities everywhere dread: multiple simultaneous assaults carried out by suicide bombers and heavily armed attackers, killing at random, taking hostages to slow the police response.

In the 2008 attack on Mumbai, five two-man terrorist teams armed with AK-47s, extra magazines of ammunition, pistols, hand grenades and improvised explosive devices attacked the central train station, a Jewish center, a restaurant popular with tourists and two hotels where they seized hostages. The episode paralyzed much of the city for 60 hours. Before being gunned down, the terrorists killed 164 people.

Similarly, in Paris, the heavily armed terrorists reportedly struck at six locations, including restaurants, a football stadium and a theater during a rock concert. Some of the attackers were armed with assault rifles. A number carried suicide bombs. The terrorists took hostages at the theater, where the greatest carnage occurred. According to a Paris prosecutor…

Brian Michael Jenkins is senior adviser to the president of the nonprofit RAND Corporation and the author of The Dynamics of Syria's Civil War.

This commentary originally appeared on CNN on November 14, 2015. Commentary gives RAND researchers a platform to convey insights based on their professional expertise and often on their peer-reviewed research and analysis.