Could the Russian Jet Crash in Egypt Prompt a Change of Direction for Putin and Russia? 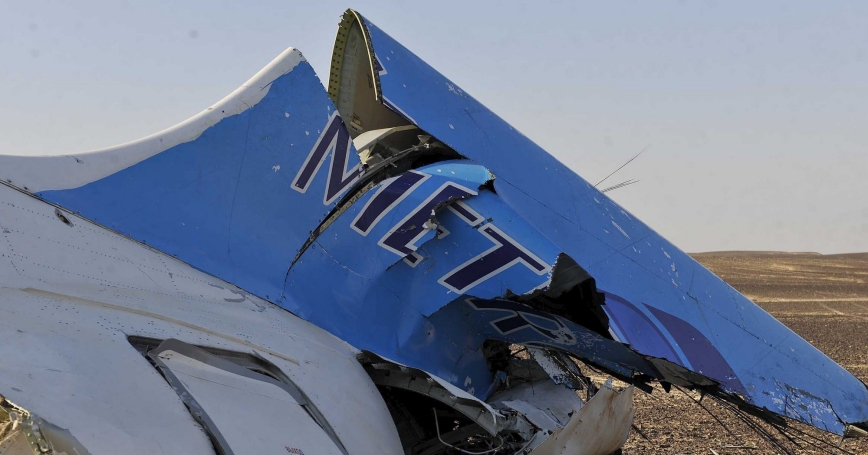 The remains of a Russian airliner that crashed are found near Al-Arish, Egypt, October 31, 2015

If the Islamic State was responsible for the downing of the Russian passenger jet over Egypt last Saturday, this may alter the strategic equation for Moscow. Will it persist on an anti-Western path even as security threats and economic opportunity are becoming more globalized? Or will Russia cooperate with the West to protect against terrorism and improve the living standards of its people?

The tragedy in Egypt, in which 224 passengers and crew perished, is Russia's worst aviation disaster in decades. It comes just weeks after Moscow dispatched combat aircraft to support Syria's Shia-linked regime, led by Bashar al-Assad. Russia is also organizing a regional alliance of Shia powers — Iran, Iraq, and Hezbollah — to buttress Assad's rule against armed domestic opponents and the Islamic State, both of which are Sunni.

A problem with this picture is that only five percent of Russia's millions of Muslims are Shia. Moreover, several thousand Muslims from Russia are now fighting with the Islamic State, and some in Russia fear they will return home and carry out terrorist acts.

Russia and the West face a number of common challenges, from terrorism to nuclear proliferation, that no country can address acting alone. Likewise in the economic sphere, cooperation can raise incomes by mobilizing financial capital and expanding trade and investment.

In recent years, tensions between Russia and the West have heightened. Last year, Russia seized Crimea from Ukraine, and launched an assault in eastern Ukraine that has left thousands dead. In 2014, a Russian anti-aircraft missile downed a Malaysian airliner over Ukraine, killing 298. Russian combat aircraft are flying intimidating patrols over the Baltic Sea. Moscow is abridging an arms control treaty by testing banned intermediate-range missiles.

In response to the aggression in Ukraine, the West has sanctioned key Russian entities and Kremlin “cronies” and NATO has rotated some forces through its eastern member states. Moscow, in turn, has banned many food imports from Europe and embraced a more stand-alone economic model. Yet Russia would gain from open markets that leverage its entry into the World Trade Organization, which the West supported.

Moscow faces a choice between two paths. One is to continue confronting the West, and seek retribution on its own against the Islamic State. But this holds little prospect of improving Russia's security or economic condition.

The second path is to work with the West. In Syria, Moscow could collaborate to defeat the Islamic State on the battlefield while pursuing a more inclusive rule. Transitional arrangements to share power could make Syria more stable. They should involve Shia, Sunni, and other minorities. In Ukraine, Moscow could begin by withdrawing from the occupied areas in the east. The West would end the sectoral sanctions that have harmed Russia's economy. The issue of Crimea could be left for the future.

Could the downing of Metrojet Flight 9268 prompt a change of direction for Russia? That's for its own people to decide. The West should not hesitate, however, to reciprocate if Russia embarks on a more constructive and open course.

This commentary originally appeared on Fox News Channel on November 6, 2015. Commentary gives RAND researchers a platform to convey insights based on their professional expertise and often on their peer-reviewed research and analysis.