France Is Right to Stay the Course 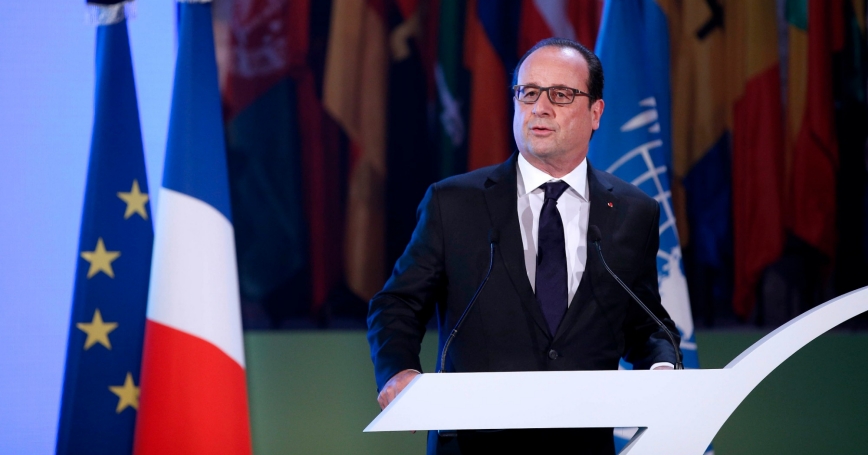 On Nov. 18, French President Francois Hollande announced that 30,000 Syrian refugees would be welcomed in France, honoring the commitment France made to its European partners before the Paris attacks. With this statement, he signaled that France would not alter its refugee policy in response to the attacks and the concerns that were raised — not just in France, but also in Poland, the United States and elsewhere — about refugees as potential terrorists.

As a matter of fact, reducing or even limiting the number of Syrian refugees authorized to resettle in France would have had several disastrous effects. It would have lent credence to the idea that refugees are more likely than other categories of the population to undertake terrorist attacks, which is not supported by evidence. It would have lent credence to the false idea that France's refugee policy is inadequate and an idealistic, naive open-door policy. Hollande reiterated instead that refugees would, as always, undergo strict background checks to ensure that they are entitled to refugee status. Reneging on commitments would have broken solidarity with France's European partners at a time when other European leaders, such as German Chancellor Angela Merkel, are under pressure themselves to change their refugee policy.

Now, more than ever, EU solidarity is needed not only to deliver on the commitment to welcome those who flee war and persecution but also to put into place policies that are consistent across the union, such as a passenger name record, harmonized at the EU level, that could increase safety for all. Finally, significantly altering France's and the EU's refugee policy in response to the attacks would also send the signal that terrorists are winning out over the EU's vision of openness and liberal values and feed into the Islamic State group's portrayal of Europe as the enemy of Islam.

With regards to internal surveillance and border control, here again, staying the course is wise. The last thing France needs is legislation that would undermine its values of freedom of speech; this would be another victory for terrorists. Balancing increased monitoring of individuals and networks with respect for individual liberties is a difficult task but will ensure that these measures lead to less, rather than more, radicalization. Some adjustments are certainly needed, and Hollande has already announced them, such as increasing staff numbers in the police and judiciary sectors or asking for a revision of the French Constitution to update the current state of emergency law, which dates back to 1955 and is seen as not responding to current needs.

France will continue its efforts to boost its counterterrorism capabilities, which started after the January attack on the Paris office of satirical magazine Charlie Hebdo, to ensure that they are able to track more thoroughly all individuals flagged as potential security risks. Yet this can be done with incremental measures that remain true to the rule of law rather than sweeping anti-terror legislation that could prompt a backlash against French authorities.

Similarly, sticking to the status quo may be the best course of action regarding the Schengen Agreement, which was decried after the Paris attacks as preventing EU countries from exerting much-needed controls at their borders. This agreement is important: Free circulation is at the core of the EU project and ideal, and has positive economic effects for the union. It also includes an element of flexibility: EU members can decide on a suspension of the agreement for a limited time for reasons of national security. Before the attacks, France had already planned on activating that suspension at the end of November for the multilateral conference on climate change in Paris. Marginal changes might be needed, such as allowing countries to reinstate controls for a longer period when circumstances warrant it, but this does not mean that the agreement itself should be fundamentally questioned or re-examined.

When faced with attacks of the magnitude recently witnessed in Paris, there is an expectation that officials should be seen as doing something — whatever that something may be — and that inaction is not an acceptable response. Yet another perspective would be to think that if the Islamic State group is trying to change some of France's policies, then France is probably doing some things right. It would be another tragic effect of the Paris attacks if France reneged on those policies that infuriate the Islamic State group or took spectacular but ill-advised measures that will bring the Islamic State group closer to its objective of dividing France politically and religiously. Sometimes staying the course is the best response to terror.

Stephanie Pezard is a political scientist at the nonprofit, nonpartisan RAND Corporation.

This commentary originally appeared on U.S. News & World Report on November 24, 2015. Commentary gives RAND researchers a platform to convey insights based on their professional expertise and often on their peer-reviewed research and analysis.