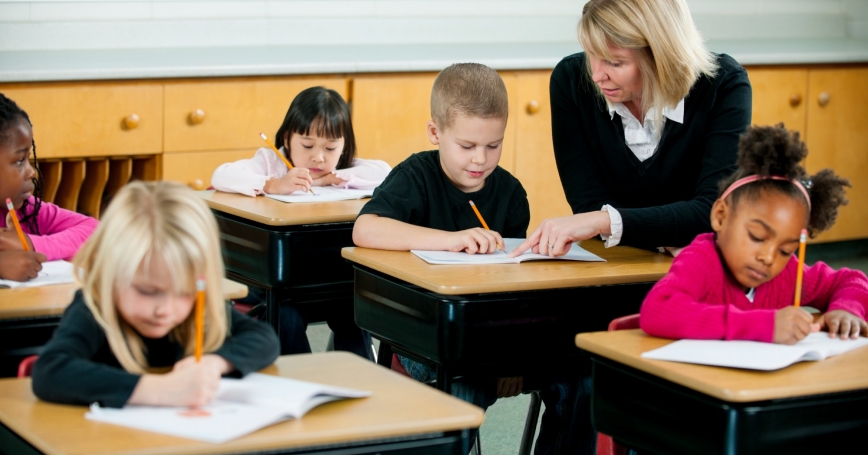 School systems around the world have been increasingly under pressure to improve student achievement and promote the skills students need to participate effectively in national and global economies. To achieve this end, many have been implementing school-wide reforms focused on systemic change, based on the idea that a school's performance will be strengthened by a coherent vision of its mission and by a strategy that considers every aspect of the school's operations in organizational restructuring and/or changing the school culture. While the reforms themselves may vary, underlying them all is the recognition that a school includes many components—such as teaching, administration, and finance—that interact.

In the United States, school reform has perhaps become most prominent as a key strategy targeted to schools identified as “lowest performing” under No Child Left Behind—a group comprising 5 percent (PDF) of public schools in each state. Many of these schools have received Title 1 School Improvement Grants that fund implementation of reform approaches such as the school turnaround model and the school transformation model, which require schools to adopt new governance structures, institute comprehensive instructional reforms, create community-oriented schools, and have operational flexibility. In other countries, such as Indonesia and Qatar, similar types of reforms have required school restructuring in order to increase school autonomy, accountability, innovation in instruction, and community involvement.

Although countries differ greatly in how their education systems are structured and financed as well as the extent to which they are centralized, we see both in the United States and abroad common obstacles that undermine the possibility of reform success. RAND research has identified the following as shared barriers to successful implementation:

Beyond the obvious steps of providing adequate resources and professional development, we offer several additional recommendations for what can be done to improve the implementation of school-wide reforms.

Proponents of the school reform approach argue that low-performing schools are not deficient only in one area but in multiple areas and thus need multi-pronged interventions that address all aspects of schooling. And, indeed, evidence supports the idea that low-performing schools or education systems require systemic-level reforms in order to improve. In the United States and around the world, school reform efforts must be vigilant in tackling the persistent barriers they face if they wish to live up to the promise of true, comprehensive change.

Rita Karam is a policy researcher at the nonprofit, nonpartisan RAND Corporation and a professor at the Pardee RAND Graduate School.