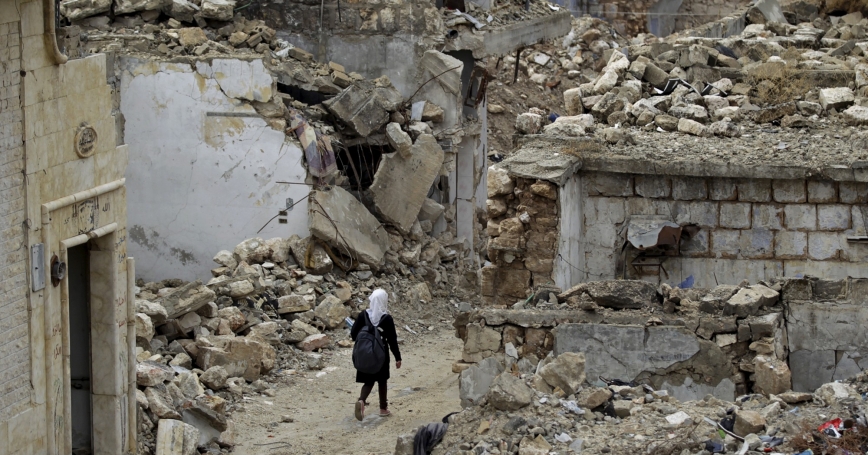 As top diplomats from the United States, Russia, Saudi Arabia, Turkey, Iran and Europe assemble in Vienna for talks aimed fashioning a political solution to the war in Syria, it's difficult to be optimistic that a solution to the tortured four-year-long conflict will be found. But charting a path to peace is not impossible.

Any peace in Syria is better than the current war. Whether Syrian President Bashar Assad stays or goes should be regarded as a matter of pure expediency. Whichever alternative offers a surer road to peace should be embraced. The Islamic State will never join in any settlement. Peace therefore requires that everyone else stop fighting each other and join in suppressing the Islamic State.

The first step toward any settlement should be a ceasefire involving all factions other than the Islamic State. The external sponsoring states should guarantee adherence to this ceasefire by their respective protégés. Russia and Iran should formally undertake to ensure Assad's forces stand down. The United States, Turkey and Saudi Arabia should guarantee their protégés do the same. All external and internal parties should collaborate in denying the Islamic State any territorial base.

This ceasefire in place, representatives of all the Syrian factions should assemble under United Nations auspices to design the future Syrian state. Given the differences among these factions, this process could take years. In the interim, each faction should govern the territory it holds, while the external parties should undertake to ensure no internal party seeks to expand its territorial hold.

This means Syria will be effectively partitioned for some interim period. Assad or his successor would continue to govern the regime's currently held territory, enjoying Russian and Iranian protections, but also being constrained by Russia and Iran from expanding that territory. The Kurds and the Sunni Arab insurgents would enjoy similar authority — protection and externally provided oversight in their areas. The external powers would be mandated by the UN Security Council to exercise the authority needed to monitor and maintain the ceasefire. Syria would remain, nominally at least, a single sovereign entity and the external parties would encourage their Syrian protégés to coalesce around some new, probably highly decentralized state structure.

Territory currently occupied by the Islamic State might go to whichever faction recovered it or, preferably, be put under some sort of international administration pending the reunification of the country.

In some respects, this Syria would resemble post-1945 Germany, with its four occupation zones and its 44-year path to reunification. The world learned to live with that divided Germany, without ever acknowledging the permanence of that division. It can do the same with Syria.

A solution along these lines has nothing to recommend it other than being the only feasible path to peace, and thus an infinite improvement over the current conflict.

James Dobbins was the State Department's special representative for Afghanistan and Pakistan in the Obama administration and is a senior fellow at the RAND Corporation.

This commentary originally appeared on USA Today on October 30, 2015. Commentary gives RAND researchers a platform to convey insights based on their professional expertise and often on their peer-reviewed research and analysis.