The SDSR: A Step Forward, but Questions Remain 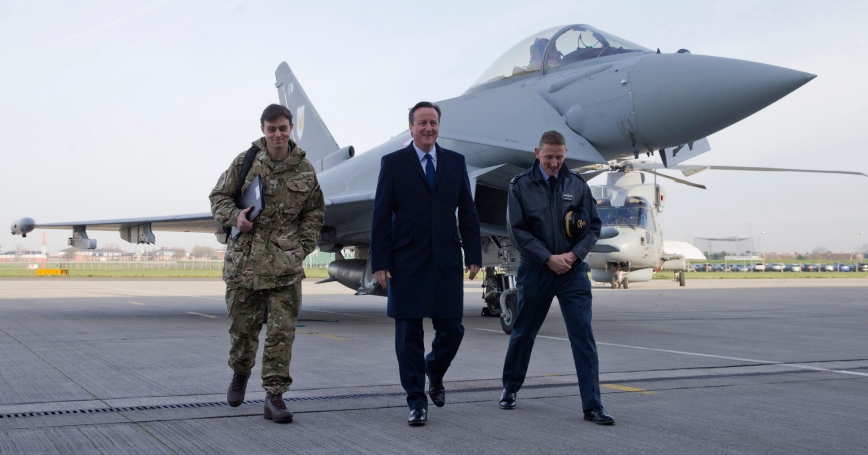 On Monday, 23 November 2015, the United Kingdom published its National Security Strategy and Strategic Defence and Security Review (SDSR). Prime Minister David Cameron introduced it to Parliament, stating that Britain's forces “have the versatility and the means to respond to new risks and threats to our security as they arise.” He announced a ten-year, £178bn investment in equipment and support as well as a number of further measures to strengthen Britain's security. The document itself was a masterful mix of political theatre combined with pledges to provide needed hard and soft power to secure Britain's place in the world.

Behind the rhetoric, there are a number of commitments in the SDSR which will be welcomed by defence and security experts. The first is the government's promise to spend 2 percent of GDP on defence, in line with NATO targets, as well as meeting the 0.7 percent UN goal for development investment. This is consistent with commitments given by the Chancellor, George Osborne, in the summer of 2015. As a result, defence spending will increase by 3.1 percent in real terms over the next five years to c. £40bn in 2019/20, providing additional resource for the Ministry of Defence (MOD).

The review also looks to fill a number of capability gaps which currently exist and to expand defence reach further. Chief among these is the commitment to purchase nine Boeing P8 maritime patrol aircraft, filling a gap created by the removal of the Nimrod aircraft in the 2010 defence review. The addition of three squadrons of strike aircraft as well as new fleet solid support ships for carrier battle groups also broaden current capabilities to fight the emergent future threats foreseen by the review.

Finally, the strategy takes great pains to stress the need for hard and soft power to work in concert to defend Britain's interests, at home and abroad. The review does not just focus on defence investment and activity, but also speaks at length of the power of British cultural institutions and economic strength, the role of development as an instrument of influence, and the importance of diplomacy within the context of the rules-based international order. To many, this will be the embodiment of what has become known as the “comprehensive approach.”

However, some open questions remain, which will play a critical role in determining the overall success of Britain's security strategy. Some may become clearer as the detail behind the Chancellor's Autumn Statement is revealed, but most will play out in the years ahead as the strategy is operationalised into the business of national security. Here are four key defence questions needing answers:

Will the Armed Forces Have the Personnel Needed to Meet Its Operational Missions?

Although regular Army numbers are protected at 82,000 soldiers, the increases to Royal Navy and RAF personnel will not be sufficient for the additional equipment promised in the review, forcing them to make people savings elsewhere. Further, the Army has struggled to fill its quota of reserve forces, and this is likely to continue as an issue going forward.

How Will the MOD Fund Its New Defence Equipment?

Even with the real-term increase in the defence budget, the planned reduction in MOD civil servants, and other efficiency savings (£9.2bn in total), equipment programme funding is likely to be stretched by the additional equipment promised in the SDSR. There is a risk that the projected savings will not be realised or procurement costs will exceed their contingency budget, leading to pressure to downgrade the capability or reduce the amount of planned equipment acquisitions.

What Does This Mean for the Long-Term Health of the UK's Defence Technology and Industrial Base?

Defence R&D spending remains near a historical low of 1.2 percent of the defence budget, and the MOD will need to make sure that this is spent effectively while leveraging technological advancements in the civil sector. While the long-term future of Britain's submarine and shipbuilding industrial base looks secure, the absence of a planned long-term fast jet replacement for Typhoon raises questions about the viability of the UK military aircraft industry, although this might be mitigated by Anglo-French collaboration on an unmanned combat air system.

Where Does Defence Reform Go from Here?

Although the Levene reforms are still being bedded into the Ministry of Defence (MOD), the SDSR looks to further reduce MOD civil servants by almost 30 percent to 41,000 by 2020; this decrease is likely to force further changes to how the department delivers its defence obligations, and these civilian personnel reductions may be accompanied by moves to make the MOD more reliant on outside contractors or outsourced services.

There is much to welcome in the recent SDSR—particularly the government's commitment to meet NATO spending targets, fill gaps in the UK's military capability, and continue to recapitalise defence equipment. However, for this national security strategic vision to become reality, the MOD must continue to address a number of open questions that will be critical to achieving a secure and prosperous United Kingdom.

Hans Pung is the President of RAND Europe and former director of RAND's European defence and security research portfolio.