Time to Prepare for the Unthinkable 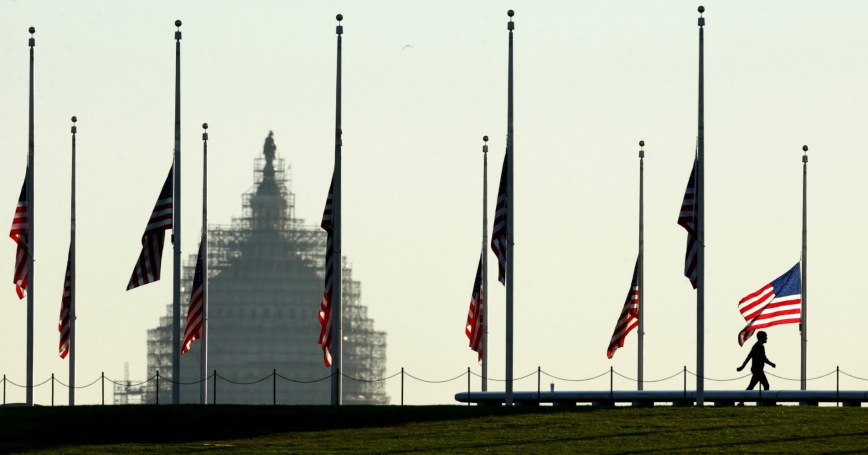 The dome of the U.S. Capitol is seen as flags fly at half staff at the Washington Monument, November 16, 2015

The tragic Paris attacks serve as a poignant reminder of the dangers that free and open societies face from the forces of violent extremism. This carnage comes on the heels of other high-profile terrorist attacks including the Russian airliner downing and the Beirut bombings. Together these three attacks have caused hundreds of casualties in a two-week period.

The Islamic State group now has operational cells in over a dozen countries and about three dozen jihadist groups across at least 18 nations have pledged support or allegiance to the group. In a very short period of time, the Islamic State group has developed unprecedented reach and demonstrated a proclivity for employing extreme violence tactics to strike at the very heart of civilized societies.

Given its strategy, it seems only a matter of time before these extremists might attempt an attack here in the United States. The irony is that the very rights that Americans hold so dear — liberty, privacy, freedom — place it at greater risk. So what should America do to prepare?

First, the obvious conclusion must be that drone strikes against Islamic State group leaders in Syria alone will not be the answer. Over the past six months, drone strikes in Syria have killed on average one mid- to high-level commander every two days. Yet during this time, these militants have been largely undeterred and even continued to gain strength and momentum.

Here in the homeland, the United States must rely on a different kind of preparedness. It begins with the individual. A better understanding of the factors that are contributing to self-radicalization and strategies to counter these forces are necessary. The Department of Homeland Security has a program and has recently stood up an organization for countering violent extremism that reaches down into state and local governments and communities, seeking to identify at risk individuals and alter their path to radicalization. Programs such as these must continue to be supported and strengthened.

Individuals have a role and an important stake in serving as a first line of defense. The DHS' “see something, say something” campaign provides recognition of the importance of individual vigilance and reporting of suspicious behavior. Post-attack forensics and analysis will likely identify pre-attack behaviors or actions that were out of character. Had these anomalies been reported earlier, perhaps pre-attack intervention could have been successful.

Communities are also vital to intervening and combating the self-radicalization process. The signs of radicalization must be understood and communities — including friends and family, religious leaders and law enforcement — must all have the will to act. Changes in behavior and use of social media to express violent ideas should not be ignored, but rather considered warnings that must be heeded. And these communities must learn to better collaborate with each other and gain trust in sharing vital information.

Government authorities, intelligence and law enforcement have a vital role in preparing for and protecting against violent terrorist attacks. They must be equipped with necessary tools and authorities to identify those who have become radicalized, understand pre-attack signatures and have the legal mechanisms and investigatory capabilities to intervene rapidly and effectively. Continued vigilance at U.S. borders and ports of entry by DHS components such as Customs and Border Protection, Immigration and Customs Enforcement, Citizenship and Immigration Services and the Transportation Security Administration should be a cornerstone as well. Several of the attackers in the Paris massacre appear to have recently traveled to France from Syria.

Ensuring these tools are available will likely necessitate delving back into the security-versus-privacy debate. Federal Bureau of Investigation Director James Comey has warned of concerns about terrorists and other criminal elements “going dark” on the Internet, leaving law enforcement without the ability to collect information critical to both investigations and prosecutions. This issue is further complicated by recent decisions not to give governments backdoor access to online properties to allow law enforcement — with proper legal instruments — to analyze user content. These decisions must be reconsidered and debated in view of evolving threats.

In the event of a terrorist attack on U.S. soil, first responders working in collaboration with state and local governments, law enforcement and communities must have the capacity to handle potentially large-scale catastrophic events. Communications must be in place to facilitate a common situational understanding of the event, direct assets appropriately and ultimately save lives. Communications with the public will also be important. A lack of government information can lead to greater uncertainty and panic, at a time when reasoned actions would be most useful. Tough, realistic training and exercises to practice these life saving measures must be conducted with great frequency.

In this fight against violent extremism, no single strategy alone will work. Further, the United States must not become complacent, believing that all potential attacks can be thwarted by government, the intelligence community or law enforcement. A key will be to develop strategies for intervening at all possible points to reduce the chance of an attack, address the causes of radicalization and tear down the terrorist narrative.

Finally, in thinking about the events of the past couple of weeks and the rise of the Islamic State group, perhaps the most important thing Americans can do is to continue to live their lives. Increased vigilance is prudent, but changing American society would mean that the forces of radicalization have prevailed, an unthinkable outcome.

This commentary originally appeared on U.S. News & World Report on November 16, 2015. Commentary gives RAND researchers a platform to convey insights based on their professional expertise and often on their peer-reviewed research and analysis.