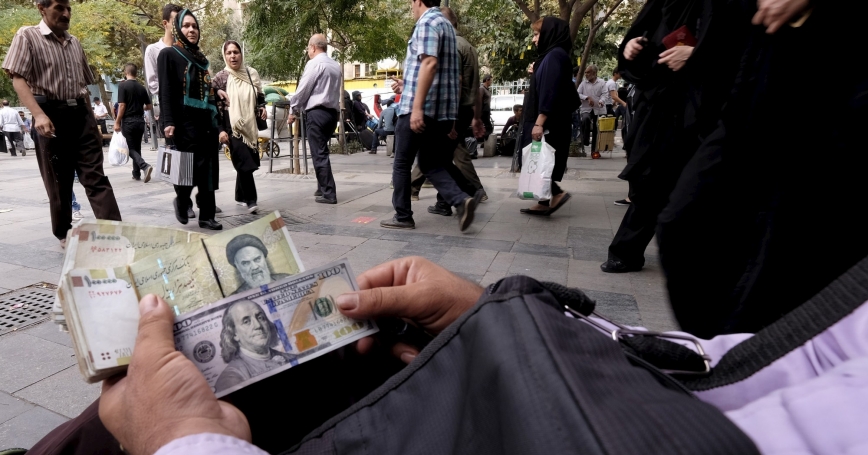 A money changer displays U.S. and Iranian banknotes at the Grand Bazaar in central Tehran October 7, 2015

The Iranian people have been waiting for economic relief for many years. U.S. and international sanctions placed against Iran for its nuclear pursuit had a dramatic effect on the daily life of the average Iranian. Hassan Rouhani's election as president in June 2013 heralded a new era for his supporters, and he has delivered his promised nuclear agreement and a potential end to Iran's economic tailspin. Sanctions relief and the return of Iran to the global economy could have a tremendously positive impact for Iran's future.

The balance of power in Iran is at stake. While Rouhani and his team want Iran's gradual opening, reactionary forces aligned with Supreme Leader Ayatollah Ali Khamenei, much of the security establishment, and the clergy are likely to stand guard against “anti-revolutionary” tendencies and policies. Rouhani has won his first battle, but there will be many more struggles for him on the road ahead.

Iran has the right ingredients for a successful and modern economy: a youthful population, vast energy resources, a promising technology sector, and a mercantilist culture at the crossroads of world commerce. If done correctly, investments in education, health care, infrastructure, and technology could lead to a major economic boom. Foreign companies, in particular, can play a vital role in providing investments and expertise for Iran's long isolated industries. The Iranian middle class voted for Rouhani because he offered hope for the future.

But Rouhani was also able to gain the regime's support for the nuclear agreement because of the economic benefits. A small minority of Iranians may have benefitted from the sanctions regime, but even the regime's pillars of support, including the bazaar and the Revolutionary Guards, stand to gain from Iran's economic opening. For some, foreign competition may prove to be unwelcome. The Iranian government has given the Guards billions of dollars in government contracts. While Rouhani supports a continued role for the Guards in the economy, such as overseeing large infrastructure projects, he nevertheless views the growth of the private sector as a greater priority. Rouhani, an astute politician, knows that he cannot forsake or provoke the powerful Guards, a force which has steadfastly resisted and crushed reforms for the past two decades.

However, the conservative establishment in Iran most fears the non-economic impact of sanctions relief: public demands for political reform, cultural openness, and social justice. Ayatollah Khamenei and the Guards have not forgotten the 2009 Green movement protests, the gravest threat to regime authority since the 1979 Iranian revolution. Rouhani is not a reformist, but he was elected by serving as a bridge to reformist forces. An improved economy, better relations with the world — especially with the United States — and increased personal satisfaction may lead to greater regime stability in the short term, but greater demands for individual freedom in the long term. Iran's conservative forces will resist the tides of change as long as possible, but Khamenei's passing could send a tremor through those barriers.

The nuclear agreement will surely lift Rouhani to new heights of popularity and authority, yet greater trials and tribulations may follow his success. The greatest obstacle to change in Iran will no longer be the sanctions regime, but a political establishment divided between two governments, one elected by the people and the other “appointed” by God, one attuned to popular demands and the other fretting for an ailing revolution.

This commentary originally appeared on The Cipher Brief on November 1, 2015. Commentary gives RAND researchers a platform to convey insights based on their professional expertise and often on their peer-reviewed research and analysis.