Veterans Day 2015: Three Priorities for Preventing Veteran Suicide (And It's Not All on the VA!) 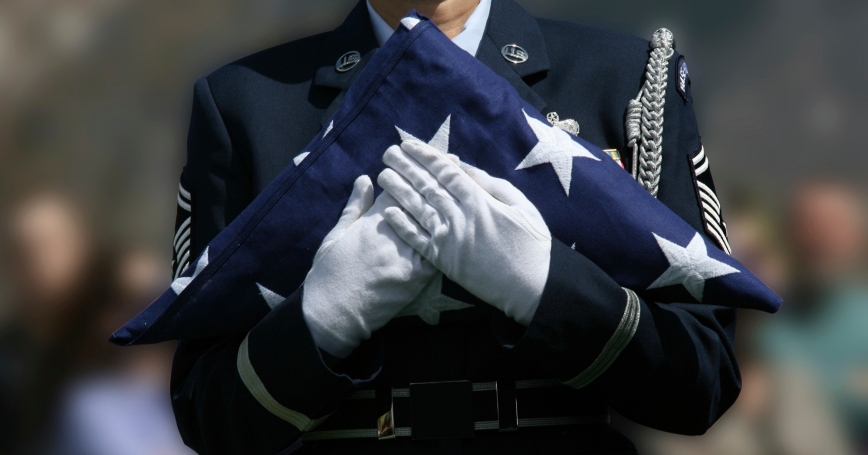 Veterans Day provides an opportunity to honor and celebrate the men and women who served the United States, the sacrifices they have made, and the contributions they make to U.S. society. Veterans serve as leaders throughout American government and the country's top companies. Veterans are serving as firefighters, police officers, and as teachers. They have created and are directing important charitable and advocacy organizations. And they are grandparents, parents, siblings, uncles, and aunts who are instilling a sense of pride and patriotism in America's youngest generation.

They have made these accomplishments in the face of significant adversities. Over three quarters of the 21 million veterans living today served during periods of war, meaning that too many know firsthand the ugliness of war: They sustained both visible and invisible wounds themselves and have seen friends injured and killed. It causes grave concern to know that, although rare, the suicide rate among veterans is three times what it is for nonveterans. (In 2010, it was 35.9 per 100,000 for veterans versus 12.4 per 100,000 for nonveterans.) This data, released last year, is one of many new findings that suggest that the United States must do better if it truly means to honor our nation's veterans.

Fortunately, the Departments of Defense, Veterans Affairs, and Health and Human Services have all recently invested heavily in research on suicide prevention among veterans. In the past year, this investment has produced findings with direct implications for public policy. Here are three areas that require immediate attention both for further research and for policy intervention as a way to ensure that fewer veterans in the years to come lose their battle and die at their own hands.

The Department of Defense published a study this year finding that for those who served between 2001 and 2007, risk of suicide increases when a service member leaves the military (and becomes a veteran). That risk is greatest for those who left the military under something other than an honorable discharge (commonly referred to as “bad paper”). Paradoxically, this is the same group that has the fewest services available to them. Not only are these veterans denied services from the Department of Veterans Affairs, but RAND research has shown that many nonprofits serving veterans and their families will apply the same eligibility criteria in determining who they serve. In other words, veterans ineligible for services from the VA are often deemed ineligible for services for veterans in the community. Research needs to better monitor and understand the needs of veterans who leave the service with “bad paper,” and veteran-serving organizations and the federal government should consider expanding services specifically for this high-risk group.

Currently, 9 percent of veterans are women (PDF), a proportion that will grow in the near future. Among those women who are currently serving in the U.S. military, RAND research last year revealed that 5 percent experienced a sexual assault. Other research released this year suggests that female veterans have higher mortality rates than nonveterans, and the VA's recent estimates show that the suicide rate among female veterans is seven times that of females who are not veterans (35.9 versus 5.4 per 100,000). Female veterans who experience a sexual assault report higher rates of thinking about suicide and past suicide attempts, and forthcoming research from RAND will reveal that sexual trauma is one of the topics commonly mentioned by female callers to the Veterans Crisis Line. The DoD must enact a zero-tolerance policy toward sexual assault, including both male and female victims, and the Department of Veterans Affairs must ensure that all those who have experienced such an assault have access to high-quality care, particularly women who may perceive that the VA does not suit their mental health needs.

Veterans of All Eras Need to Be Supported

While services need to target veterans discharged with “bad paper” and female veterans, the United States must remain vigilantly focused on the majority of veterans living today: men over age 45, who comprise nearly 75% of all veterans and include veterans of World War II (1 million living veterans), the Korean Conflict (2 million living veterans), Vietnam (7 million living veterans), and the Gulf War Era (7 million living veterans). A study released this month suggests that while mortality rates have generally declined across the United States, they have not done so for middle-aged white men, whose mortality rate has increased, partially attributed to the increasing rates of suicide in this group. Anne Case and Angus Deaton, the authors of that study, suggest “growing distress” in this population. Veterans make up nearly one-third of males over age 35 in the United States today, with a greater proportion of veterans at the later ages of life. Honoring veterans means honoring this group of men in their middle years — a group notoriously hard to reach from a public health perspective. One way to start is with research that acknowledges the voices of these men, that listens to their concerns and the causes of their distress to develop policies and other public health approaches that truly honor their service.