What's Next on the Convicted Terrorist's Timeline? 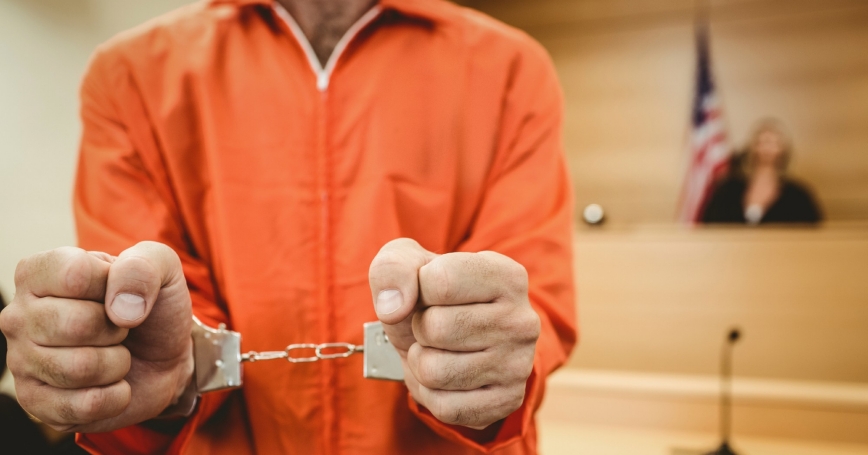 by Michael A. Brown

It is certainly true that eventually, convicted criminals get released from prison, including thieves, arsonists, dog fighting ring operators, and sex offenders. However, it may not occur to many Americans that someone who violates a statute with a link to international terrorism could be released. As inmates near the end of their sentences for terrorism-related offenses, and with some individuals already freed, it's time to explore what considerations may be necessary. “In the next two decades, scores of convicted and incarcerated homegrown violent jihadists are to be released from U.S. prisons, potentially making this issue especially salient,” says Jerome Bjelopera of the Congressional Research Service.

Recently, (Oct. 28), the House Committee on Homeland Security acknowledged this emerging issue during a Counterterrorism and Intelligence Subcommittee hearing titled, “Terror Inmates: Countering Violent Extremism in Prison and Beyond.” This followed a 2011 hearing during which Congressional attention was focused primarily on the role of prisons on terrorist radicalization.

The good news is that officials are looking ahead and grappling with the fact that radicalization of those within the prison population is not the only problem. As Committee Chairman Peter King (R-N.Y.) remarked, “An issue that rarely comes up, however, is how the U.S. is preparing to ensure that the 100 plus individuals in federal prisons for links to terrorism who will be released in the next five years do not pose a continued threat to the homeland.… We can't forget about these individuals once they are incarcerated because 90 percent will eventually be released. We have never been faced with such a large number of terror inmates before.”

While this could be perceived as a small data-set that could be managed with modest resources, the convergence of the terrorism narrative with corrections philosophy is an issue that demands broader examination. “A few years ago, it was lock them up, throw away the key… when the time is up, push them out the door,” said Rep. Bennie Thompson (D-Miss.).

The threat presented by terror inmates is unknown, though the concerns are hardly premature. Among those due to be released within the next ten years are John Phillip Walker Lindh, the so-called American Taliban who was captured as an enemy combatant in Afghanistan; José Padilla, who was convicted of aiding terrorists and was suspected of plotting to detonate a dirty bomb; Omer Abdi Mohamed, who admitted recruiting Americans to join al Shabaab in Somalia; and Tarek Mehanna, who was convicted of providing aid to al Qaeda. Already released: Muhammad Ibrahim Bilal, one of the so-called Portland Seven who sought to join the Taliban; Shafal Mosed, one of the Lackawanna Six convicted of providing support to al Qaeda; and James Elshafay, an accomplice in the foiled Herald Square bombing plot who cooperated with authorities and became a government witness.

In my 2011 Naval Postgraduate School thesis, “Freed: Ripples of the Convicted and Released Terrorist in America,” I outlined four prospective (and not mutually exclusive) options when a sentence ends. Authorities could maintain the status quo, as these felons have paid their debts. A system could be devised to assess individual risk, based on the offender's role or phase of radicalization. Detainment could be lengthened — as done in the case of Padilla, when a court moved the goalposts by extending his 17-year sentence to 21 years, citing a failure “to properly account for his 'heightened risk of dangerousness.'” And monitoring could be introduced, as the Justice Department pursued in the case of Mohamed for a “lifetime of supervised release.”

In 2011, the question of what to do with terror convicts received limited attention, since the national dialogue on terrorism was centered on the killing of Osama bin Laden. Consequently, courses of action for a terrorist convicted here remained life imprisonment, deportation, or the death penalty. Now, as their release is inevitable, new questions arise. Rep. Lou Barletta (R‑Pa.) asked, “how will local police chiefs know if a terror inmate will be released in their community?” Moreover, “what kind of metrics will we look at to see the need and effectiveness?” inquires Rep. Bill Keating (D‑Mass.). Much remains to be seen.

Tony Parker, Assistant Commissioner of Prisons at the Tennessee Department of Correction, testified that there is a need to expand social science research and allow researchers into facilities to learn how to address individual nuances, regardless if terrorist ideology was learned before entering prison or behind bars. Parker's 2013 research, based on a literature review of prison environments and programs in Singapore and Saudi Arabia, proposed numerous recommendations, including prison group monitoring, family social interaction, cognitive-based counseling, and aftercare.

Consequences of inaction may not be predictable, but there is at least one deadly precedent. Cherif Kouachi, one of those accused of carrying out the Charlie Hebdo massacre in France, was detained in 2005 as he was about to board a plane for Syria, hoping to fight U.S. troops in Iraq. He was also released halfway through a three-year prison sentence issued in 2008 for his role in sending militants to Iraq. Could a risk assessment have prevented his participation in the Paris attack? It's impossible to know without enough knowledge of what factors might connect behavior to risk. Still, the episode should be a chilling reminder that decisionmakers should focus not just on the capture and confinement of terrorists, but on their complete timeline, including what happens to inmates after they are freed.

Michael A. Brown is the Department of Homeland Security fellow at the non-profit, non-partisan RAND Corporation. He has master's degrees in Security Studies from the Center for Homeland Defense and Security at the Naval Postgraduate School, and in Public Administration from Rutgers University-Newark.

This commentary originally appeared on The Hill on November 4, 2015. Commentary gives RAND researchers a platform to convey insights based on their professional expertise and often on their peer-reviewed research and analysis.