Anonymous vs. ISIS: Wishing the Vigilante Hackers Luck Against the Murderous Jihadists 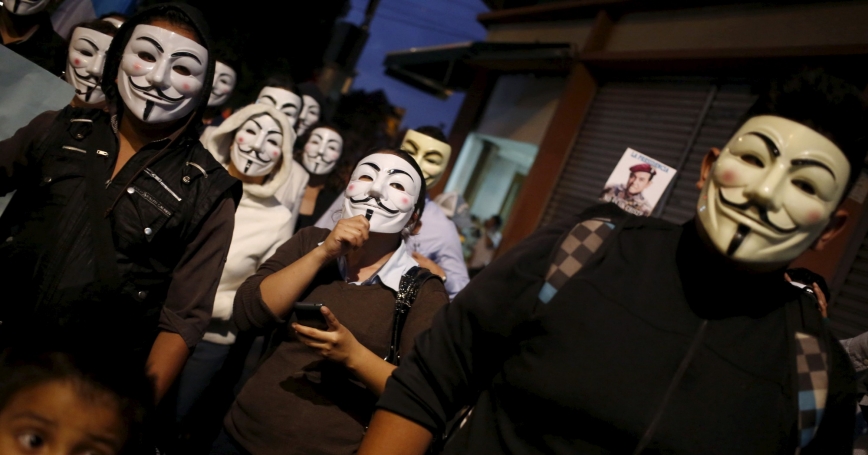 by Michael A. Brown and Daniel M. Gerstein

Anonymous, the self-styled vigilante group best known for malicious online exploits ranging from vandalism to data theft, opened a new tactic in its cyber-offensive against the Islamic State of Iraq and the Levant last week with a universal call to action against the terror group.

This could be a positive, though unconventional and certainly unsanctioned, supplement to ongoing efforts to counter violent extremism.

The decentralized hacker collective called for a “day of trolling” Friday aimed at mocking ISIL through social media channels. Thousands participated in the initiative, lighting up Twitter, Facebook and other social media with posts denouncing the group. The action comes just weeks after Anonymous claimed to have taken down thousands of ISIL social media accounts.

Anonymous has certainly been guilty of some dastardly behavior in the past and no amount of anti-ISIL vigilantism can undo that. But while immediate outcomes of its latest exploits have yet to be fully measured, they may have served up some noteworthy value by enabling individuals to contribute in small ways to the global battle against radicalization and violent extremism.

If nothing else, the Anonymous offensive could provide authorities with new insight on how to exploit vulnerabilities in ISIL's online propaganda operation. If ISIL's online activity is disrupted by Anonymous, all the better. Such an effort could build momentum from other parts of the general population — beyond what law enforcement agencies and military forces can provide.

It also could provide a glimpse of what information warfare might look like in the future, as public messaging campaigns are fought avatar-to-avatar. Just as the image of opposing sides lined up on either side of a rolling green pasture evokes one image of battle from the past, the current call for action by Anonymous presents a new image of the virtual battlespace. This envisions a campaign that is decentralized, flexible and asymmetric, yet still unified by drawing on the resources of a global cyber militia, non-hackers included.

By inviting the world to unite in mocking ISIL under the hashtag “Daesh,” Anonymous may have created an instant, though short-lived, counterpoint to ISIL propaganda that could help expose the group as the terrorist killers they are, without indicting all of Islam. It could also accelerate analysts' evaluation of the effects of online warfare between extremists and their adversaries.

Anonymous, like ISIL, must realize that online action is of little moment without real-world outcomes. While ISIL uses the Internet to recruit fighters and incite violence, the Anonymous counter initiative could lower the volume of the online echo chamber, and yield support for the war against ISIL and its extremist ilk.

Perhaps such a test might turn out to be a gift in disguise for the homeland security enterprise. Ongoing events have created tremors in the information environment, challenging established reporting constructs, burdening resources, and blurring conventional operations.

This moment could allow for an examination of the gaps and seams between multiple disciplines, including cyber security, critical infrastructure protection, civil rights and civil liberties, information operations, countering violent extremism, counterterrorism and law enforcement. It could also be used to evaluate the mechanisms designed to foster collaboration between the complex network of community, industry, government and foreign partners.

To be clear, this is not advocating for violent outcomes or cyberattacks. Nor is it an endorsement of Anonymous and its clandestine work. Still, in the end, it may end up demonstrating one way allied nations, religious organizations, and even some members of the general citizenry might help regain control of a narrative that has been warped by extremist group propaganda.

This commentary originally appeared on New York Daily News on December 14, 2015. Commentary gives RAND researchers a platform to convey insights based on their professional expertise and often on their peer-reviewed research and analysis.