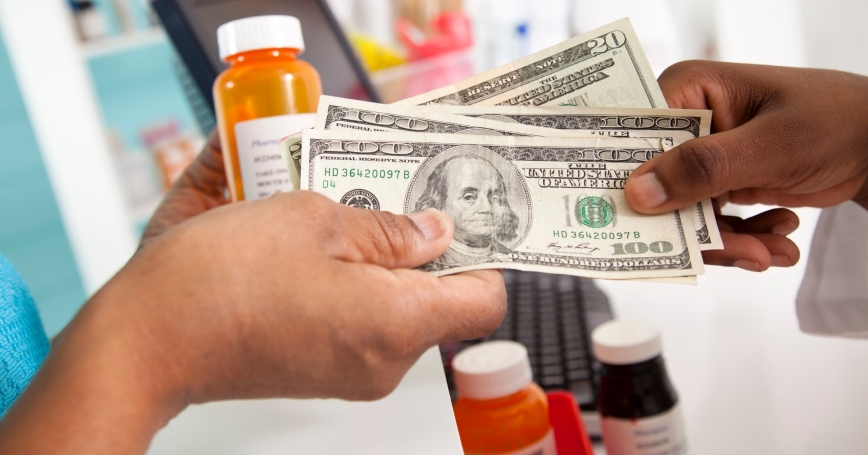 After a New York pharmaceutical company recently raised the price of a drug that's been around for more than 60 years from $13 to $750 a pill, the nation appeared to collectively gasp over a seemingly capricious, “anything goes” approach to drug pricing. The move also revived a recurring debate over whether pharmaceuticals should have free rein to charge outrageously high prices for important medications.

Madness? Perhaps. But pharmaceutical companies are simply responding to the incentives currently in place in setting the prices of their drugs.

The most important aspect of the market for pharmaceuticals is the presence or absence of competition for the drugs manufacturers produce. Policymakers and consumers often complain about exorbitant prices for drugs that are new to the market. These high prices are the result of a built-in lack of competition because the U.S and other governments give pharmaceutical companies an exclusive period of time to market their newly developed drugs. This window can, and often does, last about ten years.

But limited competition can occur with older drugs that no longer have market exclusivity, like the drug that recently skyrocketed in price. A variety of factors can be responsible for this, including drug shortages that limit the ability of other manufacturers to obtain samples of the drug for testing and copying or a lack of incentive for other manufacturers to enter the market, possibly because of the small number of prescriptions that are written for a particular drug.

Regardless of the reason for limited or no competition, many countries — especially those with governments that cover all health care costs for their citizens — can and do set specific reimbursement rates for all drugs covered under the health insurance system. However, the United States allows the pharmaceutical company to set a price (or change an existing price) and then expects the many different health insurers that offer coverage to negotiate with the company for discounts on the drug in exchange for covering the drug on the insurance plan.

The result is a fragmented system in which the ultimate price paid for a given drug depends a great deal on the bargaining power of the individual payer. In the most extreme cases, consumers with no health insurance have no leverage and must pay the full, possibly exorbitant price. However, private insurance companies that often negotiate on behalf of hundreds of thousands of patients may be able to achieve significant discounts for their enrollees.

Yet there is not always power in numbers. Simply having hundreds of thousands of patients enrolled in a given insurance plan does not guarantee the bargaining heft to bring drug prices down. Other factors also come into play, including the availability of other drugs to treat the same condition, how many patients the drug will treat and whether the drug in question outperforms similar drugs.

Increased competition among pharmaceutical companies should lead to more competitive drug pricing. Encouraging makers of drugs designed to treat the same condition to enter the market could help accomplish this. A case in point: After Turing Pharmaceuticals' 5,000 percent price hike to $750 a pill for a drug that fights the complications of AIDS and cancer, the San Diego company Imprimis stepped up to offer what was described as a “close, customized version” of the drug — for $1 a pill. “While we respect Turing's right to charge … whatever it believes is appropriate, there may be more cost-effective compounded options,” Mark L. Baum, the Imprimis CEO, said in a statement.

Increased consumer bargaining power could also benefit pricing in the pharmaceuticals market. Other countries have significant bargaining power because they offer insurance coverage for all citizens. Since the United States can't reap the benefits of a single-payer healthcare system, allowing some insurers, such as Medicare, to collectively bargain to set enrollees' drug prices could serve as something of a stand-in. The consumers' advantage could also be increased by establishing value-based insurance, which would require pharmaceutical companies to show that their drug was much more effective than other similar treatments, and in turn warranted a high price. If the case for significant additional value cannot be made, the insurer would choose to either not cover the drug or charge patients higher out-of-pocket costs for it — moves that would discourage its use and possibly pressure the pharmaceutical company into reducing the drug's price.

In the U.S. pharmaceutical market, sometimes anything does go. But it doesn't have to. Increased competition among drug companies and improved bargaining power of insurers and consumers could help keep high prescription prices in check.

Erin A. Taylor is an associate policy researcher, RAND Corporation.

This commentary originally appeared on KevinMD.com on December 9, 2015. Commentary gives RAND researchers a platform to convey insights based on their professional expertise and often on their peer-reviewed research and analysis.