Charlie Sheen and the Enduring Stigma Attached to HIV 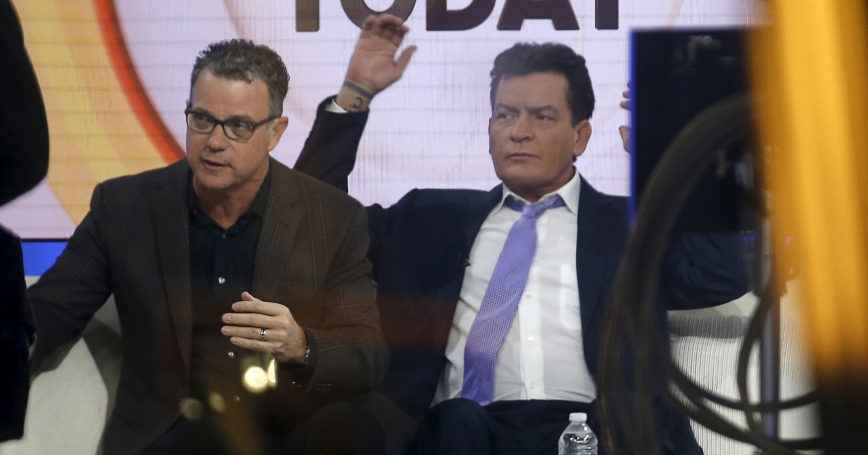 Actor Charlie Sheen on the set of the NBC Today show in New York City, November 17, 2015

To many, the extent to which Charlie Sheen tried to keep his HIV status from becoming public knowledge came as a surprise — and suggests that HIV-related stigma and discrimination remains pervasive despite strides that have been made in fighting the disease.

Diagnosed nearly four years ago, Sheen reported paying more than $10 million in bribes to keep his HIV status secret. Sheen decided to go public, he told Matt Lauer last month on the Today show, to put an end to the extortion efforts.

“That's my goal. That's not my only goal,” Sheen said on the program. “I think I release myself from this prison today,” an apparent reference to the strain of keeping his illness hidden.

There is still no cure for the virus that causes AIDS, but advances in treatment have made it possible to keep it under control with medication. As a result, HIV is increasingly viewed as a chronic, manageable disease. Dr. Robert Huizenga, who is Sheen's physician and joined him on the Today show, said that after being diagnosed the actor “was immediately put on treatment, strong antiviral drugs, which has suppressed the virus, to the point that he is absolutely healthy from that vantage.”

Yet HIV continues to be a heavily stigmatized disease, partly because of how it is transmitted.

Since one of the most common ways HIV is transmitted is through sexual intercourse, many assign blame to individuals who contract HIV and assume that their infection stems from poor decision-making while ignoring the fact that the decision-making can be influenced by a broad range of factors, according to Avert, an organization devoted to AIDS education.

Consider, for example, the ability of a sex worker to negotiate condom use with a client who offers two to three times more money to engage in sexual practices without a condom. Globally, studies have consistently shown that saying “no” may not only represent a loss of income for sex workers, but also increase the risk of experiencing violence. Recognizing that a complex set of reasons influences choices can help lift the shroud of blame still hiding many people living with HIV.

Another reason that HIV-related stigma and discrimination persists is because certain disenfranchised groups — such as men who have sex with men, drug users, and sex workers — are disproportionately impacted by HIV.

“It's a hard three letters to absorb,” Sheen said on Today of his HIV status. “It's a turning point in one's life.”

Although Sheen said he didn't want to be a “poster man” for the disease, when facing the cameras and his fears of being labeled as HIV positive, he instantly became a powerful and poignant reminder of the stigma that continues to be attached to HIV — and the need for political, legal and social mobilization to change that.

This commentary originally appeared on KevinMD.com on December 29, 2015. Commentary gives RAND researchers a platform to convey insights based on their professional expertise and often on their peer-reviewed research and analysis.