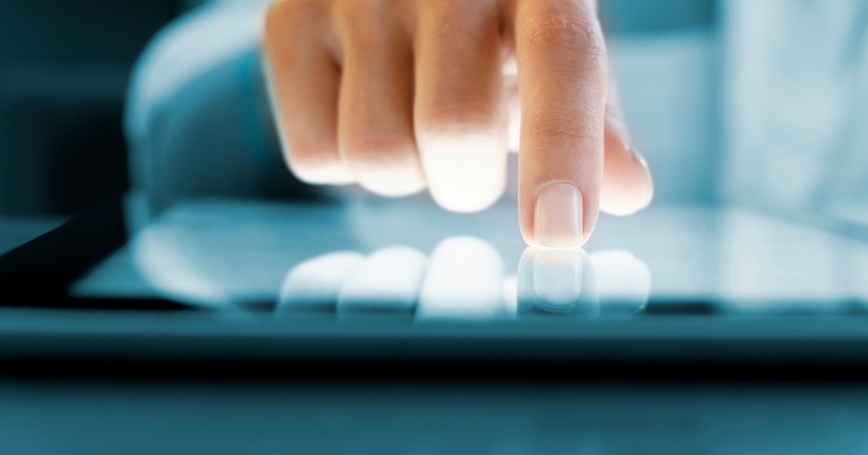 In the movie Minority Report, actor Tom Cruise plays the head of a “pre-crime” law enforcement unit utilizing psychic technology to arrest and convict potential murderers before they commit crimes.

While this action-packed film set in 2054 is based in science fiction, some elements of the movie merit nonfiction consideration as the United States struggles to combat violent extremism—and attempts to stop radicalized terrorists before they can attack at home or abroad.

Yet the law enforcement and intelligence communities in the United States do not need an omniscient oracle, but rather a public-private partnership that takes into account statistics, modeling, machine learning, predictive analytics and big data mining techniques.

In short, the solution is less Hollywood and more Silicon Valley.

To be sure, the terrorist threat is real. FBI Director James Comey has said that the bureau has open investigations into potential terrorist activity in many states. A Brookings Institution report found tens of thousands of ISIS supporters using Twitter. If this is any indication of the popularity of ISIS, there is clear reason for concern.

And while the delicate balance between privacy and security should remain a paramount concern, in many cases, authorities do not need to even be concerned with violating privacy. Among the relatively young TMI (too much information) generation, oversharing afflicts radicalized terrorists just as it does precocious pubescents.

Indeed, would-be plotters with a proclivity for expressing their thoughts online in an open-source environment could very well be providing the clues needed to flag a future terrorist strike or expose a dangerous radical. The world has no shortage of social media users, whether they use the familiar platforms or turn to lesser-known social media applications like VKontakte, widely used in eastern Europe and Russia, or the popular mobile app 2go in Africa.

Radicalization is a process that unfolds over time. Mohammed Abdulazeez, the Chattanooga, Tennessee shooter posted his radical views online months before he committed his crime in July. Elton Simpson and Nadir Soofi, who carried out two ISIS-inspired attacks in Garland, Texas were persuaded to act by a sophisticated social media campaign.

Authorities need to trace such an evolution so it can potentially be stopped before escalating from merely espousing support for a certain ideology to actually committing violence in the name of it.

So-called “online footprints” or “digital exhaust” can provide great insight, especially when coupled with other data sources that may not be public. Millions of people leave behind such footprints each day, giving law enforcement and intelligence experts the chance to construct a profile of who is more likely to commit violence in the name of a murderous ideology like Salafist jihadism or White Aryan resistance.

This is not a new concept. The New York Police Department uses Facebook and Twitter every day to gain insight into gang activity. Still, authorities should be wary of relying too much on social media. Several false narratives surrounding the recent Paris attacks only served to cause confusion for some first responders. Social media should be one of several sources of data used in analysis.

After the disclosures made by former National Security Agency contractor Edward Snowden, the U.S. government appears to be seeking to assuage the public that privacy trumps all in many situations.

But why should the U.S. government consider it a bad policy and public relations to monitor the social media accounts of those seeking to travel to and remain in the United States? Companies are increasingly conducting this type of background check at a minimum for potential employees. While privacy is a right and employment is not, this practice indicates that privacy norms are changing.

More technological development is needed to protect our privacy and enhance our situational awareness at the same time. Fusing all relevant worldwide data and information—mostly in different languages and from people with multiple personas in cyberspace—is technologically difficult. The amount of data in cyberspace is enormous and has spawned a burgeoning new field of science called Big Data Analytics.

Traditional gumshoe detective work is inconceivable in this space. New machines, new concepts and new algorithms will have to be called upon for providing warning.

We can do better with a public/private partnership. Government leaders in Washington also need to work with technology companies in Silicon Valley, top talent at universities and experts elsewhere, while assuring the private sector and the general public that everything possible will be done to avoid government overreach.

This is no Faustian bargain. Rep. Mike McCaul, R-Texas, who is the chairman of the House Homeland Security Committee, has called for new legislation to achieve these aims, even proposing a national commission on security and technology challenges in the Digital Age to further analyze the tradeoffs involved.

The approach is welcome. The safety and security of our children, neighbors, friends and co-workers is at stake.

Isaac R. Porche III is a senior engineer and Colin P. Clarke is an associate political scientist at the nonprofit, nonpartisan RAND Corporation.

This commentary originally appeared on Newsweek on December 26, 2015. Commentary gives RAND researchers a platform to convey insights based on their professional expertise and often on their peer-reviewed research and analysis.