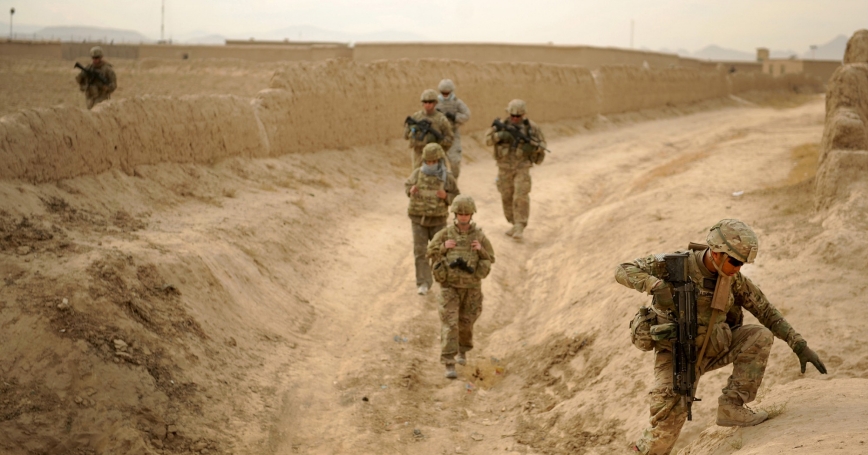 After the United States emerged from the Vietnam War, it witnessed the events of the 1973 Yom Kippur War—a state-level conflict fought against Israel by a coalition of Arab states led by Egypt and Syria. That war underscored how far potential enemies had advanced in terms of weapons and tactics. The U.S. Army responded with a renewed focus on major combat operations, which entailed a combination of doctrine, training, and new weapon systems.

Those changes produced an efficient and lethal ground combat force, as Operation Desert Storm and initial combat operations in Operation Iraqi Freedom showed. But the focus was on state-level conflict. As such, these operations did not prepare the Army for the full spectrum of operations it has been called on to support.

In the future, the United States may face three types of adversaries—irregular, state-sponsored hybrid, and state adversaries. Non-state irregular forces typically are not well trained, have little formal discipline, and operate in small formations about the size of squads.

Middle adversaries are essentially state-sponsored hybrid forces characterized by capabilities on both ends of the spectrum. Thus, they have the same sorts of weapons that irregular forces have, but they have additional capabilities, such as anti-tank guided missiles (ATGMs) and man-portable air defense weapons (MANPADs), and longer-range, larger-caliber rockets.

High-end adversaries are the forces of a nation state. They are hierarchically organized, ranging from battalion to brigade and larger formations. Their weapons span the spectrum of sophisticated weaponry, including air defenses, ballistic missiles, conventional ground and special operations forces, air and naval forces and, in some cases, nuclear weapons.

The U.S. military, particularly the Army, has been deeply engaged for over a decade in the irregular wars in Iraq and Afghanistan and has made significant adaptations to these types of adversaries. During the same time, Russia and China have been developing military capabilities designed to overmatch the United States and, particularly, to present challenges to U.S. forces attempting to project power into spaces they consider their privileged domains. While the United States may not fight Russia or China directly as state adversaries, it will surely face their military capabilities in the future, particularly among state-sponsored hybrid adversaries.

Such is already the case in state-sponsored hybrid operations in ongoing conflicts in the Ukraine, Syria, and Iraq. The Ukrainian conflict reflects a closer interaction between a state (Russia) and its proxy (Ukrainian Separatists), and the use of weaponry that the United States has not confronted since the Cold War in theory, and in practice, since the Vietnam War. In Syria, the Syrian rebels are asking for MANPADS to deal with Syrian and Russian air power. The Islamic State also has significant military capabilities, mainly captured from the Syrians and Iraqis, including tanks, a variety of MANPADS and ATGMs, artillery, anti-aircraft guns, and multiple rocket launchers.

All of this suggests the Army needs to pay attention to adversaries in the “middle”—that is, state-sponsored irregular forces. Such groups represent the type of adversary U.S. ground forces are likely to face. Also, capabilities that work against mid-tier adversaries buy the nation a decent start toward dealing with the high-end adversary, who will also use ATGMs and the like, in large numbers. The number of state-sponsored irregular forces is growing, and they employ a strategy focused on causing large numbers of casualties over an extended period of time—one that Western nations find most difficult to counter. In a sense, the United States is facing a situation like it faced after the 1973 war in Israel, except this time, state-sponsored hybrid actors—as well as state actors—are big challenges.

David E. Johnson is a senior historian at the RAND Corporation.

This commentary originally appeared on The Cipher Brief on December 20, 2015. Commentary gives RAND researchers a platform to convey insights based on their professional expertise and often on their peer-reviewed research and analysis.