How Terrorists Get Here 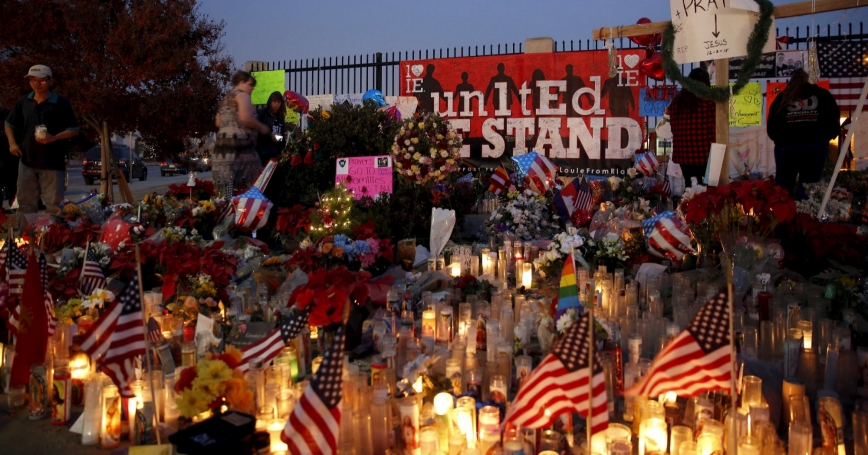 Flowers and candles are displayed at a makeshift memorial after the December 2, 2015 shooting in San Bernardino, California

While not all of al Qaeda's affiliates pursue this objective with the same fervor that Osama bin Laden did when he was alive, carrying out terrorist attacks on American soil remains a fundamental goal of jihadist ideology. Al Qaeda's main jihadist rival, the Islamic State in Iraq and Syria (ISIS), shares this view.

Foreign terrorist organizations like al Qaeda and ISIS can get at Americans in two ways: They can inspire local adherents — those already here — to carry out attacks on their behalf or they can attempt to infiltrate terrorist operatives into the country or at least onto U.S.-bound airliners. Since 9/11, the terrorist threat has come mainly from homegrown terrorists.

Since 9/11, authorities have uncovered more than 50 terrorist plots inspired by jihadist ideology. A handful of attacks succeeded. Some of them ended in carnage. The deadliest attack was the recent armed assault by husband and wife extremists in San Bernardino, Calif., which left 14 dead and 23 wounded. On the day of the attack, the wife proclaimed her allegiance to ISIS. Reportedly, the husband had previously been in touch with individuals connected to Jabhat al Nusra and al Shabaab, both al Qaeda affiliates. This suggests that the determination to carry out an attack precedes devotion to — or direction from — one group or another.

Thirty-nine people have been killed and more than 300 have been injured in five jihadist inspired armed assaults and one bombing in the United States in the 14 years since 9/11. Tragic to be sure, frightening certainly, but probably less than the jihadist leaders were hoping for. Al Qaeda's ideology has gained little traction among Muslim Americans. ISIS's extensive use of social media has brought it a larger audience, but thus far, few attacks.

A look at the terrorist plotters tells a similar story: most are homegrown. Of 134 jihadist-inspired terrorists who have carried out or plotted attacks here since 9/11, 96 were U.S. citizens. Of the 38 who were not citizens, 19 were legal permanent residents. In other words, 86 percent radicalized while they were living here.

Eight initially came into the country on temporary visas of some type. Since 9/11, only one came in on the Visa Waiver Program, which allows citizens of 38 countries to apply for visas online. That was Richard Reid, the so-called shoe bomber, who, as a British citizen, was allowed to board a U.S.-bound airliner in Paris — even though he aroused the suspicions of airline personnel — and who then unsuccessfully attempted to detonate his bomb and destroy the aircraft. He was the last known terrorist to come into the country with a visa waiver.

The three Duka brothers, who were arrested on terrorism charges in 2007, had illegally crossed the Mexican border with their parents in 1984. The brothers were just 5, 3 and under 1-year old when they entered, indicating that their radicalization came long after arrival.

Of the remaining eight, seven were allowed entry as asylum seekers or refugees and information is lacking for one individual. This is not to say that these individuals came here as terrorist operatives. Most appear to have radicalized after their arrival.

The good news is that these numbers are small. There are no gaping holes in our nation's defenses. Those who entered used several paths, depending on their individual circumstances. The most common route was by obtaining ordinary visas, which suggests that in-person interviews by U.S. consular officials provide no guarantee that an entrant does not pose a threat or may not pose one in the future.

While some level of comfort may be drawn from the fact that terrorists are not pouring into the country, there is no basis for complacency. The threat is dynamic. Circumstances change. Security must adjust.

Looking ahead, the conflicts in Syria and Iraq will continue for the foreseeable future. It may take years to destroy ISIS. Meanwhile, its ideology continues to exert a powerful pull. Some European authorities are saying that the intensified bombing campaign may be reducing the flow of Western recruits heading to Syria, but in fact since the bombing campaign began, estimates of the number of Americans who have gone or who are suspected of planning to go to Syria has increased.

Both ISIS and al Qaeda will continue to exhort their followers to carry out attacks here. As the bombing campaign against ISIS progresses, ISIS's leadership may decide to go beyond encouragement and launch an all-out terrorist campaign abroad.

The foreign fighters serving in the ranks of ISIS add another layer to the threat. Defeating the ISIS in Iraq and Syria will not end its struggle — it will wage war underground. But its foreign fighters may not survive in a clandestine struggle. They will scatter — some to other jihadist fronts; others may try to come back seeking revenge.

The recent terrorist attacks in Paris involved a combination of homegrown extremists and returning ISIS veterans. San Bernardino involved a U.S.-born citizen and his Pakistan-born wife who came to the U.S. on fiancee visa. Authorities must watch for new configurations as terrorists continue to look for ways to stay under the intelligence radar to elude security measures.

Brian Michael Jenkins is a senior adviser to the president of the nonprofit, nonpartisan RAND Corporation and author of numerous books, reports and articles on terrorism-related topics, including the recent report "How the Current Conflicts Are Shaping the Future of Syria and Iraq."

This commentary originally appeared on The Hill on December 18, 2015. Commentary gives RAND researchers a platform to convey insights based on their professional expertise and often on their peer-reviewed research and analysis.