Paris Gets the (Decision) Science Right 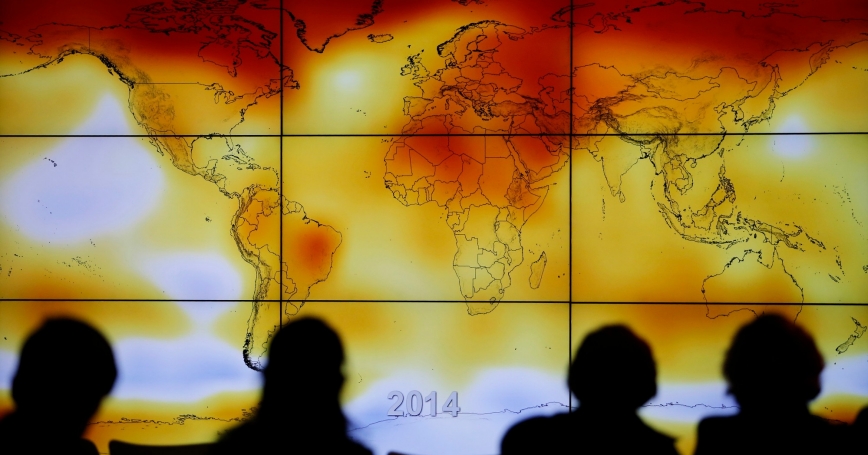 Participants look at a screen showing a world map with climate anomalies during the World Climate Change Conference 2015 near Paris, France, December 8, 2015

For those looking for rays of hope that the world can meet today's challenges, the climate talks in Paris were notable for both substance and process. In prior negotiations, some nations resisted the idea of climate change or maintained that others needed to change but they did not. The Paris discussions were predicated from the outset on what the science says. But while this growing reliance upon climate science had been evident in prior meetings in Kyoto and Copenhagen, what may be less apparent is that this time the framework for the Paris negotiations was also in sync with what science tells us about how to make effective public policy decisions. This alone makes them historic and may provide a model for both local and global action on more than climate alone.

Our societies face many problems beyond climate in areas such as poverty, health, education, infrastructure, energy and resource management that are characterized by deep uncertainties, mixed or opposed agendas, and systemic changes that change the rules of the game even as governments try to derive solutions. Twenty-five years ago my colleagues and I began to consider how to confront such “wicked” problems. Rather than guessing at future values for current unknowns—or even assuming them away altogether—we wondered what analysis and planning would look like if we no longer tried to predict the future but instead asked what short-term steps might be suitable to achieving our long-term goals in spite of our inability to predict. Usually, people characterize uncertainties by assigning probabilities. We instead characterized them not by probabilities (which we often don't really know) but by testing how different assumptions about these unknowns might affect our criteria for choosing among policy alternatives. This simple change has allowed us to gain considerable insight into issues that had previously resisted treatment by standard analyses. Remarkably, the Paris negotiations conformed closely to many of the insights and mechanisms this study of complex decisions has revealed. Here are three of them.

Planning for change. Previously, the global climate effort reflected an old-school approach: Create projections for an uncertain future, use them to frame a plan intended to last 20, 30 or more years and then ignore how change affects that plan until it finally becomes widely acknowledged as unworkable. Instead, the Paris talks resulted in not only a set of guiding principles but also a plan for checking in every five years to understand what is working and what is not. One key to confronting complex decisions is to break them into smaller decisions, monitor their effects and then re-evaluate as you collect more information, gain experience and possibly have available newer options for future action. We may know more tomorrow than we do today; let's account for that.

Good enough rather than “the best.” Given enough information, it is possible to calculate a best course. But should we continue to look for the best in the absence of sufficient information? We may be setting ourselves up for a nasty surprise if events turn out differently from what had been presumed. Rather, by stating acceptable goal levels, as was done in Paris, the focus becomes finding actions that appear consistent with meeting those minimums across a wide range of alternative futures. One of the best ways for achieving this quality of robustness is not to frame a detailed plan but rather to frame rules: “If we see this then we will do that; otherwise we will stay the course.” In establishing regular reviews of progress, Paris has created a powerful means for checking that the path we follow will remain consistent with our long-term goals and even allows for reviewing the goals themselves. This creates a path for reaching a different sort of agreement: We need not agree on what the future will be but can agree on how we will decide what to do in the future that unfolds.

Design of policy matters. Those who set policy today will not be the decision-makers of tomorrow. How can long-term goals be maintained through wise policy design? Achieving policy persistence is not a trivial task. Circumstances, politicians, concerns, technologies all will change. Yet, some policies (Cap-and-trade or carbon prices? Technology subsidies or regulation?) will prove more lasting than others. But which? Work by Pardee RAND Graduate School doctoral students has shown that not all proposals are created equal in the persistence of their effect. Some features can enhance this quality by creating economic incentives—and thereby political constituencies—for change. Paris leaves open the possibility for experimentation. Each country has made pledges but has been left free to pursue its own course, subject to review. The reality is that any policy is also always an experiment; we never know for sure how it will truly unfold. Experiments in policy design can be made more effective through application of the principles mentioned.

And one of the smartest aspects of the Paris accord is the explicit statement of partnership between the advanced and emerging economies. The developing world has long pressed for this. But using computers to test alternative competing policies against many possible futures reveals that those incorporating schemes for direct technological collaboration possess robust and persistence properties which lead not only to better global outcomes but also in both the advanced and emerging economies. The money the richer countries will spend to enhance the capacities of the poor will serve the donor countries' self-interests.

In a world in which so many find cause for despair and perhaps are left to wonder if the human race is actually getting somewhere or merely digging itself more holes, the willingness of nations to collectively confront the climate science—and to do so by applying what the forefront of decision science teaches us—is truly heartening. In keeping with the spirit of the Paris accords, we will all wait to see what happens—and then adapt accordingly.

Steven W. Popper is a senior economist at the nonprofit, nonpartisan RAND Corporation and the Chair for Education and Training of the Society for Decision Making Under Uncertainty.