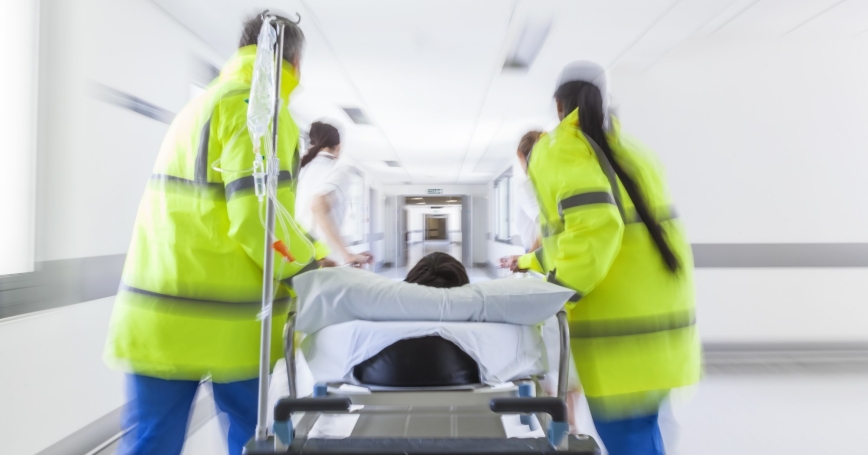 by Mahshid Abir and Christopher Nelson

On Dec. 2, 14 people were killed and 21 injured in a mass shooting in San Bernardino, California. Those shot and injured were taken to vicinity hospitals, even as the killers remained unidentified and at large. Arrowhead Regional Medical Center received five patients while on lockdown as a precautionary measure. Loma Linda University Medical Center also received five patients while assessing the credibility of a bomb threat called into the facility. At least five regional hospitals treated victims of the terrorist attack

As mass casualty incidents occur with increasing frequency, it is imperative that the responses to each of these incidents be very quickly assessed to identify the valuable lessons that can enhance preparedness for future crises. Among the lessons learned in the wake of other recent deadly attacks: Preparedness, coordination and adaptability are key; drills that simulate mass casualty incidents are critical; and medical facilities must stand ready to function as multidisciplinary trauma treatment centers at a moment's notice.

The San Bernardino attack came less than a month after multiple simultaneous terrorist attacks at six different sites in Paris left 130 dead and hundreds injured, with 129 of the fatalities occurring on-scene. On the day after the incidents, 80 victims were in critical condition. By two days after the incident, over 415 victims were treated at 10 hospitals, and 218 were released.

Multiple factors have been identified as contributing to the largely successful response to the Paris incidents. The Assistance Publique-Hopitaux de Paris, a hospital network with the ability to coordinate care across 40 facilities and 100,000 healthcare professionals, activated its network-wide emergency response plan. Initiating the plan (PDF) prompted activation of all the member hospitals, recalling staff and the facilities clearing beds in anticipation of incoming casualties.

The French emergency medical services led field triage and pre-hospital care, working closely with fire and rescue workers and police. The country's emergency services had been conducting mass casualty incident exercises with police and fire over the last two years, including an exercise earlier on the day of the incident. Patients were transported to hospitals based on capacity and availability of specialty care. Rapid triage of arriving casualties at hospitals and operational oversight of patient flow by clinician and administrative leadership was key to handling the surge of incoming casualties.

Those not needing emergency care were discharged home and those with lesser injuries were directed to smaller hospitals. Many of the emergency personnel and health care providers working at the time of the incident had participated in disaster exercises. Both within hospitals and across on-scene responding disciplines, training, cooperation and collaboration proved critical. In spite of the large number of casualties, activation of the emergency plan resulted in meeting the increase in demand for medical resources without exhausting resources.

Some of the factors important to the Paris response have also been credited as contributing to the response successes in the aftermath of the 2013 Boston Marathon bombings. In Boston, 264 patients were treated in 26 hospitals with no in-hospital deaths among treated casualties. Advance preparedness, quick logistical response, rapid access to operating rooms and effective delivery of multidisciplinary care were among key response factors.

Research from the RAND Corporation on responses to mass casualty incidents in the United States reveals common factors that contributed to response successes, including regular, multi-disciplinary disaster drills; leveraging existing relationships across responding entities; and a willingness to adapt existing disaster plans to the situation at hand. Rapid transition from daily operations to emergency response at receiving facilities is critical. Resources such as the Hospital Surge Evaluation Tool, available through the Department of Health and Human Services, can aid hospitals in assessing and improving their capacity to respond to sudden onset mass-casualty incidents.

Natural and man-made mass-casualty incidents are a growing national and global threat. Evaluating successes and shortcomings after each crisis can contribute to the design and implementation of robust and resilient response systems and ensure the best possible outcomes for individuals and impacted communities. Understanding factors critical to preparing for and responding to such incidents can enhance treatment for the injured and ultimately save lives.

Mahshid Abir, M.D., is an emergency physician at the University of Michigan and an adjunct natural scientist at the nonprofit, nonpartisan RAND Corporation. Christopher Nelson, Ph.D., is a senior political scientist at RAND and a professor of policy analysis at Pardee RAND Graduate School.

This commentary originally appeared on U.S. News & World Report on December 14, 2015. Commentary gives RAND researchers a platform to convey insights based on their professional expertise and often on their peer-reviewed research and analysis.