Strengthening Our Democracy Starts in School 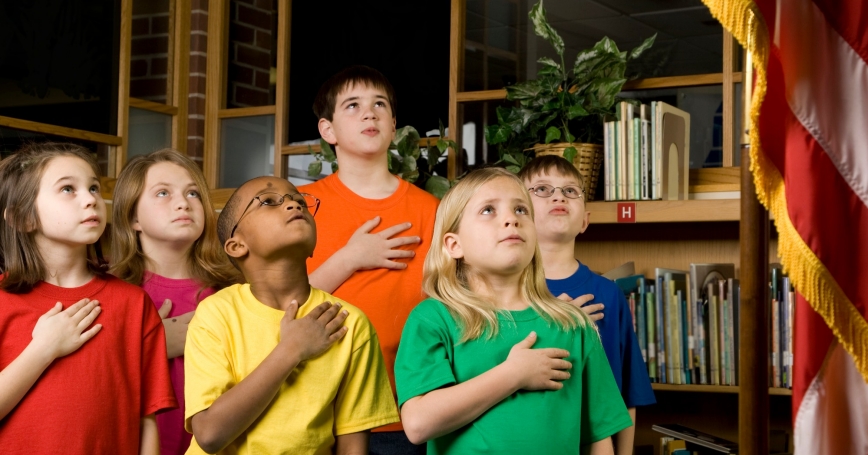 Civics classes have long been a mainstay of American education. In fact, the original purpose of U.S. education was to shape citizens who share a common ideal and have the knowledge, skills and inclination to uphold the tenets of democracy. But in more recent decades, the teaching of civics and other social studies courses has hit hard times in most states, driven in part by accountability systems that reward schools for math and reading scores, leading many schools to shift time away from other subjects in response.

However, with polls showing record-low job approval ratings for Congress, a political landscape littered with extreme positions and recent tragic events that call into question assumptions about shared allegiance to American ideals, a return to civics education seems warranted now more than ever.

U.S. democracy depends on citizens' investment in the constitutional foundation on which the country stands. Beyond a simple belief, the laws, rights and responsibilities of U.S. democracy provide ways for citizens to improve our government and society — through voting, free speech, petitions, proposing new policy, peaceful protest, judicial system involvement and many other civic actions.

Yet we are not born knowing how to engage in these civic activities. We learn through family and friends, colleagues, classmates and public service campaigns. In addition, schools have historically been and continue to be an equally important way to educate young citizens about their country's civic ideals and legal rights. However, some of us — perhaps even many — are not taught about our civic rights and duties. Take, for example, voting, which seems like it should be one of the most straightforward ways to engage democratically. Yet placing an educated vote is far from a simple activity, since it requires the ability to analyze current events, evaluate policy arguments and understand the political process, as well as know how to register and actually place a vote. Learning to engage civically can take many forms, including striving for social justice, proposing policy, participating in political campaigns, serving on a jury, and expressing opinions in a public forum. If not through high-quality, school-based civic education, how will young people gain the skills, knowledge and motivation necessary to effectively participate in civic life?

Disparities in educational outcomes can come into play in civic engagement. Civic equality is not a birthright. The United States is a nation where wealthier and white youth have a much greater probability of enrolling in and graduating from college and being employed than poorer and minority youth. Unfortunately, the probability of voting and other civic engagement is highly correlated to socioeconomic background. To develop a widely engaged populace, public schools must attempt to correct this civic inequity.

Such a shift, however modest, may be on the horizon. The 2015 Every Student Succeeds Act that President Obama signed into law Dec. 10 includes several new social studies, history and civics federal-funding sources — the presidential and congressional academies for American history and civics, which offer teacher workshops and education programs aimed at students; grants for local education agencies to develop, implement and strengthen programs that teach traditional American history, civics, economics, geography or government education; and grants that support innovation and research in teaching.

Even though the new funding is relatively modest, the renewed federal support for civics education is a small but significant step forward. To optimize this opportunity, teachers should be prepared to teach civics in a new way. Continuing with the status quo civics education that consists of dry textbooks, lectures, worksheets and multiple-choice tests would be an enormous mistake. Instead, high-quality, school-based civic education can teach democracy through dynamic “action civics” curriculum that teaches students how and why to engage civically rather than simply teaching them about citizenship. For instance, the Campaign for the Civic Mission for Schools — a coalition of more than 70 groups committed to improving civic learning — recommends students engage in formal classroom instruction in civics and other social studies courses that includes discussion of controversial current issues and simulations of democratic processes such as voting or legislative deliberation as well as participation in extracurricular activities including “service learning” and involvement in school governance.

Teaching action civics can build on project-based learning, an approach that is rapidly growing in popularity as teachers learn new ways to effectively teach to Common Core State Standards and other state standards that demand development of students' sophisticated thinking and communication skills. Research has shown that teachers also need to receive more training in how to facilitate conversations about controversial topics and current events, and in how to personalize instruction so that students may be moved to actively engage with issues they are passionate about.

Many competing factors divert attention from civic education. Policymakers and educators are overwhelmed with demands to improve students' math and reading performance, to increase student engagement in science, technology, engineering and math topics, to increase focus on physical education, arts and foreign languages and to combat the high rate of high school dropouts — all of which are important causes.

Yet civic education is critical to the stability of our democracy. It behooves us as a nation to create the conditions necessary for teachers to teach about how and why we can and should engage as citizens.

Anna Saavedra is a policy researcher at the nonprofit, nonpartisan RAND Corporation.

This commentary originally appeared on U.S. News & World Report on December 17, 2015. Commentary gives RAND researchers a platform to convey insights based on their professional expertise and often on their peer-reviewed research and analysis.