What Are the Facts About EU Migration to the UK? 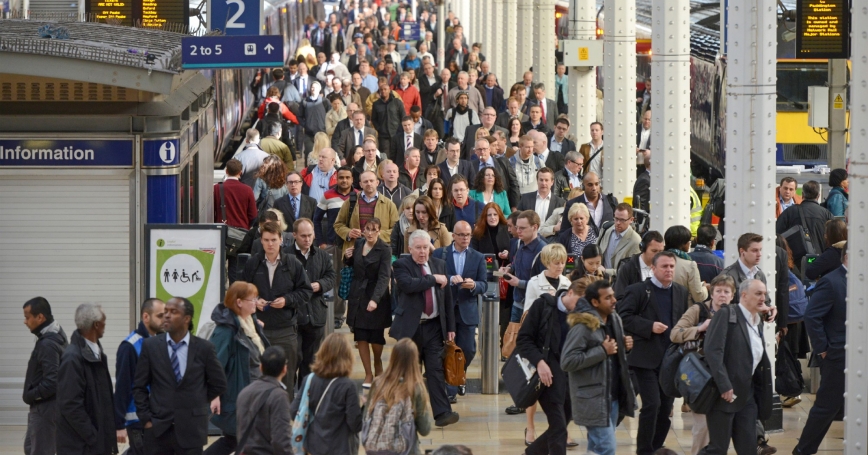 Migration has taken centre stage in the UK's political debates, as UK Prime Minister David Cameron continues discussions with other EU leaders on the social rights of EU migrants and access to welfare systems. In fact, the issue forms a central part of the discussions taking place at the EU Summit this week.

The ongoing, if not worsening, refugee crisis in Europe as well as the forthcoming 2017 “leave-stay” EU referendum in the UK will only heat up these political debates. But what are these debates and arguments really based on?

Findings from RAND Europe's recent study on the Socioeconomic Inclusion of Migrant EU Workers can provide evidence to inform some of the claims and arguments made in these debates.

Are the actual numbers of EU migrants in the UK cause for such concern?

The perception of the UK public on the scale of migration is in huge contrast to the actual numbers. Results from a recent Ipsos MORI's survey show that the UK public thinks that migrants make up 24 per cent of the population in the UK. This is nearly twice the real figure of just over 13 per cent, which includes students who are not permanent residents.

As summarised by the researchers conducting the Ipsos MORI survey, “these misperceptions [about the actual number of migrants in the UK] present clear issues for informed public debate and policy-making. For instance, public priorities may well be different if we had a clearer view of the scale of immigration”.

The central question in the political debate around migration is what migrants do in the UK. Looking again at the census data (Table 1), RAND Europe noted that EU migrants are more economically active, defined as being either employed or looking for work, than the population in England and Wales. Eighty one per cent of EU migrants are economically active compared with 78 per cent of the UK-born population. Among analysed groups, migrants from A10 and A2 have the highest economic activity rate at 85 per cent. It means that only 15 per cent of migrants coming from these countries are economically inactive, being either retired, looking after children, or on sick leave. This number represents a much smaller proportion than in the UK-born population or other EU migrant groups.

Similarly, looking at employment levels of various population groups we note that 93.94 per cent of EU migrants are employed, a slightly higher share than the 92.65 per cent of the UK-born population that have jobs. Among analysed migration groups, migrants from 2004 and 2007 accession countries have the highest proportion of employed population, with 94.48 per cent being employed.

At the same time, as findings from our study show, EU migrants are less likely than UK nationals to claim and receive state benefits. Similar conclusions about EU migrants being less likely to receive state benefits or tax credits have also been found by other researchers. Dustmann & Frattini (2014) (PDF) found that EU migrants have made a positive fiscal contribution, even during periods when the UK was running budget deficits. This positive contribution was particularly noticeable for more recent immigrants who arrived after 2000, especially from EU countries.

It seems that the available evidence undermines political rhetoric that EU migrants come to Britain to claim benefits rather than for work-related purposes.

Are we using best evidence for policymaking?

Evidence provided by RAND Europe research and others indicate that the public perceptions on EU migrants differ from the reality. Discussions about European migration taking place during the EU Summit this week could benefit from the facts: that the actual number of EU migrants in the UK is considerably smaller than popular perception, and those that are in the UK have higher employment levels than UK nationals.

Barbara Janta is an analyst at RAND Europe. She has recently completed a study looking at the socio-economic inclusion of migrant EU workers in the UK.