What Will Happen After the Oil Export Ban Is Repealed? 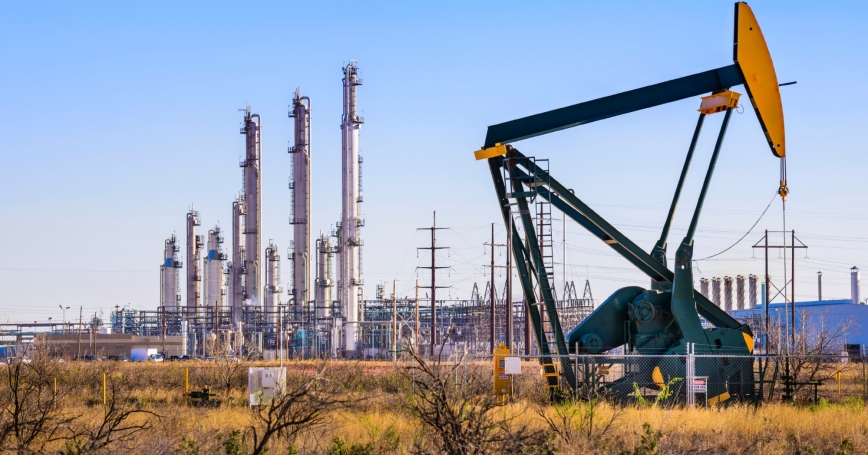 by Keith Crane and Nathaniel Lutovsky

In addition to funding the government for the remainder of the fiscal year, the omnibus appropriations bill that Congress recently passed makes many changes to government policies. Few of these policy changes have garnered as much attention as the provision that lifts the 40-year-old crude oil export ban.

Put in place in 1975 following the Arab oil embargo, the ban was designed to keep U.S. crude oil for domestic refining. According to the thinking at the time, the United States needed to ban exports to ensure adequate domestic supplies of crude oil. The law does make an exception for exports to Canada and, in very specific conditions, other countries on occasion. Even though crude exports were prohibited, refined petroleum products were allowed to be sold abroad. In 2014, for instance, the United States exported over 3.4 million barrels per day of refined oil products and condensate—or over one-sixth of total refinery output.

The recent debate about the merits of the policy often pitted oil producers and refiners against each other. Producers in North Dakota said they could save on transportation costs if they transported their oil to the Gulf Coast by pipeline or barge rather than by rail to refineries on the coasts. Midwestern and East Coast refiners argued that changing the policy would boost domestic oil prices, making it more expensive for them to buy crude.

Now that the ban on crude exports is almost a thing of the past, what may happen?

Most of the increased U.S. oil production comes from Texas and North Dakota. Some of the oil in North Dakota is refined in the Midwest, but regional refineries are already operating at capacity. Much of the rest is sent by rail to the East and West coasts. When it is shipped by rail, producers pay $5 to $10 more per barrel than they would if they sent it by pipeline. To make their product competitive with imported oil, domestic producers have to discount it to cover the cost of transportation.

With the repeal of the export ban, much of the oil going to the East and West coasts could be shipped more cheaply by barge, pipeline, or shorter rail routes to the Gulf Coast for export to foreign markets. Producers would provide less of a discount to get their oil to market, in effect increasing the profitability of North Dakota oil. This could lead to higher oil production, which, in turn, could put some downward pressure on global oil prices.

Repealing the export ban is also likely to increase refining efficiency. Currently, light sweet crude oil from Texas is sold to Gulf Coast refineries that are better configured to take heavy crudes from Venezuela and Mexico. Texas producers sell their oil at a discount to get refineries to take their product. Without the export ban, producers could sell their product abroad without discounting it, and the Gulf Coast refineries could specialize in the heavier oil for which they are optimized. On the whole, the global refining industry would likely enjoy efficiency gains.

Repealing the export ban is a win for oil producers, who will now have an additional incentive to produce more oil as the discount they offer to cover transportation costs falls. While it is unclear how much new oil will come online, one thing is fairly certain—global oil markets will become a little more efficient.

Keith Crane is a senior economist at the nonprofit, nonpartisan RAND Corporation and Nathaniel Lutovsky is a national security outreach assistant in RAND's Office of Congressional Relations.