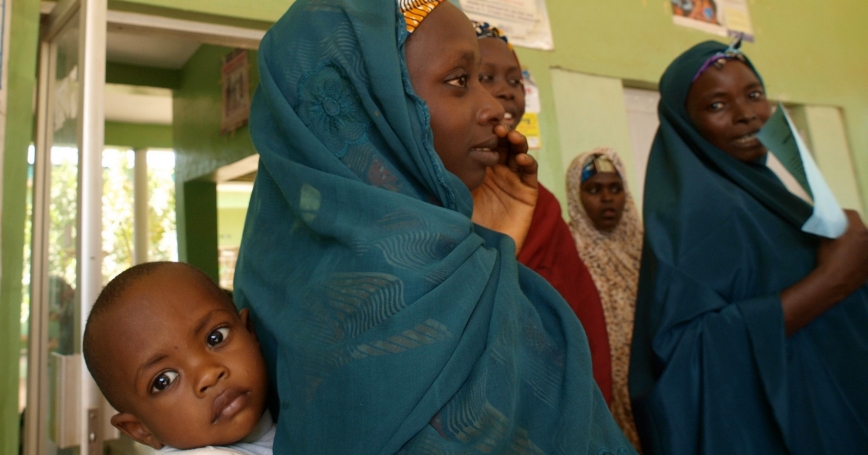 While practicing medicine in Nigeria, I regularly observed the immense impact of social determinants like poverty on health outcomes. Patients were often unable to afford care, which usually led to incomplete case management, the use of poorer alternatives of care and, ultimately, dismal health outcomes. One case that stands out in my memory: A baby boy who was admitted for severe malaria complicated with anemia. Overnight, the child's condition gradually worsened and he needed an urgent blood transfusion that his mother could not afford. Although there were several doctors present in the children's emergency ward of this major teaching hospital, the baby did not receive any further medical care. He eventually died.

Situations like this are not uncommon in Nigeria and many other developing countries. According to recent estimates, less than 20 percent of Nigerians have some form of health insurance. As a result, a significant proportion of the country's population of over 180 million is exposed to increased risk of catastrophic health spending, and dismal health outcomes. This is especially true of people in the informal sector, the non-government or non-salaried workers. In the long run, the absence of insurance contributes to poor national health outcomes and the perpetuation of a vicious cycle of ill-health and poverty. So it is not so surprising that Nigeria has the 14th highest (PDF) maternal mortality rate in the world and also accounts (PDF) for 14 percent of global maternal deaths. It ranks 10th in infant mortality and life expectancy is about 53 years.

There is a growing consensus that countries around the globe need to move toward universal health coverage, which would protect people from the financial risks associated with catastrophic care. According to the World Health Organization, the goal of universal health coverage is to ensure that all people are able to use the health services they need without suffering financial hardship. Achieving this will require innovative thinking to develop approaches that would take into consideration specific country characteristics and nuances.

A remarkable response to this important challenge has emerged in the central Nigerian state of Kwara. In 2007, the state government inaugurated a community-based health insurance program in conjunction with PharmAccess Foundation, an international non-governmental organization; the Health Insurance Fund of the Netherland Ministry of Foreign Affairs; and Hygeia, a leading health maintenance organization that serves as the local implementing organization. This public-private-NGO partnership is a fine illustration of how the broad reach of the government can be synergized with the efficiency of the private sector and the mission-mindedness of nonprofits.

The program launched in the rural farming communities of two local governments in Kwara state. Over the past seven years, health insurance coverage has broadened to cover over 135,000 individuals from 10 of the 16 local governments in the state. The partner organizations have set a goal of having a minimum of 600,000 people covered by 2018.

In addition to expanding access, the program has also instituted a supply-side intervention focused on increasing the quality of healthcare being provided as well as improving the capacity of participating health facilities. Providers are enrolled in SafeCare, a quality improvement program (PDF) that attempts to enhance such elements as health care management and leadership; human resource management; and patients' rights and access to care. The program also helps providers to implement treatment guidelines, upgrade laboratory equipment, improve medical recordkeeping, and develop infection control protocols.

From the outset, the program has included plans for data collection and impact evaluation—an important and commendable feature. In the last few years, researchers at the University of Amsterdam (Amsterdam Institute for Global Health and Development and Amsterdam Institute for International Development) together with researchers at the University of Ilorin Teaching Hospital in Kwara State have published high-quality evaluation research on the program. Their findings (PDF) indicate that the program has increased health care utilization and reduced out-of-pocket payments for healthcare expenses. It also has improved health outcomes as measured by both self-reported health and the incidence of such chronic diseases as hypertension, according to the researchers.

The program's long-term sustainability is a concern, considering the significant subsidy provided by the government and external partners. The annual cost of the premium for each enrollee is the equivalent of 4,500 Nigerian naira (currently about $22). Of this, the Kwara state government pays 60 percent, the Dutch Health Insurance Fund pays 28 percent, and each enrollee pays 12 percent. Dr. Ayodeji Ajiboye, director of PharmAccess Nigeria, argues that subsidization is essential to ensure the participation of the rural poor, the program's target population that lives under less than $1 a day. Despite harsh economic conditions and reduced state allocation from the federal government due to falling oil prices, Ajiboye said he believes it is possible to find innovative ways to mobilize extra funds as long as the government is committed to the program.

One of the program's achievements has been its ability to increasingly shift financial responsibility from the Health Insurance Fund to the state government and the beneficiaries. Over the life of the program, the fund's share of contributions has decreased from 74 percent to 28 percent, while the state government's has increased from 18 percent to 60 percent. In addition, enrollees' share of the cost has risen slightly, from 8 percent to 12 percent.

In late 2012, Kwara state passed a bill to ensure the program continues. It has spanned two political administrations, a commendable achievement in a political system where policies and programs often do not outlive the founding administration.

While long-term impact and sustainability remains to be seen, the Kwara Community Health Insurance program provides a remarkable proof-of-concept and template for addressing the challenge of providing risk protection for the poor in the developing world. According to Dr. Peju Adenusi, executive director of Hygeia Community Health Care, “The Kwara program has been able to demonstrate that insurance for the poor can work in Nigeria.” With the focus of the program on rural areas and the informal sector, it is helping to bridge the rural-urban divide when it comes to health care inequities that have been observed in many countries in the developing world.

Adeyemi Okunogbe is an assistant policy analyst at the nonprofit, nonpartisan RAND Corporation and a Ph.D. candidate at the Pardee RAND Graduate School. This blog post was written for the Pardee Initiative for Global Human Progress.