Artillery Returns to the Battlefield in the War Against ISIL 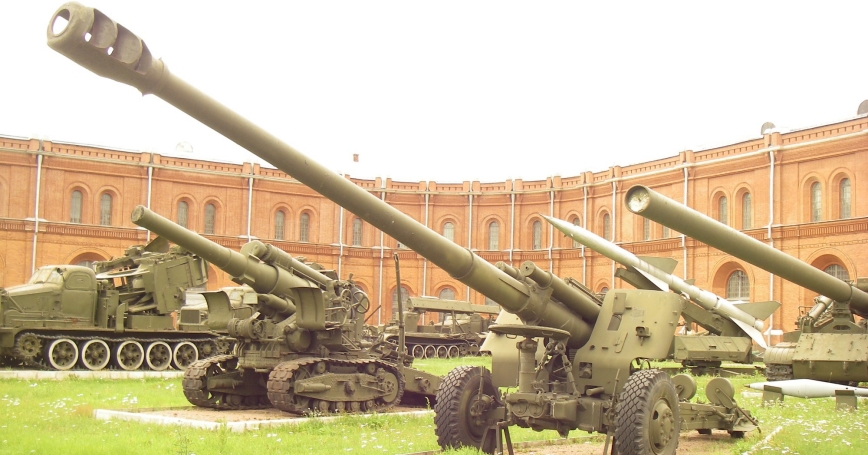 Photo by One half 3544/Wikimedia

Amid Russian air and cruise missile strikes, civilian casualties, proposed no-fly zones, air-to-air shoot-downs, and new surface-to-air missiles in Syria, relatively few news stories have discussed the introduction of Russian artillery into the theater. Though the introduction of artillery may seem less significant than aerial attacks, remember that Napoleon observed: “With artillery, war is made.” By reintroducing artillery to Syria to support combined arms operations, the Russians may have revealed something about the war they and the Syrians envision. Together with increased air attacks, the Syrians and their Russian advisors seek to revitalize combined arms forces, and artillery is critical to their vision of such forces. Artillery is particularly important for offensive operations, providing a continuous presence that current Russian air deployments cannot sustain. The Syrian ground forces are now taking and holding ground, fighting urban and village battles where they must, but posing a threat of encirclement and maneuver where they can.

The Syrian military was once a large, well-equipped, Soviet-model Arab army capable of executing combined arms operations. While not often victorious, it was usually competent. The Syrian Arab Army (SAA) was not then the principal internal guarantor of Bashar al-Assad's regime — that was the responsibility of other military and security organizations. Primarily oriented against Israel, the conscript-based SAA drew on all sects and functioned as a key secular institution of a largely secular state....

This commentary originally appeared on War on the Rocks on January 11, 2016. Commentary gives RAND researchers a platform to convey insights based on their professional expertise and often on their peer-reviewed research and analysis.