Fighting the Zika Virus: What Public Health Officials Need to Do 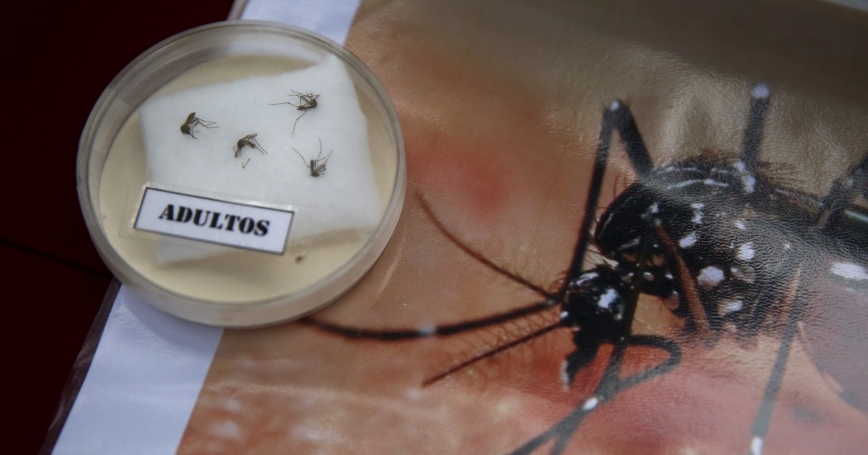 Specimens of Aedes aegypti mosquito are displayed during a campaign to raise awareness of Zika virus at the Health Ministry in Lima, Peru, January 27, 2016

Sad and portentous news of Zika virus, an exotic mosquito-borne disease that may be linked to brain damage in infants in Brazil, is emerging as a public health priority and rising in the public's consciousness.

El Salvador is the latest affected country in the region to advise women to delay conception—in this case until 2018—a rather harsh and impractical recommendation to implement in any time frame.

In addition, the Centers for Disease Control and Prevention recently advised women who are pregnant or trying to become pregnant to consider postponing travel to areas where Zika is active and to take precautions to avoid mosquito bites.

We do not know exactly how fast or far Zika will spread, but with the past as precedent, we can expect rapid spread of the virus across the Western Hemisphere in the coming months.

Brazil is already a disease hotspot—an estimated 500,000 to 1.5 million people there had been infected as of early January, and nearly 4,000 children have been born with congenital microcephaly since October, more than a 30-fold increase over recent annual numbers of a rare condition that can cause babies to have small heads and severe neurological impairment.

On its own, this is a distressing enough development, but Zika virus also has the potential to disrupt the 2016 Summer Olympics, which Rio de Janeiro will begin hosting in early August. Both public health officials and the general public can take advantage of the knowledge we do have about Zika virus to try to reduce the threat of this disease and make the Games safer for the athletes and male and female spectators alike.

The virus is carried by the same mosquitoes that spread dengue, yellow fever, West Nile and Chikungunya viruses, and is closely related to those viruses.

Where Chikungunya appears and spreads, outbreaks of Zika virus seem to follow.

Locally transmitted Chikungunya appeared in the Americas in 2013 and, just two years later, had spread to nearly every country in the region, with 1.7 million cases reported to the Pan American Health Organization.

Zika virus mainly causes asymptomatic infection or mild disease, but has also been linked—pending more definitive validation—to serious complications. They include the disabling neurological disorder Guillain-Barré syndrome (remembered for disrupting U.S. swine flu vaccination in the late 1970s and reported by French Polynesia in 2013 in connection with Zika virus) and microcephaly, reported by Brazil in late 2015.

While there is no vaccine, antiviral therapy, or readily available diagnostic test for Zika virus, people can and should take simple precautions against mosquito bites. They can use insecticide and wear protective clothing during the daytime, when the mosquitoes are most active.

Since avoiding travel to the region isn't an option for Olympians—and surely not a preferred option for their fans—organizers of the Games, together with public health officials, should consider undertaking an environmental intervention that is eminently feasible and could potentially reduce transmission of Zika virus to a significant degree. But officials must act quickly before waves of people start canceling their plans to travel to the Summer Olympics.

The intervention takes advantage of what is known about the mosquitoes that spread the disease: The Aedes species have relatively short flight range (typically 100 to 200 yards) and tend to breed in small containers with standing water commonly found around homes, such as flower pots.

Asking people to regularly dump the water from such containers throughout Rio de Janeiro (including around the Olympic venues and athlete residence sites) should greatly reduce breeding opportunities for the mosquitoes.

If localities can interrupt breeding long enough for those already infected to get well, then there would be fewer mosquitoes, fewer infected people for the mosquitoes to bite, and thus less opportunity for mosquitoes to acquire the virus and spread it to the next uninfected person.

In principle, this straightforward preventive measure could make a significant difference in Zika virus transmission in the short term. It would be wise, time permitting, for researchers to develop and run models before implementing these interventions. Modeling would simulate different combinations and levels of these interventions and assess their potential impact. But with the swiftly changing arc of the Zika virus, there may not be time for this.

Research to develop a readily available diagnostic test, an effective vaccine, and effective antiviral treatment are crucial in the longer term.

For now, public health officials and their partners must do all they can to control the disease, using the tools at hand. That may include instituting a public health campaign to reduce mosquito-breeding sites and promoting prudent protection against mosquito bites.

The toolbox may be modest, but these practical tools could still make a difference.

Melinda Moore, M.D. is a public health physician and senior natural scientist at the nonprofit, nonpartisan RAND Corporation and a professor at the Pardee RAND Graduate School.