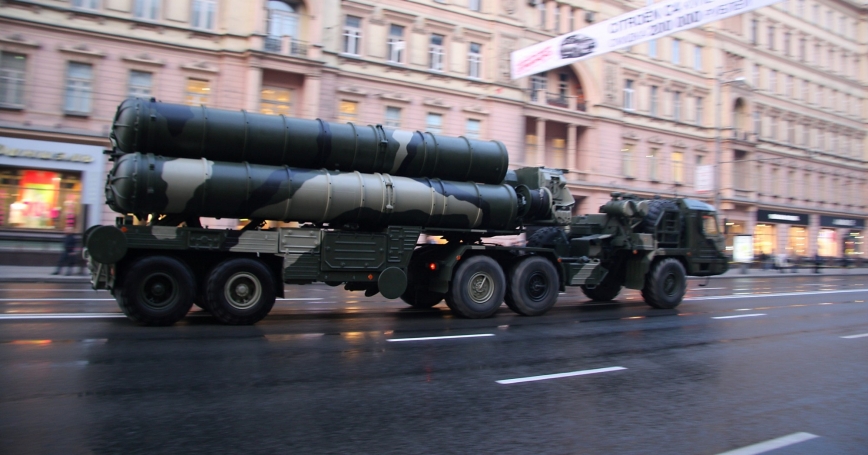 The Russian S-400 TRIUMF (NATO designation SA-21) surface to air missile (SAM) entered the global media spotlight late in 2015 when Moscow deployed the system after Turkey's shoot-down of a Russian Su-24 FENCER airplane near the Syria border on Thanksgiving Day. The Russian deployment compelled Turkey to pause its air operations and reportedly impacted the execution of U.S. and coalition air operations in the region, demonstrating the considerable reach and influence of this advanced air defense system.

This episode demonstrated the S-400's potential as a weapon with strategic effects, a role that China, the first export recipient of the system, may seek to exploit in future crises. In April 2015, Russia announced the sale of four to six S-400 battalions to China. It remains unclear where China will deploy the assets. However, deployment of the system could influence the regional security order and dramatically impact the ability of the United States and its allies to respond to crises related to Taiwan, the Koreas, and the East and South China Seas....

This commentary originally appeared on War on the Rocks on January 21, 2016. Commentary gives RAND researchers a platform to convey insights based on their professional expertise and often on their peer-reviewed research and analysis.