Informality and Formality: Two Ends of the Employment Continuum 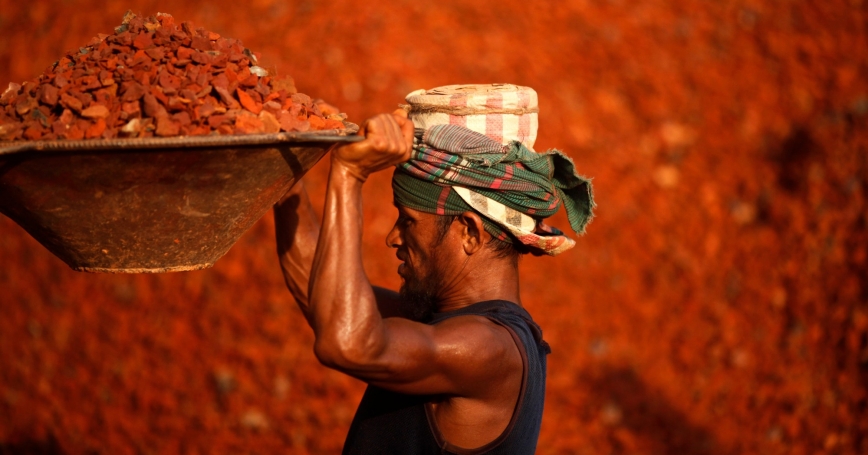 A laborer lifts a basket of crushed bricks at a construction site in Dhaka, Bangladesh, May 22, 2014

Informal employment predominates in many low-income countries and is here to stay, possibly for a very long time. Such employment includes casual and temporary workers, day laborers and domestic workers. It is also the owners, unpaid family employees and workers in household enterprises and other small firms that fly under the government's radar. Although many developing countries have experienced strong economic growth in recent years, their share of informal workers has remained stubbornly high.

Informal employment may even increase in coming years. Many youths in developing countries continue to be informally employed, and there is growing informalization (PDF) of formal sector jobs due to contract employment, casual labor and other arrangements. Traditional expectations for a stable, full-time job as the norm are also being challenged in the developed world.

The apparent staying power of informality is a concern because informal employees tend to be paid lower wages, and to receive fewer benefits and legal protections than formal employees. Thus, a critical issue for policymakers is how best to improve conditions for those who remain informally employed.

One potential option is to extend formal labor regulations to a wider set of firms that would include informal employers. But enforcing these regulations could be prohibitively costly for low-income countries. It may also be counterproductive: A number of studies from low-income countries show that making it more expensive for firms to hire employees formally — for example, by requiring termination notices or higher wages — can reduce formal employment. This is particularly true for vulnerable groups such as youths, unskilled workers and women. It also can end up increasing employment outside the regulated sector.

Therefore, it becomes critical to recognize that informality and formality are two ends of a continuum. It is also critical to identify those specific aspects of formality that workers value most, that employers would be most willing to provide, and that governments would find most feasible to enforce. In fact, many workers classified as formal by standard criteria do not have access to the full suite of benefits associated with formality, while many informal workers do have one or more such benefits.

These are the dimensions of formality that we can, and do, measure. Perhaps even more critical are the dimensions that typically remain unmeasured such as adequate workplace safety, freedom from coercion and access to legal recourse in the case of mistreatment; formality may also help protect workers from mistreatment or abuse. When a firm or its workers are registered with the government, there is a greater chance that basic health and safety regulations may be enforced, that conditions such as child or bonded labor may be hard to conceal, and that workers may be able to appeal to authorities when faced with unfair labor practices.

An important issue for policymakers to consider is which dimensions of formality to target for expansion. Which aspects do workers value most about a formal job? Is it a contract, termination notice, paid sick leave or time off? Is it the level of pay, stable hours, or the right to appeal to authority in case of poor working conditions or contract violations? Which benefits would employers be most willing (or find least costly) to provide, and might be least likely to push more employment into the shadows? Would certain benefits be easier for governments to encourage and monitor — for example, through random spot checks in industrial clusters — without requiring small firms to register and thus become subject to the full suite of formal regulations?

Developing a better understanding of the aspects of formality that are most valuable to workers, are easiest for small firms to adopt, and are most likely to be enforced is a critical step toward designing more targeted and effective policies to improve working conditions for the majority of workers in low-income countries.

Shanthi Nataraj is an economist and the associate director of the RAND Arroyo Center's Personnel, Training, and Health Program at the nonprofit, nonpartisan RAND Corporation.

This commentary originally appeared on The World Bank Jobs and Development Blog on January 21, 2016. Commentary gives RAND researchers a platform to convey insights based on their professional expertise and often on their peer-reviewed research and analysis.