Iran, Terrorism, and Nonproliferation After the Nuclear Deal 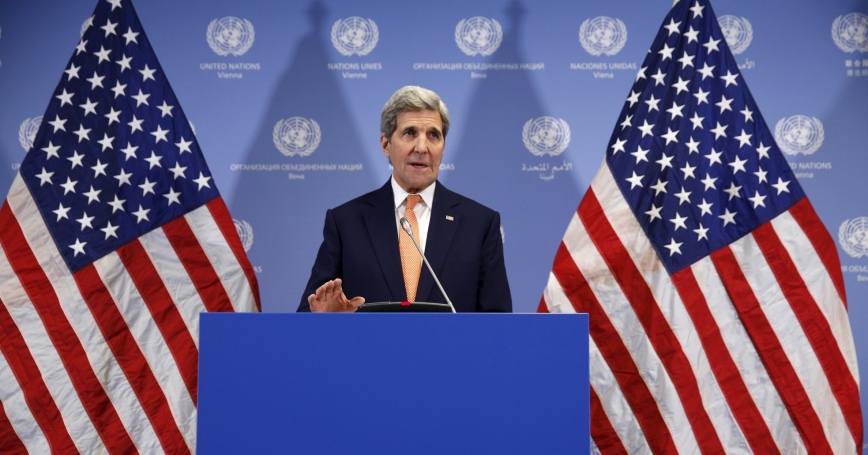 U.S. Secretary of State John Kerry says that sanctions will be lifted after the IAEA verified that Iran has met all conditions under the nuclear deal, January 16, 2016

After years of tough negotiations and raucous debate, the Joint Comprehensive Plan of Action (JCPOA) entered the implementation phase on Jan. 16. In addition to marking Tehran's verified action to dismantle central components of its nuclear program, Implementation Day signaled the beginning of sanctions relief for Iran.

Assuming implementation of the agreement continues to move forward, Iran will receive a substantial financial windfall from sanctions relief. While Tehran may direct some, or even most, of the money toward domestic economic priorities, it is likely that a meaningful sum will be diverted to Iran's efforts to destabilize the region, including its support for terrorism. Indeed, Secretary of State John Kerry indicated last week that “some of it will end up in the hands of the IRGC (Islamic Revolutionary Guard Corps) or other entities, some of which are labeled terrorists.”

Radha Iyengar is a senior economist at the nonprofit, nonpartisan RAND Corporation. Rebecca Friedman Lissner is an International Security Studies Fellow at Yale University and a Ph.D. Candidate in the Government Department at Georgetown University.

This commentary originally appeared on War on the Rocks on January 28, 2016. Commentary gives RAND researchers a platform to convey insights based on their professional expertise and often on their peer-reviewed research and analysis.